Lessons They had me on hold for like 20 minutes! 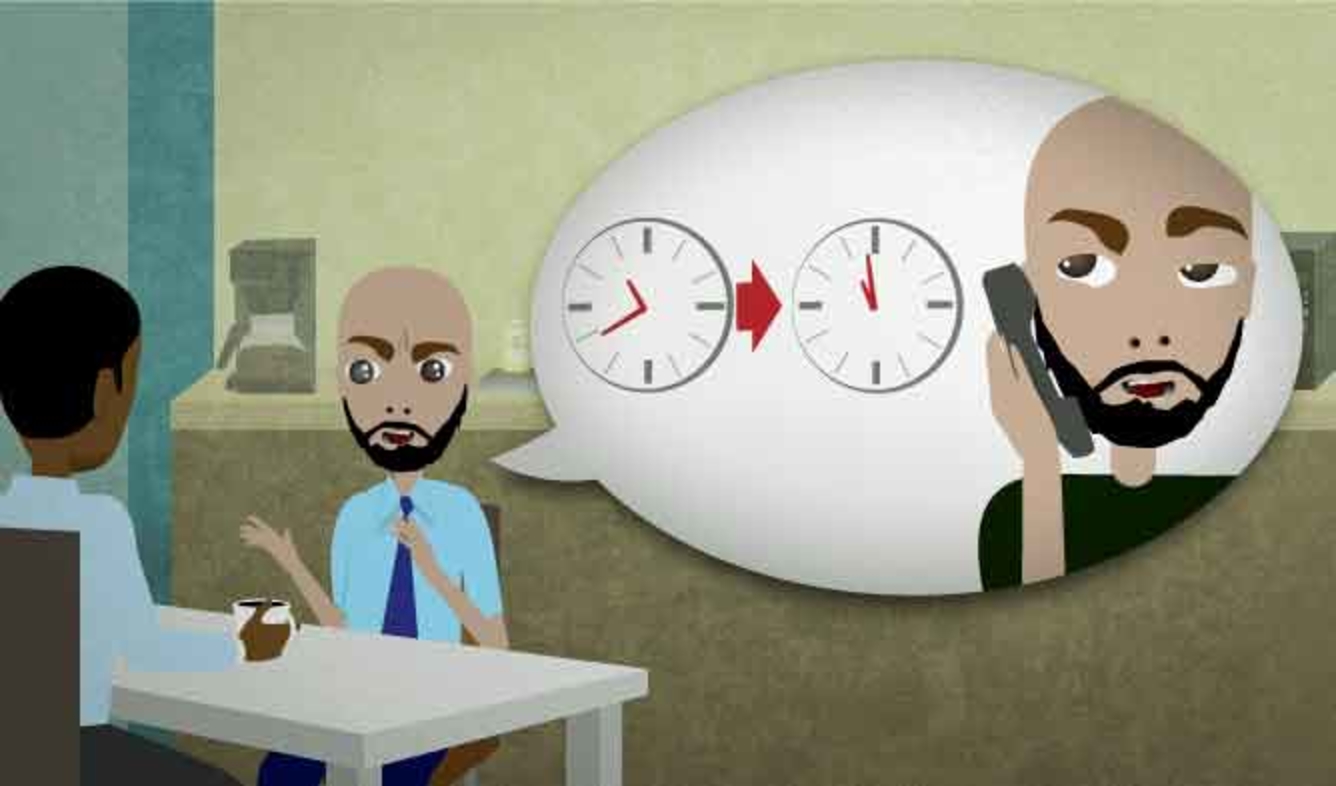 You had to call your cable company because of a problem with your bill. They made you wait on the phone for a long time. You're complaining about this experience to a co-worker. You say this.

put (someone) on hold

When you call a company, they sometimes have to "put you on hold". When you're "on hold", you can't hear the other person. Sometimes music will play while you're on hold. After you've waited for a while, the other person will pick up the call again.

In the example above, the speaker says that the company "had" him on hold instead of "put". The word "had" instead of "put" communicates the feeling of being forced to wait.

He went on for like twenty minutes about how his neighbor is putting in a swimming pool.

Some older people don't like it when people use "like" in this way, but it's a pretty well-established part of spoken language for a lot of English speakers now. It's not used in formal writing or speeches.

“The doctor will be with you in just a moment.”