Lessons This might sound sexist, but I do bel...

“This might sound sexist, but I do believe a woman should stay home and take care of the children.” 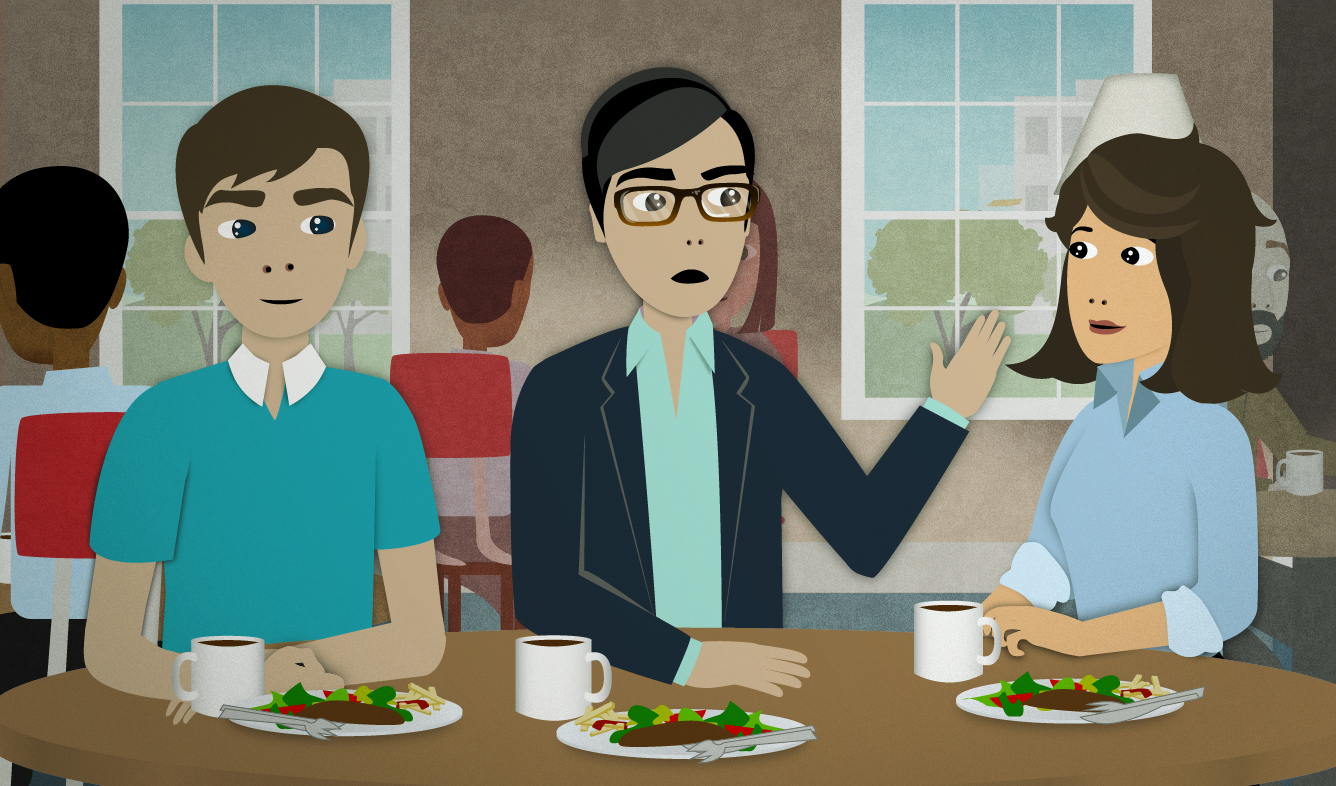 You're in a discussion with some friends about women who are focused on their careers. You hold pretty traditional ideas about women working. You want to state your opinion, but you know that some of the people listening won't agree with it. You offer this point of view.

This might sound sexist, but I do believe a woman should stay home and take care of the children.

I believe that (clause)

The word "believe" means to think that something is true, even though there's no clear proof of it. You can say that people "believe" ideas when you don't think their ideas are true, or when you admit that they might or might not be true:

People in the Middle Ages believed that the Earth was the center of the universe.

Buddhists believe that we are reincarnated and our souls return to the world again and again.

When you want to tell people your ideas about religion, philosophy, morality, or the meaning of life, you often start with "I believe that..." You start this way when you're saying something that other people might not agree with. For example:

I'm a vegetarian because I believe that it's wrong to use animals for food.

I believe that God is looking out for all of us.

I believe that every American should have the right to own a gun for the protection of his or her family and country.

If you have an opinion that you do think everyone agrees with (or should agree with), don't use "I believe":

Enslaving another human being is wrong.

Use this phrase to prepare listeners for something you're going to say. Common adjectives to use in this expression are:

This might sound crazy, but what if we opened the show up to the general public and sold tickets to it?

This might sound harsh, but I say we kick him out of the apartment if he's late with another payment.

This might sound stupid, but can't we just go up to him and ask him directly?

So you use this kind of phrase by thinking of what negative adjectives people might think of, and then saying "This might sound ___, but..." When you do this, the listener can't complain as much about what you said because you've already admitted that it might be sexist, crazy, harsh, and so on.

(a) sexist (idea or statement)

Being "sexist" means that you think that men and women can't or shouldn't be allowed to do the same things.

People usually call each other "sexist" for thinking that women shouldn't be allowed to do the things that men do. It's uncommon for someone to be accused of being "sexist" against men. You may hear a man call a woman "sexist" as a joke sometimes, though.

A: Honey, it's your job as a man to make money and support me.

stay home and take care of the children

This whole phrase is often used together to describe what a housewife (or, less commonly, a house-husband) does.

I wish I could stay home and take care of the children, but we can't afford to get by on just one salary.

“Actually, I had a question about the previous slide. Could you go back to that?”

“I hear some kind of siren in the background.”