Lessons Uh, babe? You might want to trim that... 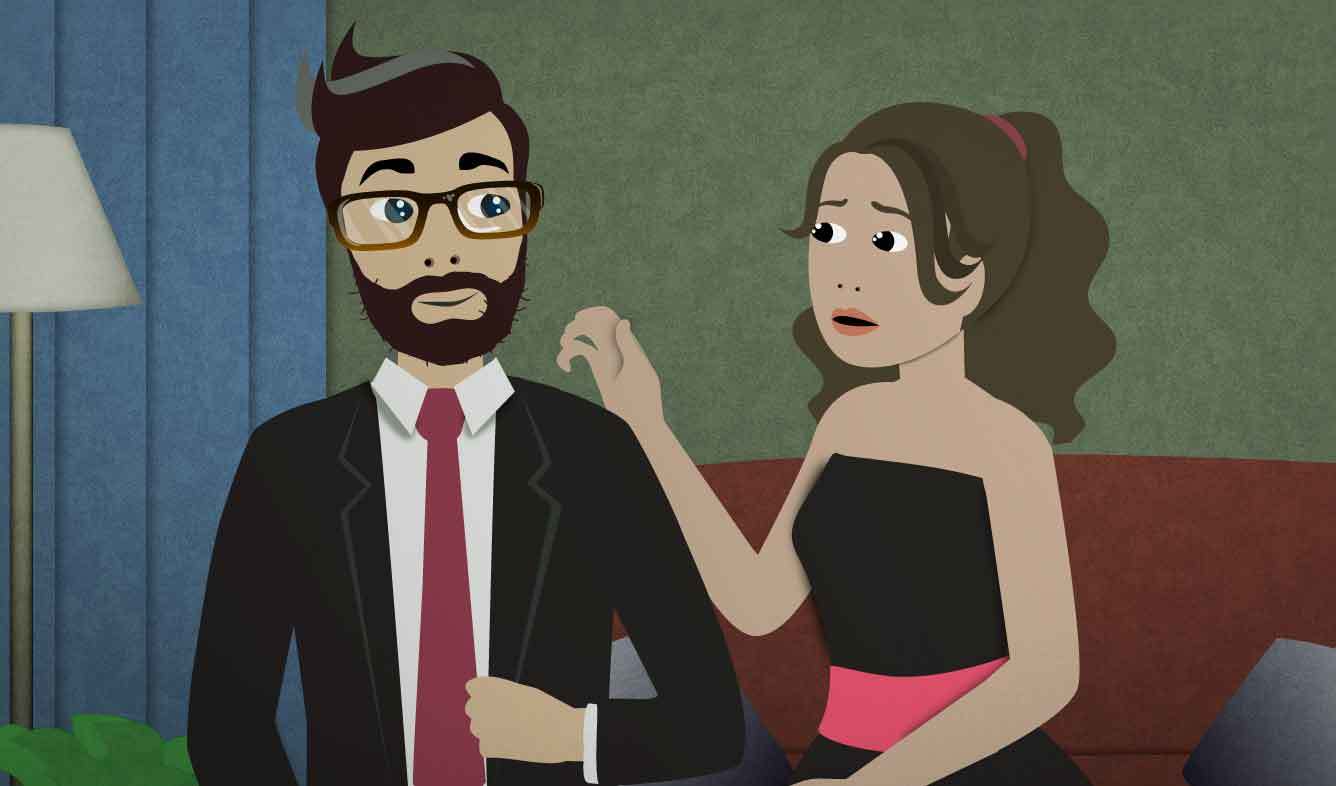 You're going to the ballet with your boyfriend tonight. When you get home from work, you notice that his beard looks a little messy. You suggest that he clean it up.

Uh, babe? You might want to trim that beard...

"Trimming" something means cutting it just a little to make it look nice. When you "trim" someone's hair, you just cut it a little bit.

You can talk about what part of a person's hair is being cut:

She trimmed the bottom.

Can you trim the sides and leave it long in the back?

Aside from hair, you can also "trim":

Use "You might want to..." to suggest that someone do something. For example, if a teacher think that her student should study more, she can say:

This phrase is polite enough to use in a variety of situations: with strangers, with family members, with coworkers, etc.

"Babe" is a name that people sometimes use for their boyfriend, girlfriend, wife, or husband. It's short for "baby" but "babe" sounds less personal. Use it like this:

Babe, can you come in here and help me move this table?

A "beard" is hair that covers a large part of someone's face. It's different from a "mustache", which is hair that's only above the lips.

You might use the sound "Uh" before telling someone something that seems a little rude or offensive:

Uh, excuse me. What exactly do you think you're doing?

Uh, sir? I think you're going the wrong way.

“I'll fiddle around with it for a while.”