Lessons Wait a second. Since when do you play...

“Wait a second. Since when do you play golf?” 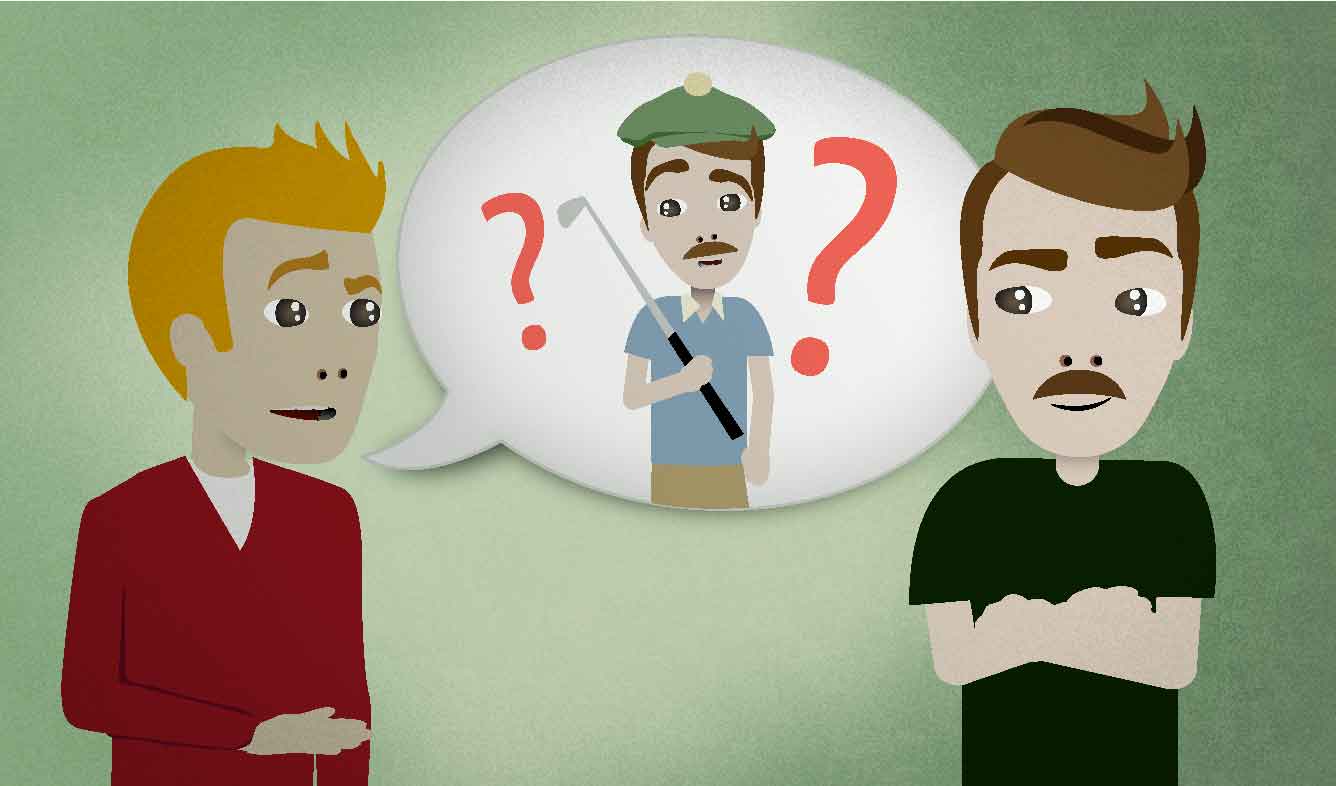 Your friend is telling a story about something funny that happened to him. While telling the story, he mentions that he was playing golf. You didn't know that he played golf, and it doesn't seem to fit his personality. You say this, interrupting him.

Wait a second. Since when do you play golf?

Use this to interrupt someone's story or explanation. For example:

A: No, you see, I wasn't able to get the curtain rod because the place I went to only had really short ones, and then when I went to the next place —

B: Wait a second. They only had short ones. Like how short?

"Wait a second" is really useful for situations where you don't want someone to continue talking because you're worried that the conversation will move on to another topic, and you'll miss your chance to say something. This is especially useful for asking people questions about something you don't understand:

A: So here's a prescription for your nasal decongestant and for the antibiotics. Now, it's important that you continue taking these until the prescription completely runs out.

B: Wait a second. Are you saying I have to take both of them until they run out, or just the antibiotics.

A: Sorry, yeah. I just meant the antibiotics.

Since when do you (do something)?

When someone that you know well does something new that they've never told you about before, it can be surprising. When you're surprised by a friend, coworker, or acquaintance's actions in this way, you can say "Since when do you ___?"

For example, if a family member who usually doesn't listen to you suddenly asks for your opinion, you can say:

Since when do you care what I think?

If your friend who's never studied Spanish before tells you that he bought an Spanish grammar book yesterday, you can say:

Since when do you speak Spanish?

It's important that you understand this: you don't ask "Since when do you..." if someone tells you about something new that they're doing. You say this if they mention something that they've already been doing for a while, but which you've never heard about before.

Also, notice that each of these examples uses "do you" instead of "did you", even though they kind of describe the past.

friend golf interrupting someone teasing someone after
Print this Lesson

“She stayed by his side the whole time.”

“I just wanted to make sure we're all on the same page.”