Lessons We ask that all electronic devices be...

“We ask that all electronic devices be turned off and stowed at this time.” 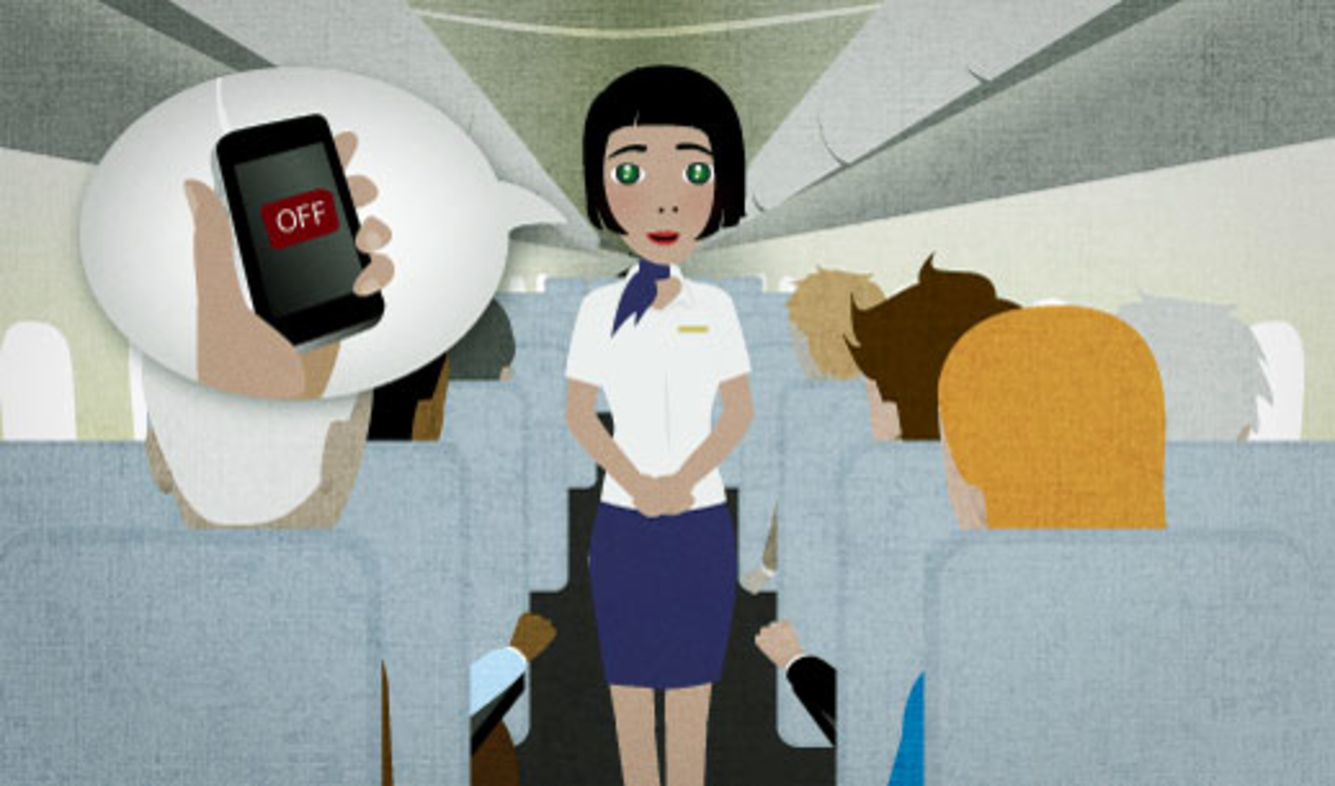 You're on an airplane that's getting ready to take off. A flight attendant is making announcements. She says this, so you have to turn off your mobile phone.

We ask that all electronic devices be turned off and stowed at this time.

The verb "stow" means "put". You "stow" something in a place when you want to keep or hide it.

The word "stow" is especially used on boats and airplanes.

We ask that (someone)(do something)

This is a very formal way for a company or organization to ask a group of people to do something. It means "Please ___" but sounds a lot more respectful. Here are some examples:

We ask that you refrain from talking during the presentation.

We ask that you be patient while we work to address this problem.

When you use this structure, the verb is in the simple form:

We ask that you wait here.

When a machine or electronic device is on, you can "turn it off".

"Turn off" refers just to the action of switching something from "on" to "off". After you turn something off, you say that it "is off":

A: Hey, turn off your phone.

You can also say "shut off", which has the same meaning but is a little more casual.

It will be fixed

...mean that someone will do something. You avoid saying exactly who will do it by using this structure.

You might speak this way if you don't know who did an action:

Or if you want to hide who did it:

I was told not to say anything.

Another reason to use "be done" is for politeness. Instead of directly telling someone what to do:

You have to fasten your seatbelt.

Seatbelts must be securely fastened.

"At this time" is a formal way of saying "now".

People use this phrase when making formal announcements:

We have nothing further to report at this time.

At this time, would all department heads please report to Conference Room A?

“Nelly, can you maybe shed a little light on this?”

“Pull up a little closer.”