Lessons We have a complimentary breakfast buf...

“We have a complimentary breakfast buffet available from 7 to 10 a.m.” 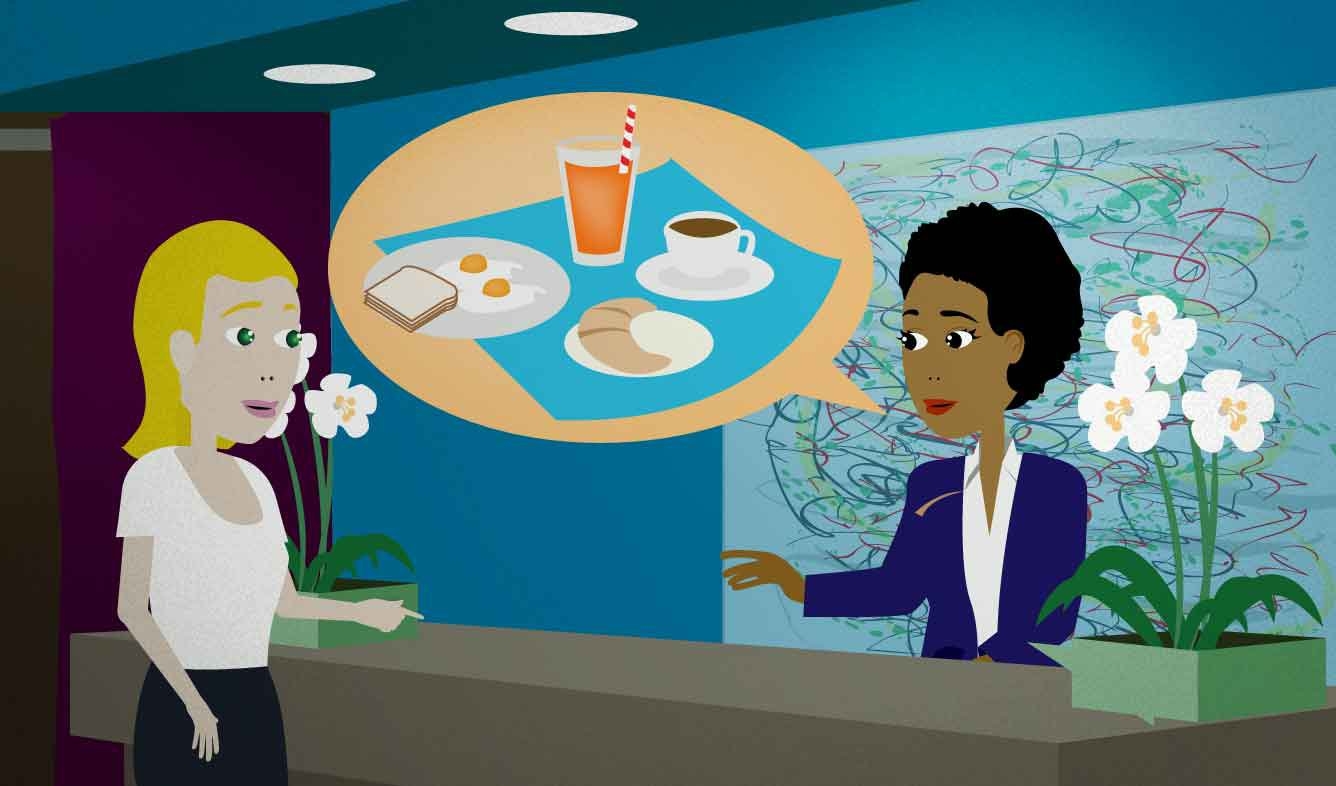 You work at a hotel. A guest is checking in. You're telling him about some of the things that your hotel offers. You explain that he can eat breakfast for free.

We have a complimentary breakfast buffet available from 7 to 10 a.m.

"Complimentary" means "free", but it sounds a lot fancier and nicer. So hotels, restaurants, theaters, and stores use this word when they want to offer something free to their customers without sounding too cheap. Here are examples of "complimentary" things:

A "buffet" is a way of serving food at a restaurant, hotel, event, etc. All of the food is laid out on tables or in special serving carts. Customers or guests walk up to the food and take whatever they want.

When people think of a "buffet", they usually think of an "all you can eat buffet". At this kind of restarant, customers pay one price but can eat as much food as they want.

Some common types of buffets are:

There are some other types of foods that are served in the same way, but aren't called "buffets":

(something) is available (at a certain time / in a certain place)

When something is "available", it means that someone has it, and that people are allowed to use it. For example, an employee at a gym might say:

You can also say that "there is ___ available":

There's coffee and donuts available in the lobby.

We'll have some more available on Wednesday.

I don't know if anyone's going to want to drink, but it's nice to have something available in case they do.

To talk about a time in the morning, you can use the abbreviation "a.m.":

It's correct to put periods after the 'a' and 'm', but recently more and more people write it like this:

The abbreviation for a time after noon is "p.m."

When you're speaking out loud instead of writing, using "a.m." and "p.m." makes the time sound quite exact. A less formal way to speak is to drop the abbreviation when it's obvious:

I wake up at about nine.

I slept until three in the afternoon.

food in a hotel
Print this Lesson

“A lot of insects like butterflies and mosquitos go through a life cycle with ...”