Lessons We have over 300 locations across the... 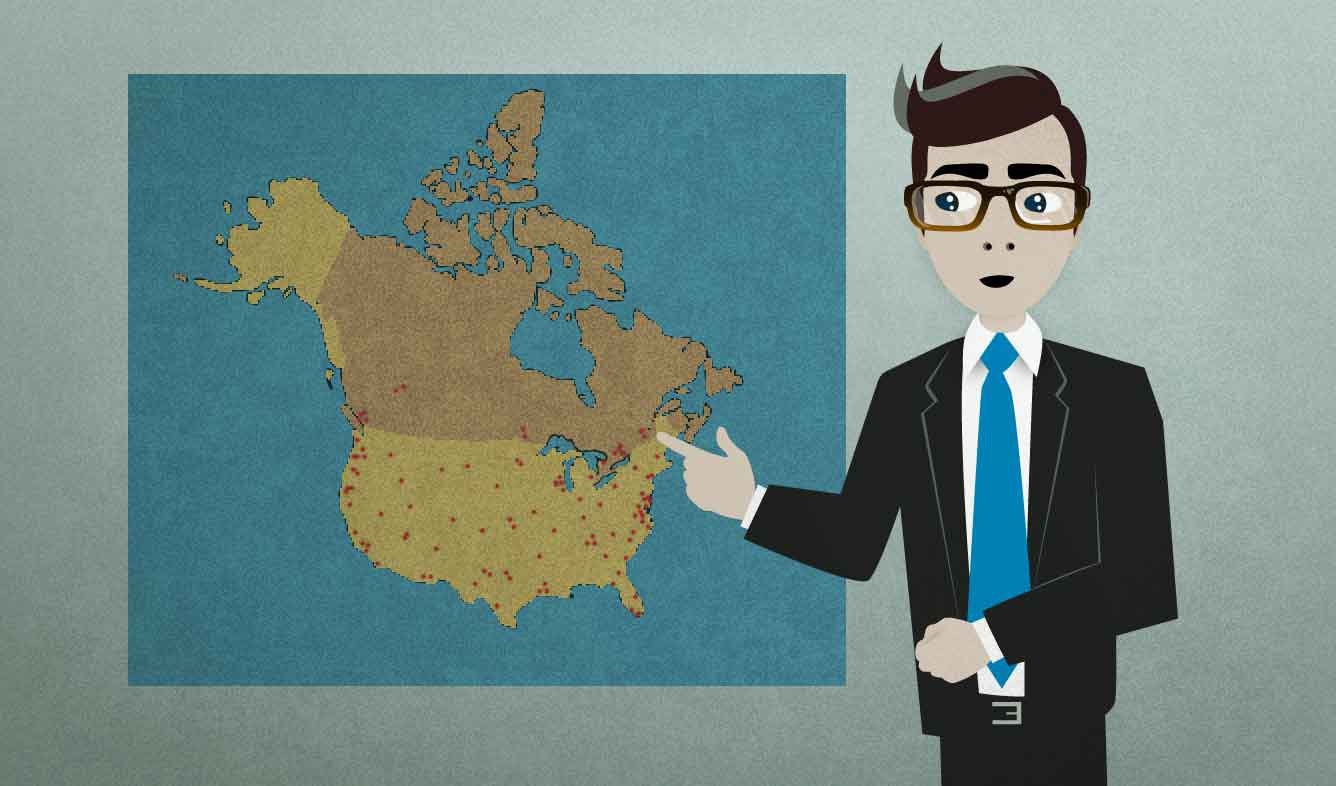 You work for a fast food company. You're giving a presentation about your company's business. You describe how large the company is.

We have over 300 locations across the U.S. and Canada.

A store or restaurant company that has lots of stores in different places is called a "chain". Each store in the chain is called a "location". For example a representative from such a company could say:

We have over 300 locations across the U.S. and Canada.

You use the word "location" in this way when you're talking about the company as a business. In everyday life, when you want to talk about one store or restaurant in a chain, you just call it a "store" or a "restaurant".

When you're talking about something that exists in many different places in a country, use the word "across" to describe where it is:

Libraries across the U.S. are having to make big changes to how they operate.

"Across" only works for countries that are fairly large, however. It wouldn't fit well for an island country. "Throughout" would be better:

People throughout Japan are getting caught up in the craze.

“Keep your eyes on the ball.”