Lessons We might as well sell it for scrap me...

“We might as well sell it for scrap metal.” 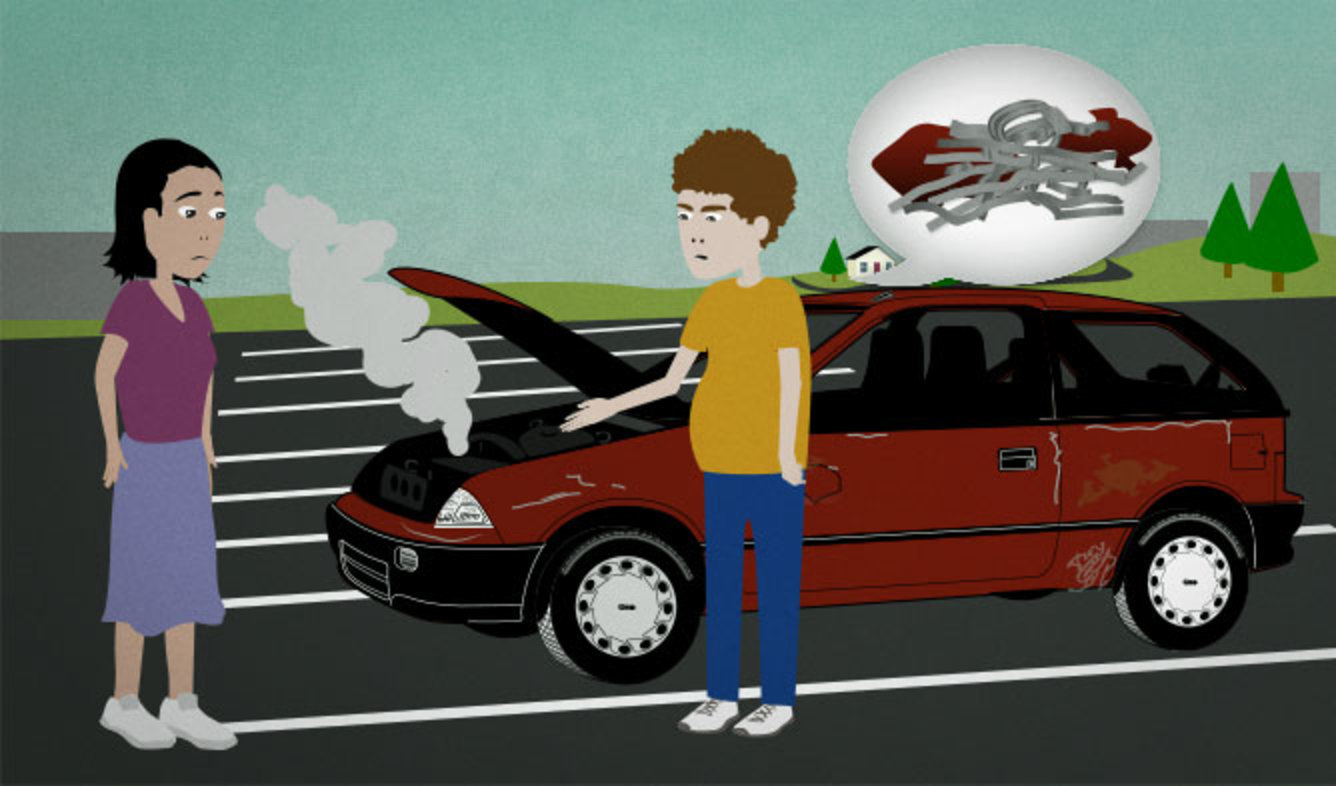 Your car's engine broke down. The car is really old, so you'll have to spend more to fix it than the actual value of the car. You suggest getting rid of the car at a junk yard.

We might as well sell it for scrap metal.

Use "might as well" to talk about doing something that you didn't originally want to, but is now your best choice.

For example, if you wanted to wanted to go to sleep, but you can't sleep, you might think:

Your first choice was sleeping, but reading a book is better than laying in bed without sleeping.

A: There's so much work to do!

B: You might as well get used to it. That's how things normally are around here.

Read this lesson for a different explanation of how to use "might as well":

sell (something) for scrap metal

"Scrap metal" is metal that's taken from old cars, machines, and appliances. The metal is melted down to be used to make new things.

When you have something like a car or washing machine that's old and can't be repaired, you can sometimes sell it for a very low price to be used as scrap metal.

“They're down to four teams now.”

“Before you pull out, check in your rear view mirror to see if there's anyone ...”