Lessons Welcome aboard Flight 187 to Chicago....

“Welcome aboard Flight 187 to Chicago. Our travel time this morning will be approximately one hour and fifteen minutes.” 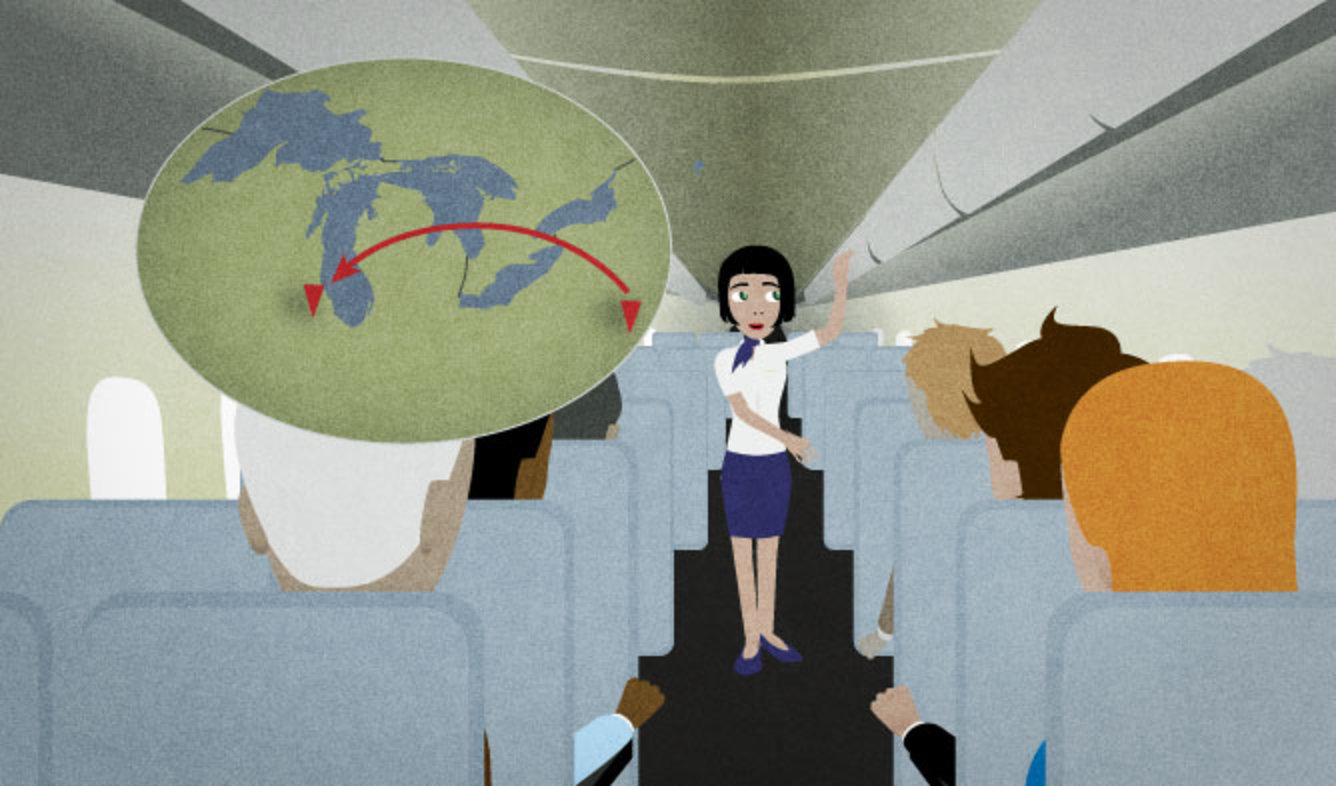 You've just gotten onto an airplane for a flight. The captain makes an announcement to everyone that starts like this.

Welcome aboard Flight 187 to Chicago. Our travel time this morning will be approximately one hour and fifteen minutes.

"Approximately" means "about". Use it when you don't know or don't want to tell someone an exact number. For example, you may hear this on an airplane:

We'll be arriving in San Francisco in approximately two hours and forty minutes.

You can use "approximately" to talk about numbers as well as time:

We have approximately one thousand two hundred students.

"Approximately" is more formal than "about". Use it for written documents and essays, when speaking with customers you don't know well, or in formal speeches.

Welcome aboard (an airplane or boat)

In an airport or on a plane, employees make announcements about flights this way. They usually add the airline name as well:

This way of announcing a flight is very clear and specific.

Airplane captains usually announce how long a flight is going to be in this way:

Our travel time today will be approximately eight hours and fifteen minutes.

The captain might also say "flight time" instead of "travel time":

Our flight time this afternoon will be approximately two hours and thirty-five minutes.

one hour and fifteen minutes

say the precise time instead of rounding it up or down

use "one hour" instead of "an hour"

say the number of minutes instead of using "and a half"

Here's a casual way to specify the time:

an hour and a half

Here's how you talk about the time formally:

one hour and thirty-three minutes

on an airplane formal will time
Print this Lesson

“I've developed a rash of some kind on my upper back, between my shoulder blades.”