Lessons We're down to only 3 people now. 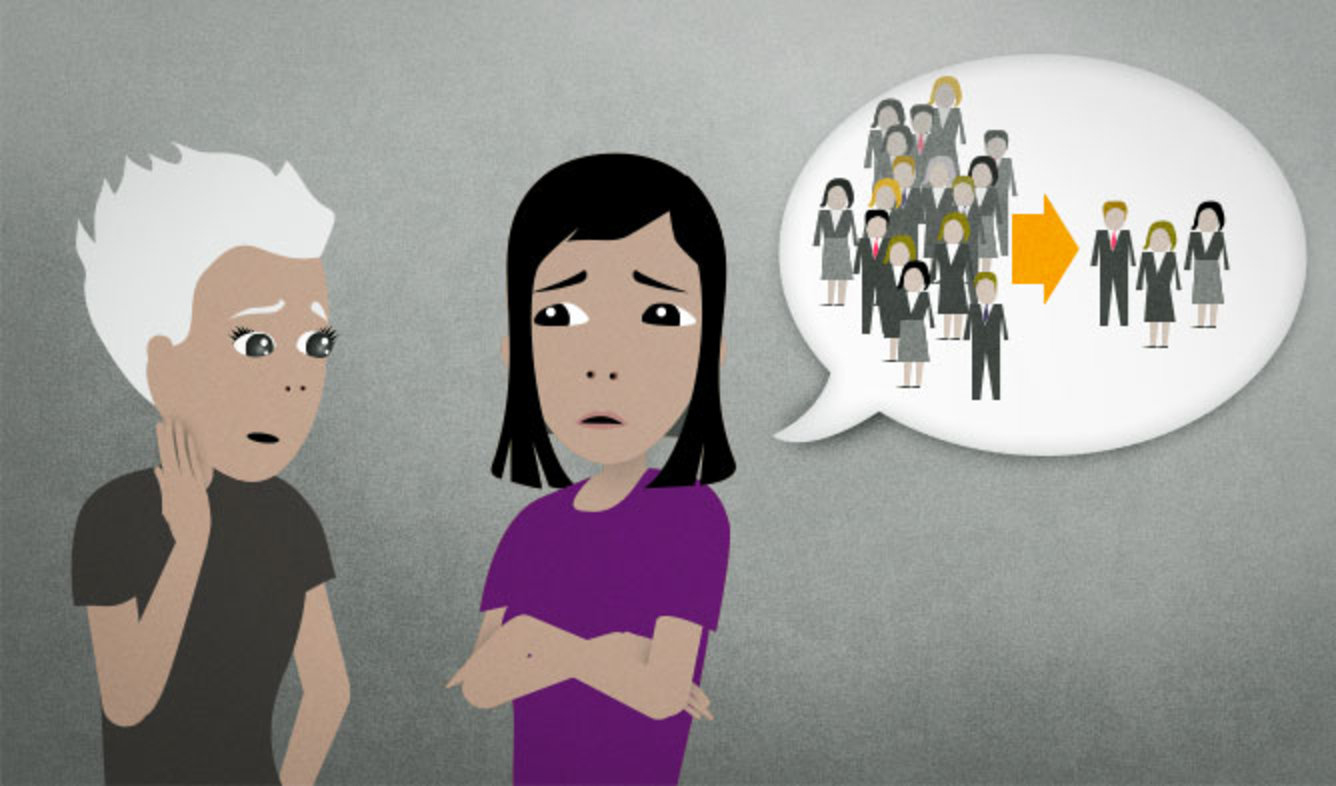 Your company has been having trouble. Most of the people in your department have been laid off, and now it's just you, your boss, and one other employee. You're telling a friend about this situation.

We're down to only 3 people now.

(something) is down to (a number of something)

When there used to be more of something, but now there's less of it, you can use the phrase "down to ___".

For example, you can talk about a sports playoff:

They're down to four teams now.

Or about getting rid of things that you own:

We sold the van, so we're down to two vehicles now.

We're down to half a bag of rice.

Usually you say the number of things that you are down to, but you can also list what's left like this:

Now it's down to just me, Brad, and Gbenga.

Notice that it's common to include "now" somewhere in the sentence.

“Remember that your days don't carry over, so put in your requests soon.”

“Ladies and gentlemen, we're experiencing some turbulence. Please return to yo...”