Lessons We're not stopping to get ice cream, ...

“We're not stopping to get ice cream, and that's that!” 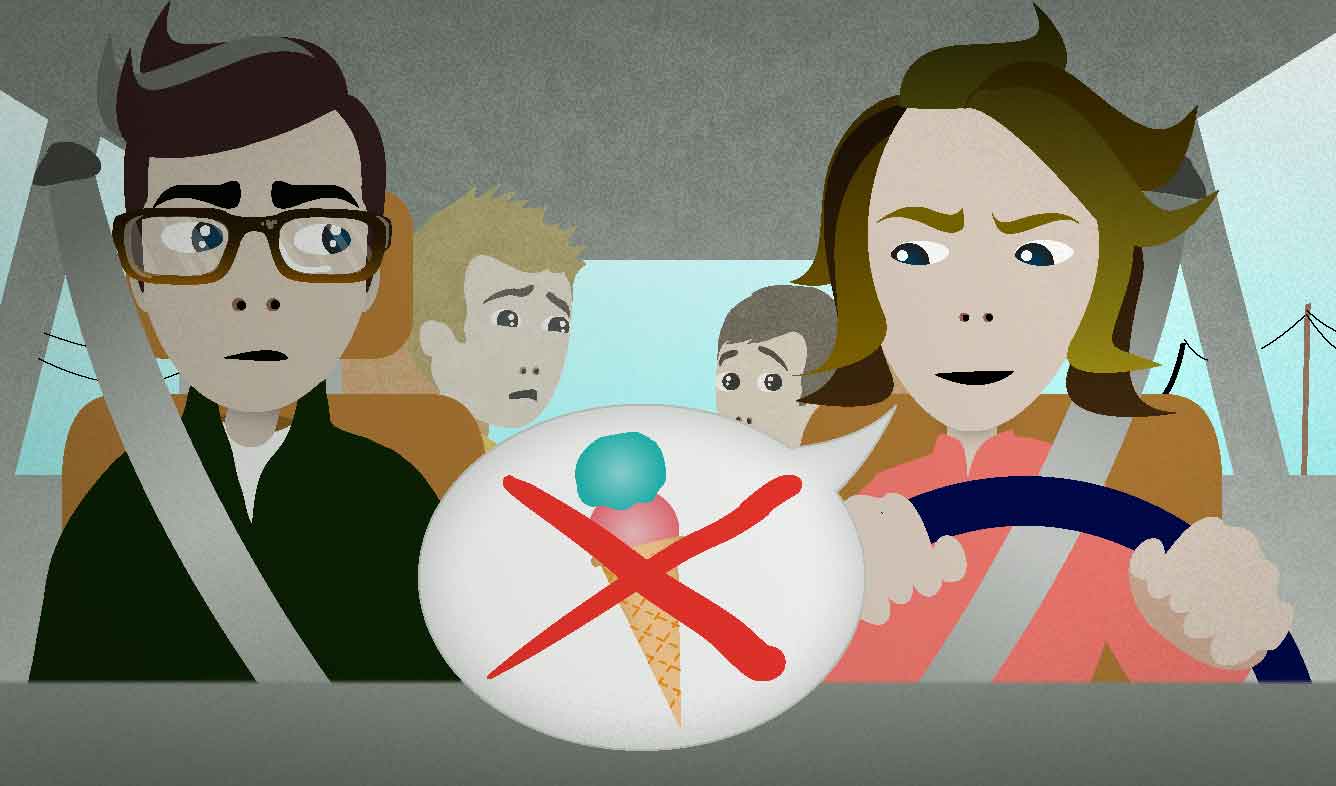 You're riding in a car with your family. Your kids are in the back seat, and they're begging you to get ice cream for them. They keep asking again and again, but you keep saying "no". Now it's starting to annoy you. You say this to end the conversation.

We're not stopping to get ice cream, and that's that!

(someone) is not (doing something)

This is one way to talk about the future:

I'm visiting Grandma Kate at the nursing home on Saturday.

I'm making supper for everyone tonight.

I'm not leaving, and that's that.

I think I'm going to buy him a new camera for his birthday.

I'm not going to go to the wedding.

stop to (do something)

When you're travelling in a car, "stopping to ___" means to stop the car, so that you or the passengers can do something:

I need to stop to pee soon.

Would you mind stopping to get some trash bags at the grocery store on your way home?

Notice that the meaning of "stop to ___" is completely different from "stop ___ing". "Stop ___ing" means that you don't continue doing something:

When are you going to stop smoking?

Use this phrase to end a discussion. "That's that" means that you think a conversation topic is finished. In the example above, the mom doesn't want to discuss getting ice cream with her sons any longer. She says "That's that" to let her kids know that her answer won't change, no matter how many times they ask:

A: Well, I guess that's that then.

“If you have questions about anything, feel free to come by and ask, any time.”