Lessons What if we rented a moving van instea...

“What if we rented a moving van instead of hiring someone?” 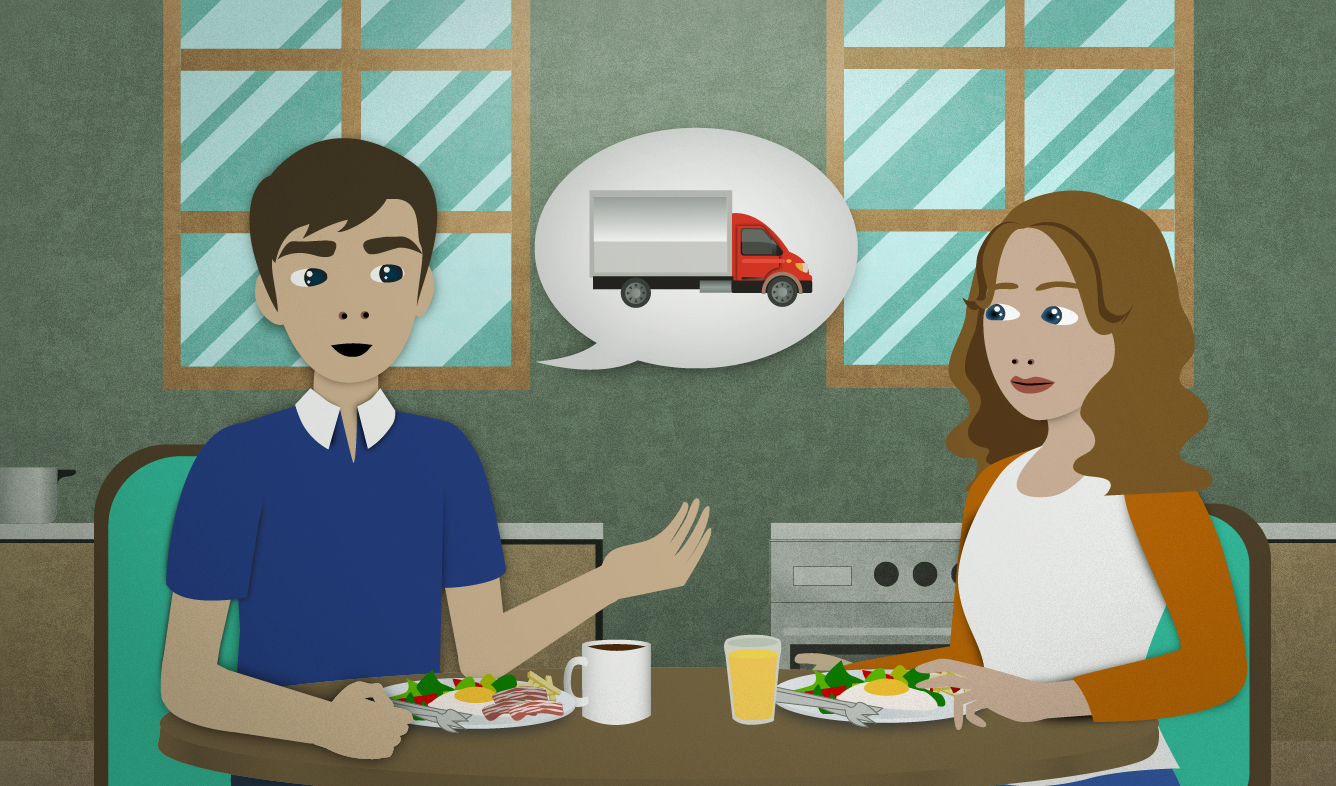 You and your family are planning to move to another city in 2 months. You haven't fully planned how you're going to move all your stuff yet, but you have an idea. While you're having dinner with your wife, you brought up the topic of the move. Now you make this suggestion:

What if we rented a moving van instead of hiring someone?

What if we offered a two-for-one deal?

What if you tried applying for a job at a nursing home?

A "moving van" is a truck that people rent when they are moving. It's shaped like a delivery truck and usually comes with a dolly to help you move things. Some people do this and move their own things instead of hiring a moving company to do it for them.

"Hire" is the verb you use to describe paying a moving company to move your things for you. You also "hire" people like plumbers, electricians, lawyers, and personal trainers:

“What are you doing up at this hour?”