Lessons When she said that, it kind of threw ...

“When she said that, it kind of threw me off.” 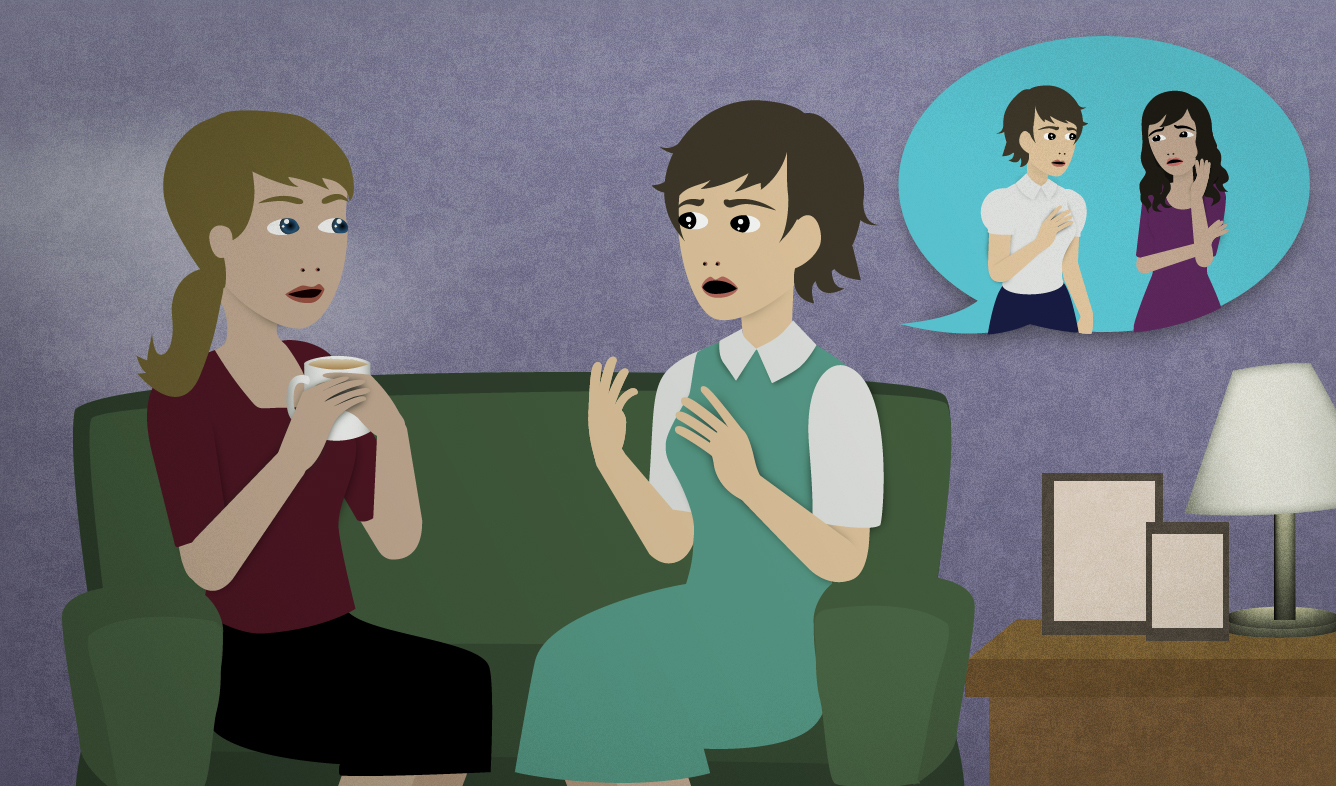 When you were talking with your friend, she said that she was having relationship problems with her boyfriend. You thought that they got along really well, so you were surprised to hear that. Now you're telling your girlfriend about that conversation.

When she said that, it kind of threw me off.

(something) threw (someone) off

When something unexpected happens, you might get "thrown off". That means that you don't know how to react. You think about what happened a lot and can't concentrate on other things.

Here are some examples of things that might throw someone off:

A: When you said that, it really threw me off. I was like, "What does she mean, I might need to watch out for Jay? Is he trying to get me fired or something?"

When (someone) said that, (sentence)

When people tell a story about a conversation, they often explain how they felt about something that a person said.

He said "I'm going to report this to your boss." When he said that, I was like, "Oh crap!"

She told me that she was seventy years old. When she said that, I thought, "Damn, I hope I look that good when I'm seventy!"

“She was really sharp.”

“Come on over if you're not doing anything this afternoon. We'll crack open a ...”