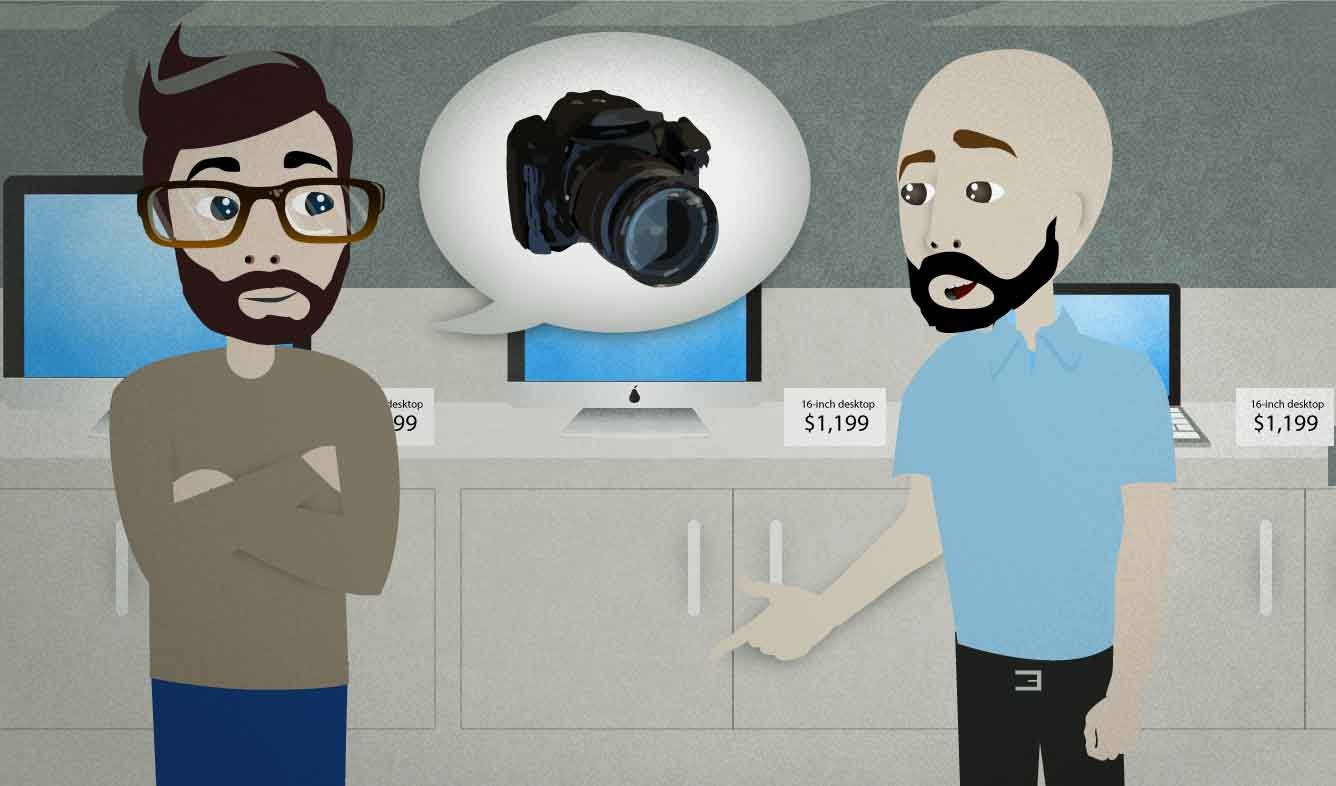 You work at an electronics store. While you're selling a computer to a customer, he tells you that he's a professional photographer and shoots a lot of major sporting events. That job seems difficult to get, so you respond with this.

"Wow!" expresses excitement. You say it when someone tells you something or shows you something. You can use "wow" to express a variety of emotions about the thing you're being told or shown:

"Impressive" describes an accomplishment that you think is good, which not many people are able to do. You say this to praise someone in a slightly formal way.

A: He built the whole thing himself.

It's common to add words like "so", "truly" or "really" before "impressive":

That is truly impressive. I'm so proud of you.

You can also talk about "an impressive (something)":

You have quite an impressive background.

impressed job responding to someone
Print this Lesson

“She's gone on to a better place now.”

“People generally assume that more expensive products are of higher quality, b...”