Lessons You need to arrive to the office at l...

“You need to arrive to the office at least fifteen minutes before the start of your shift.” 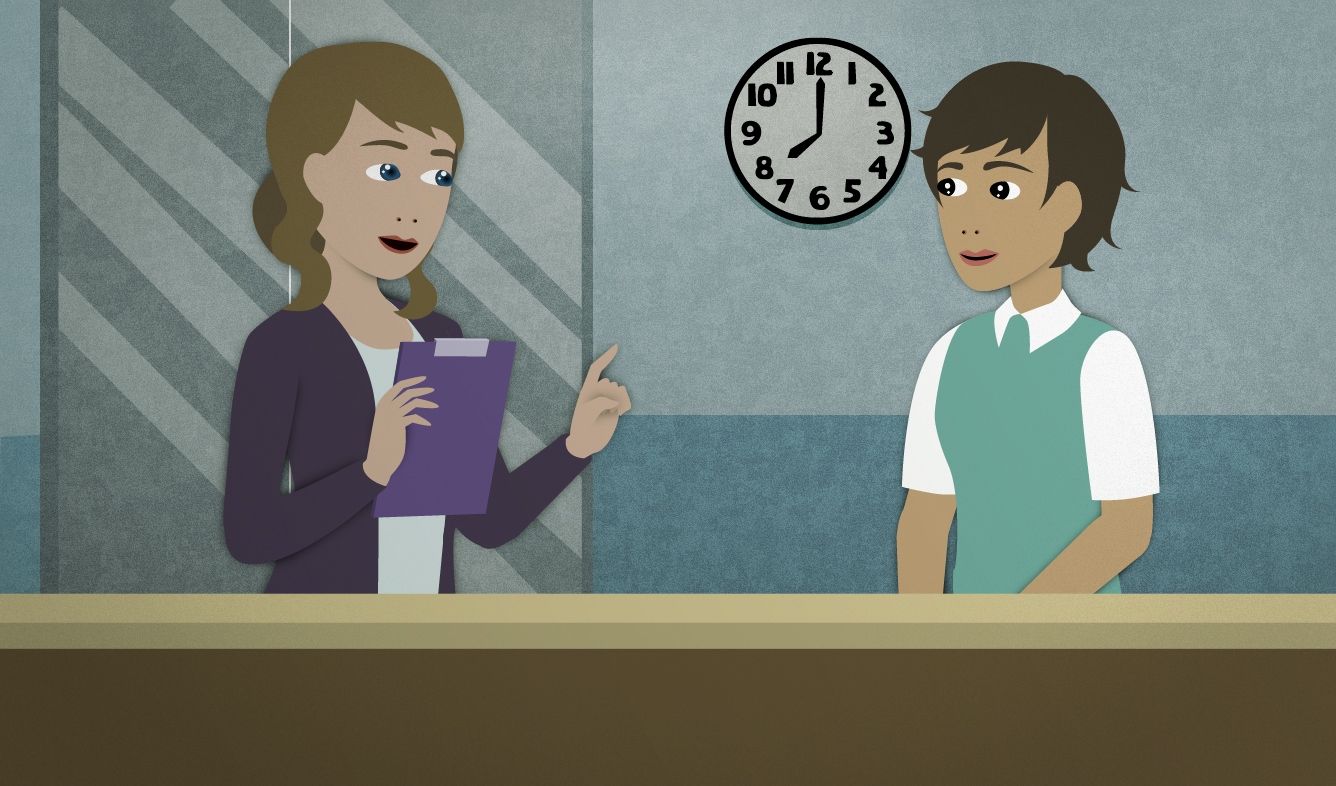 You're a manager at a bank. There's a new teller who just started working there. You're explaining the bank's rules to her. You tell her when to get to work.

You need to arrive to the office at least fifteen minutes before the start of your shift.

A "shift" is the period of time that an employee has to work. Jobs that have "shifts" are usually paid by the hour. One shift is usually between 4 to 16 hours, and can sometimes have a name like:

The verb "work" is sometimes used to talk about a shift. In a job with a shift system, you might hear an employee say:

You need to (do something)

You need to stop talking and pay attention.

You need to get the account manager on the phone and tell him you're sorry, but you made a mistake.

"Arrive to ___" is technically a mistake, but it's a mistake that English speakers often make. The correct form is "arrive at ___":

You need to arrive at the office at least fifteen minutes before the start of your shift.

To "arrive" means to get to a place. "Arrive" is a little bit more formal than "get to". So when telling somene a story, you might say:

I got to the party at around nine.

But if you were in a courtroom, telling a judge or lawyer about something that happened, you might say this:

I arrived at the party at nine o'clock p.m.

at least (a number) before (something)

You use the phrase "at least" to talk about the smallest or lowest number of something:

There were at least 20 people waiting in line already when I got there.

You can also use "at least" to talk about time:

I try to get to the airport at least 2 hours before the flight leaves.

at work time
Print this Lesson

“Do you think this will go well in the study?”

“I know that I have some very big shoes to fill.”