The 50 most important English proverbs 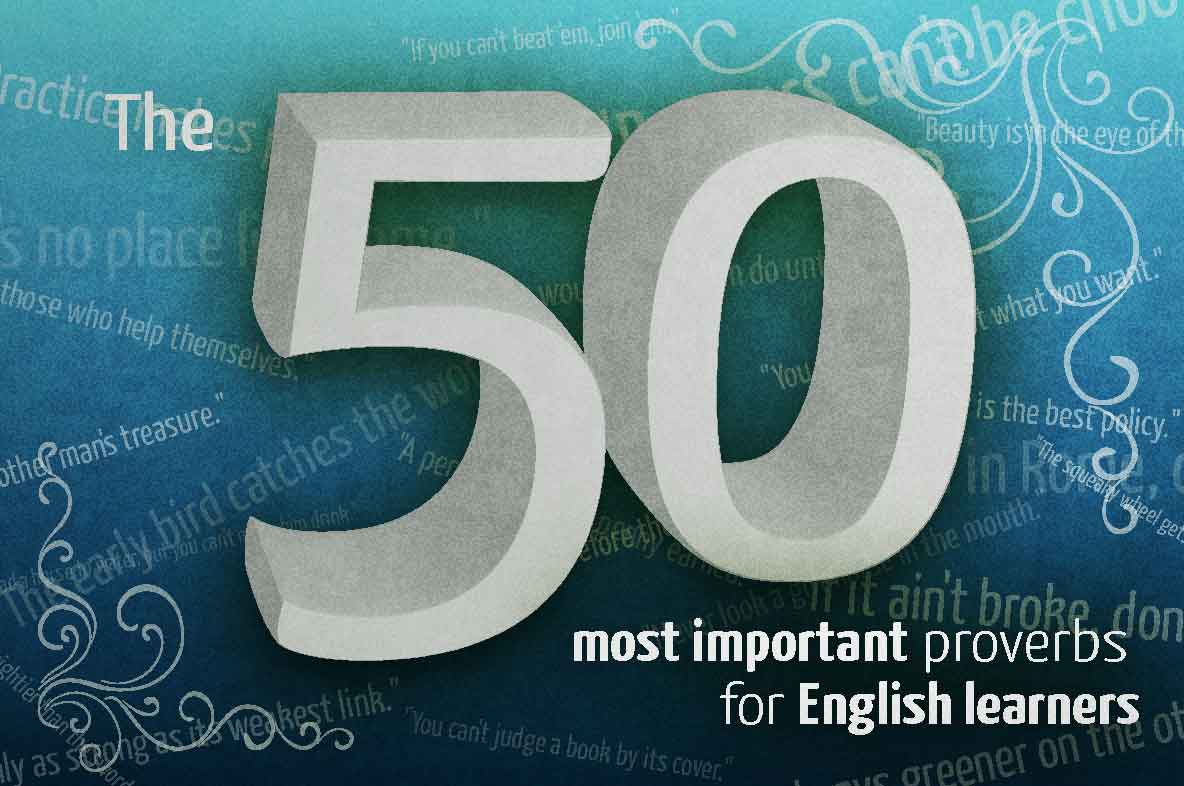 Every culture has a collection of wise sayings that offer advice about how to live your life. These sayings are called "proverbs".

How can you use proverbs to learn English?

It's good to know the really common English proverbs because you hear them come up in conversation all the time. Sometimes people say the entire proverb to give advice to a friend. More often, someone will say just part of a proverb like this:

You know what they say: when the going gets tough...

(Read #5 below to learn the rest of this proverb and what it means.)

Learning proverbs can also help you to understand the way that people in English-speaking cultures think about the world.

Proverbs can also give you good example sentences which you can memorize and use as models for building your own sentences.

The most important English Proverbs

This is a list of some of the most important and well-known English proverbs. Below each one, there's a simple explanation.

The meanings of some of these phrases have shifted over the years, so a proverb might have originally had a different meaning than the one I explain.