Lessons A few years ago, they were on the bri...

“A few years ago, they were on the brink of extinction. Now they're thriving, thanks to conservation efforts.” 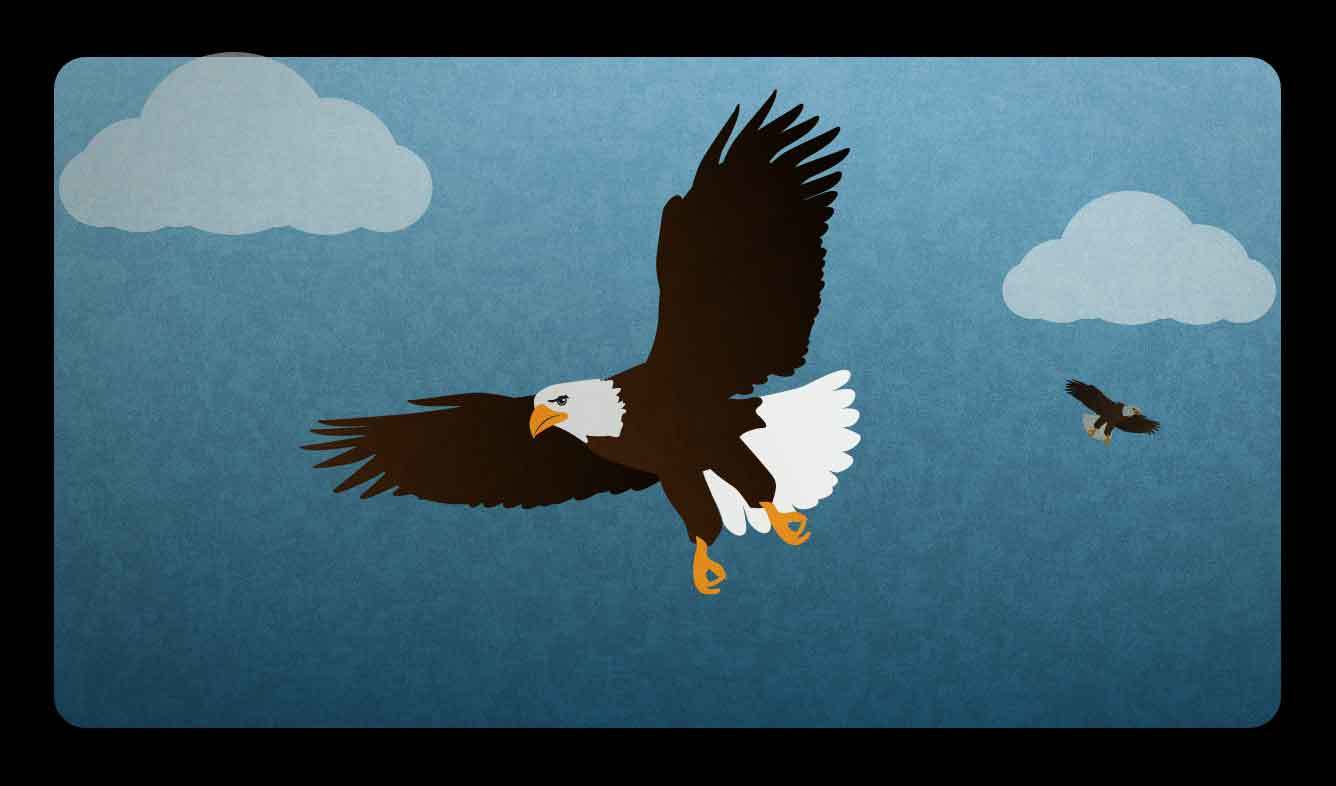 You're watching a TV show about eagles. The host says this.

A few years ago, they were on the brink of extinction. Now they're thriving, thanks to conservation efforts.

(an animal or plant species) is on the brink of extinction

When all of the animals or plants of a species die, it's called "extinction". We say that they have "gone extinct".

When there are only a few animals or plants of that kind left, you can say that they "are on the verge of extinction" or "on the brink of extinction".

A "brink" is the edge of somethng high, like a cliff.

English speakers often use this word to talk about something bad or dangerous that almost happens. For example:

She was on the brink of death, but they were able to nurse her back to health.

The U.S. was on the brink of economic collapse.

Other things that something can be "on the brink" of include:

When something is "thriving" it means that it's not only surviving, but doing really well. Things that can "thrive" include:

thanks to (someone or something)

You can say what was responsible for something, or what caused it, using "thanks to ___".

This phrase works best for talking about the cause of something good:

I can watch thousands of movies and TV shows instantly in my living room thanks to this device.

But there are also times when you use this phrase to talk about the cause of somethingbad:

We had to re-do our entire bathroom and hallway floors thanks to that water leak.

We missed the first half thanks to the traffic.

You can use "thanks to ___" to say that a person was responsible, or a thing:

I know how to do it thanks to you.

She's in much better shape now, thanks to the dance classes she's been taking.

When people work to try to protect part of the environment, their work can be called "conservation efforts". You might also say that they "are working to conserve ___". For example:

It's an organization that funds research and conservation efforts related to the Mountain Gorilla.

"Conservation efforts" can be for protecting animals, plants, or complete environments like the South American rainforests.

“Did you rearrange the furniture in here?”

“Some people are just genetically predisposed to alcoholism, I guess.”