“Some people are just genetically predisposed to alcoholism, I guess.” 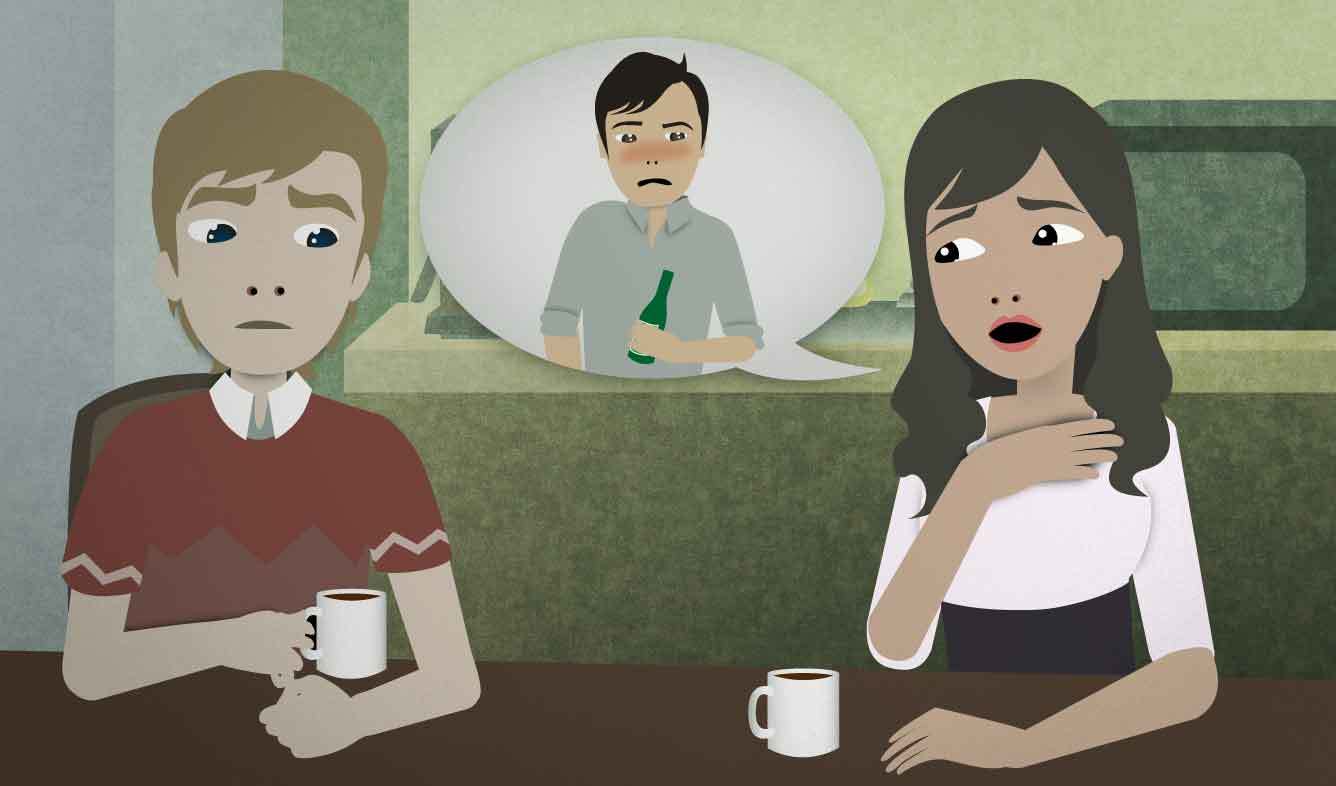 You have a friend who drinks too much. You and another friend are talking about him. Your friend wonders why this guy has a drinking problem while other people don't, so you give your opinion.

Some people are just genetically predisposed to alcoholism, I guess.

You can end your sentence with "...I guess" when you're either not very sure about something:

A: It's not working.

B: You have to have a password, I guess.

You can also use this phrase when you're not happy about something:

Another phrase that you can use in this situation is "I suppose," which is a little more formal:

A: Is it OK if I send you the payment online?

When a person can't stop drinking alcohol, we call that problem "alcoholism". You can use the word "alcoholism" like this:

Alcoholism and drug addiction are major issues in our society.

My family has a history of alcoholism.

A person who has this problem is "an alcoholic":

(someone) is genetically predisposed to (a health problem)

Being "genetically predisposed to" a health problem means that you're more likely to have that problem than most people because the problem runs in your family:

Some people are genetically predisposed to certain kinds of cancer.

This phrase sounds academic or scientific.

The word "genetically" comes from "gene", which is a piece of information that is passed from parents to children. Some other ways that we use "genetically" are:

Being "predisposed to" something just means that that thing often happens. You can use it like this:

That breed of dog is naturally predisposed to violence.

I'm predisposed to believe people when they tell me something.

“A few years ago, they were on the brink of extinction. Now they're thriving, ...”

“It's nap time! Are you ready for your nap?”