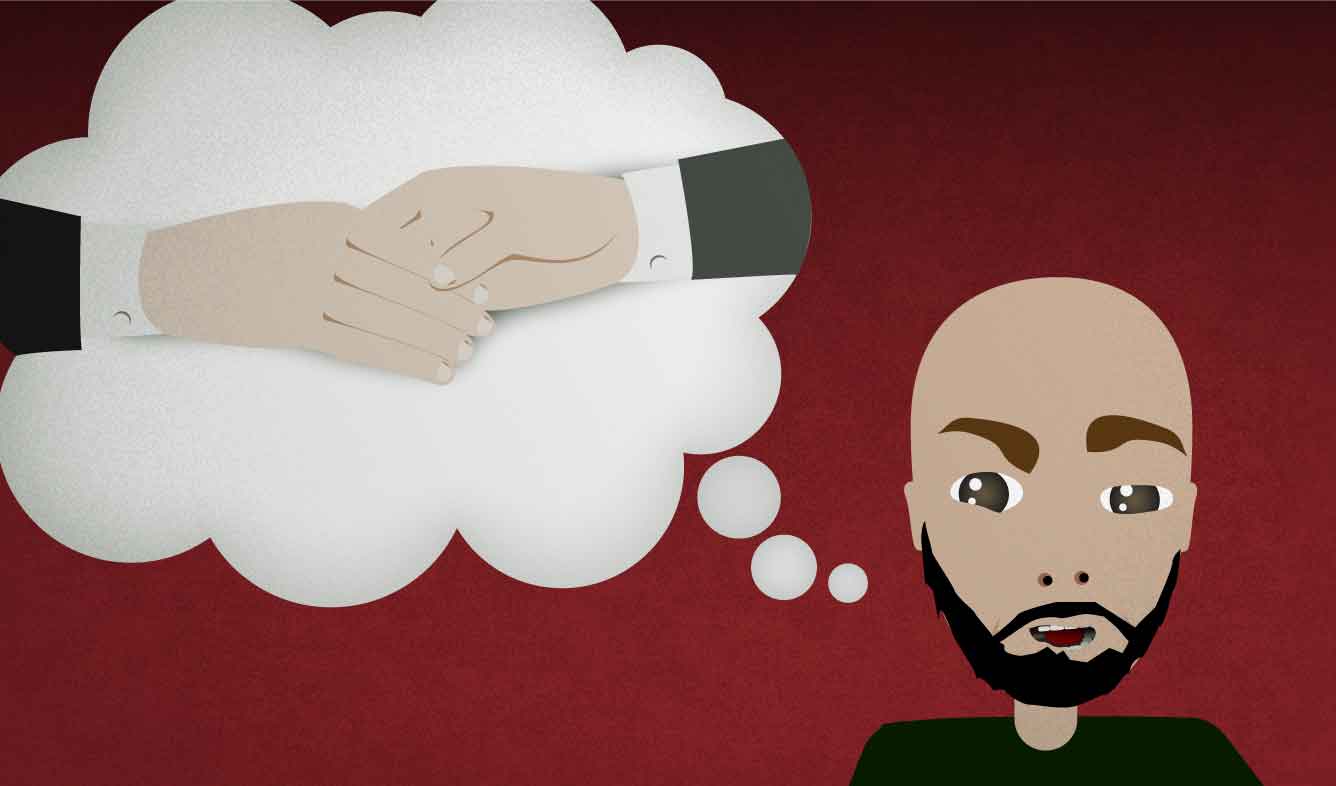 You're giving a friend advice on how to act in business situations in the U.S. You discuss the correct way to give a handshake and you say this.

"Limp" means "soft" and "weak". Imagine a French fry that's been left out for a few hours. It's not crispy any longer; it hangs down when you hold it and feels soft. That's the meaning of "limp".

Other examples of "limp" things include:

The word "limp" is also used in some embarassing sexual situations. Use your imagination to figure out what that might be.

When you do things that make people think negatively about you, it's called "leaving a bad impression".

An "impression" is a quick decision that people make about you when they first meet you. People often talk about their "first impression" of a person:

My first impression is that he's a really nice guy, but perhaps a little difficult to get to know well.

The way that you act when you first meet people "leaves" an impression in their minds. If you say smart and interesting things, people will "be left with" a good impression of you. If you act rude, it will "leave" a bad impression.

“It must have been caused by someone entering the date incorrectly.”