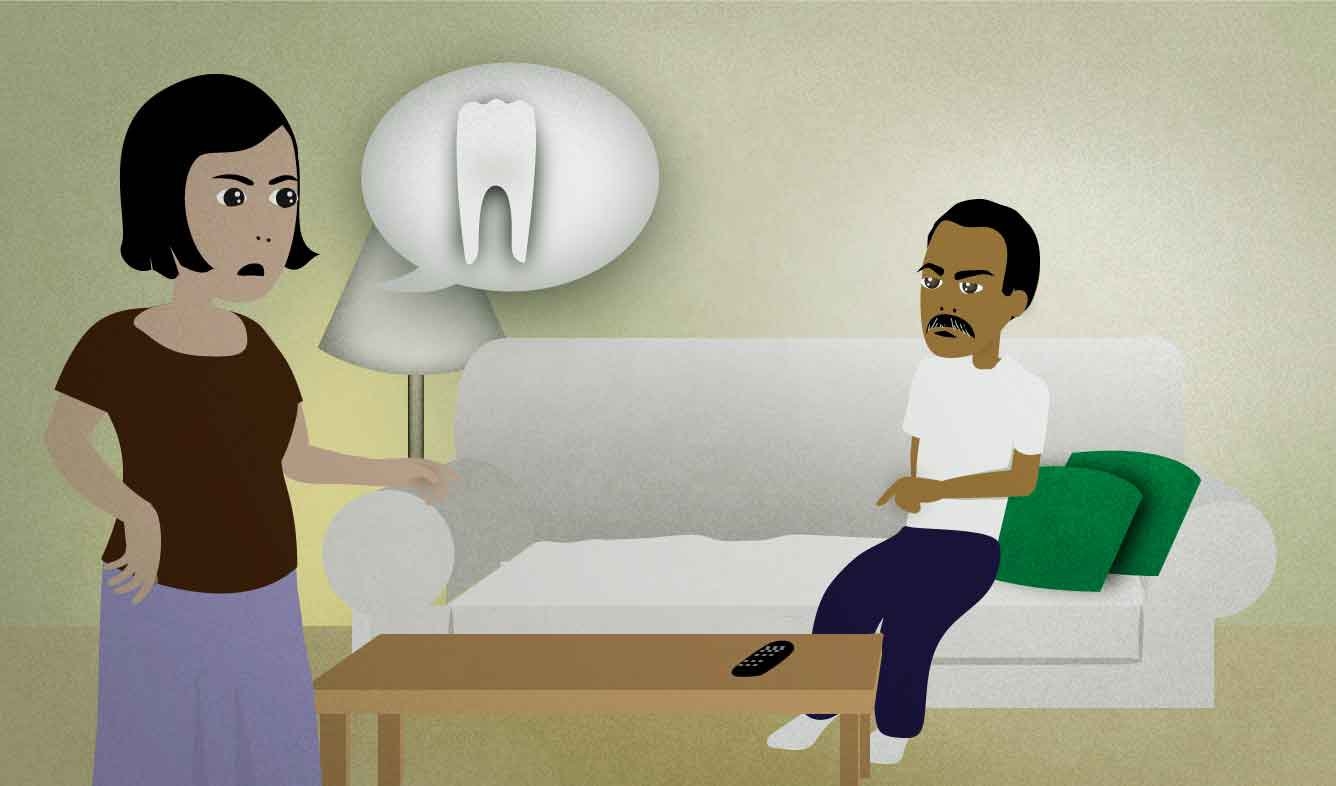 Your wife wants you to go to the dentist. She's told you to make an appointment several times in the last few weeks. She tells you again. You're annoyed that she keeps telling you what to do, so you tell her to stop.

Tell people "Quit ___!" when you're annoyed and want them to stop.

"Quit" is a little more casual than "stop".

(someone) is nagging (someone)

Imagine that you're supposed to wash the dishes, but you don't want to. You want to watch a video on the Internet instead. Someone in your family reminds you several times to wash the dishes. You might think that this family member is "nagging" you.

The word "nagging" is a negative way to describe reminding a person of something that they're supposed to do.

Family members, couples, and roommates sometimes "nag" each other about things like:

annoyed having an argument imperatives 日本語
Print this Lesson