Lessons After that, you just have to simmer i...

“After that, you just have to simmer it for an hour or so.” 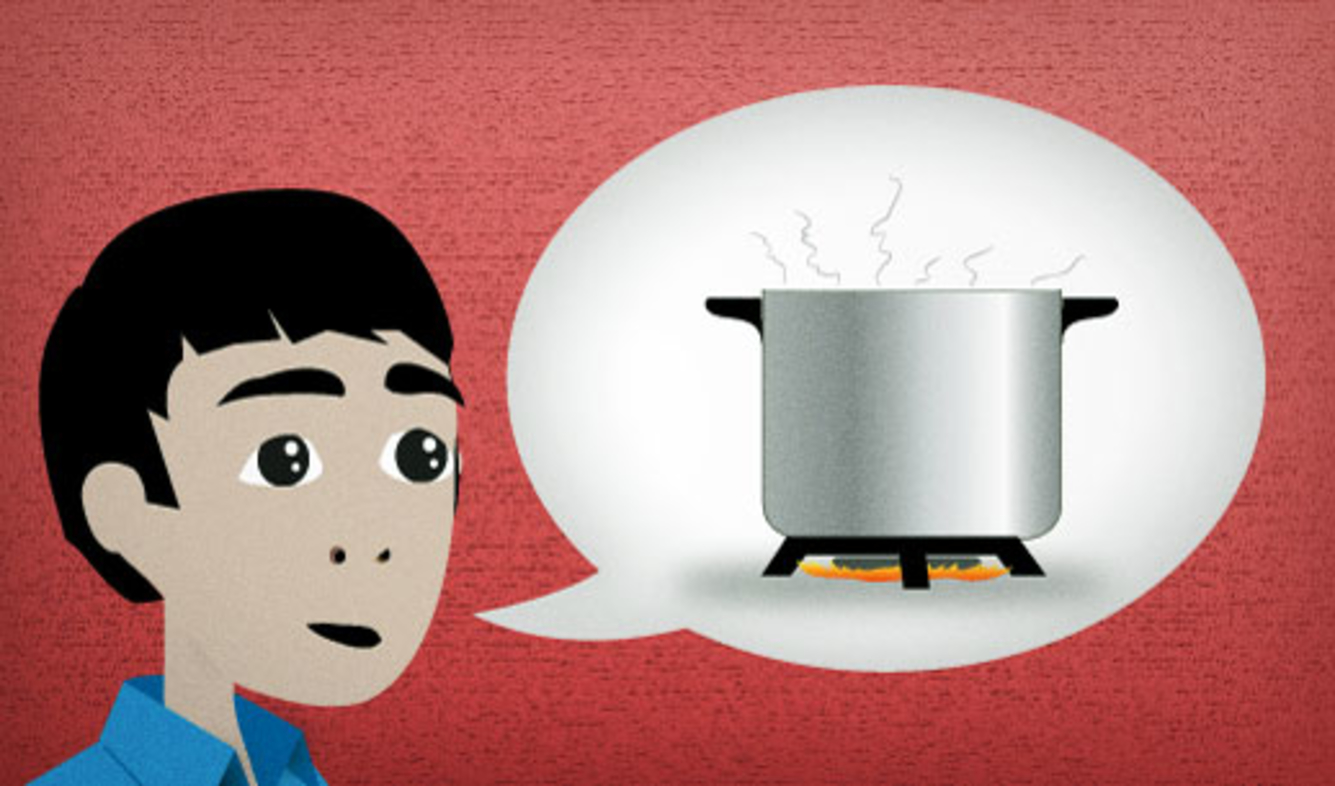 After that, you just have to simmer it for an hour or so.

Use this phrase when you're describing things in order, especially for instructions:

First you fry up the meatballs and set them aside. Then you chop up some onions and celery and cook them on low heat for about 15 minutes. After that, you add the tomatoes and garlic.

You don't usually use "after that" for the second step in the list, but you can use it for the third or any other step after that.

you just have to (do something)

When you're giving instructions or explaining how to do something, you can introduce an easy step with "you just have to ___". For example:

It's pretty easy to renew your license in the U.S. You just have to bring your old license to the DMV and pay the fee.

"Simmering" is a specific cooking technique that people use to make soups, stews, sauces, and so on.

When you "simmer" food that has liquid in it, you turn the temperature down low so that it bubbles every few seconds. This is a lower temperature than "boiling".

(do something) for an hour or so

This is an expression for talking about time loosely. "The next week or so" means "about the next week". It could be in 5 days, in 10 days, etc.:

Think it over and let me know in the next week or so.

Here's an example from the "Questions" page on this site:

This is an example of hiphop slang from the past 15 years or so.

just modals it/that after have
Print this Lesson

“I didn't want to put her in a nursing home.”