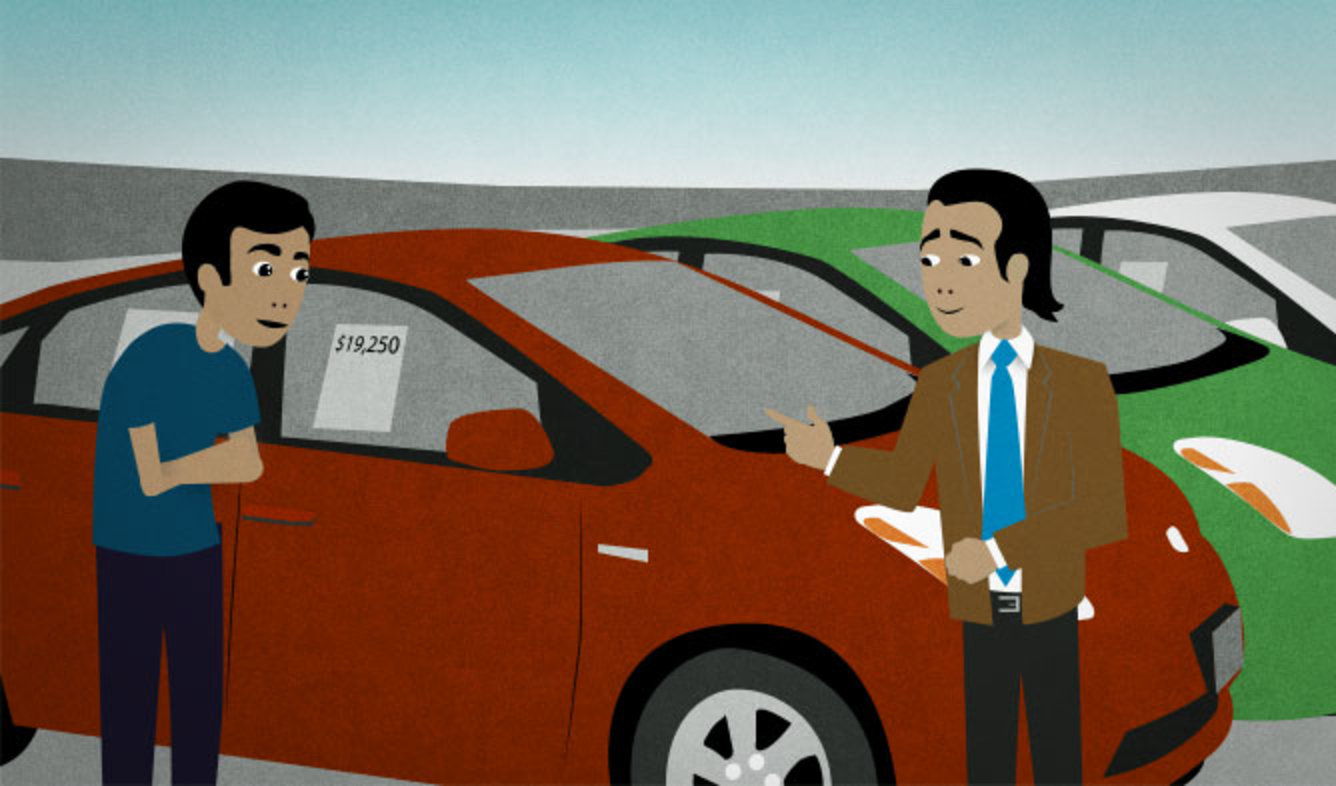 You're shopping for a new car. You haven't bought a car in many years. When you're looking at the specifications for the cars, you notice that they use a lot less gas than cars that you've owned in the past. You comment on it to the car salesman.

Wow, these newer models are pretty fuel-efficient, aren't they?

"Wow" shows that you're surprised.

People often say "wow!" in a a really excited tone of voice, but you can also say it in a relaxed and calm voice if you're reacting to something that's only a little surprising.

a model (of a product)

Products such as electronics and cars usually have new "models" each year or every few years. The new "model" has an updated design and new features.

By the way, some products don't have new "models". For example, computer software has new "versions" instead of "models". Books that are updated have new "editions".

Remember that a tag question at the end of a sentence needs to match the verb:

He's older than you, isn't he?

They're from England, aren't they?

You left a bit earlier, didn't you?

(a vehicle) is fuel-efficient

A car, truck, or other vehicle that is very "fuel-efficient" is able to drive for a long distance without using a lot of gasoline.

When people are talking about a vehicle's "fuel efficiency" in the U.S., they usually discuss how many "miles per gallon" it gets. That means how many miles the vehicle can drive using just one gallon of fuel. In other countries, distance is measured in kilometers and liquids are measured in liters. So you would talk about "kilometers per liter" instead.

“After that, you just have to simmer it for an hour or so.”