Lessons Aiden, it's your turn to take the tra...

“Aiden, it's your turn to take the trash out.” 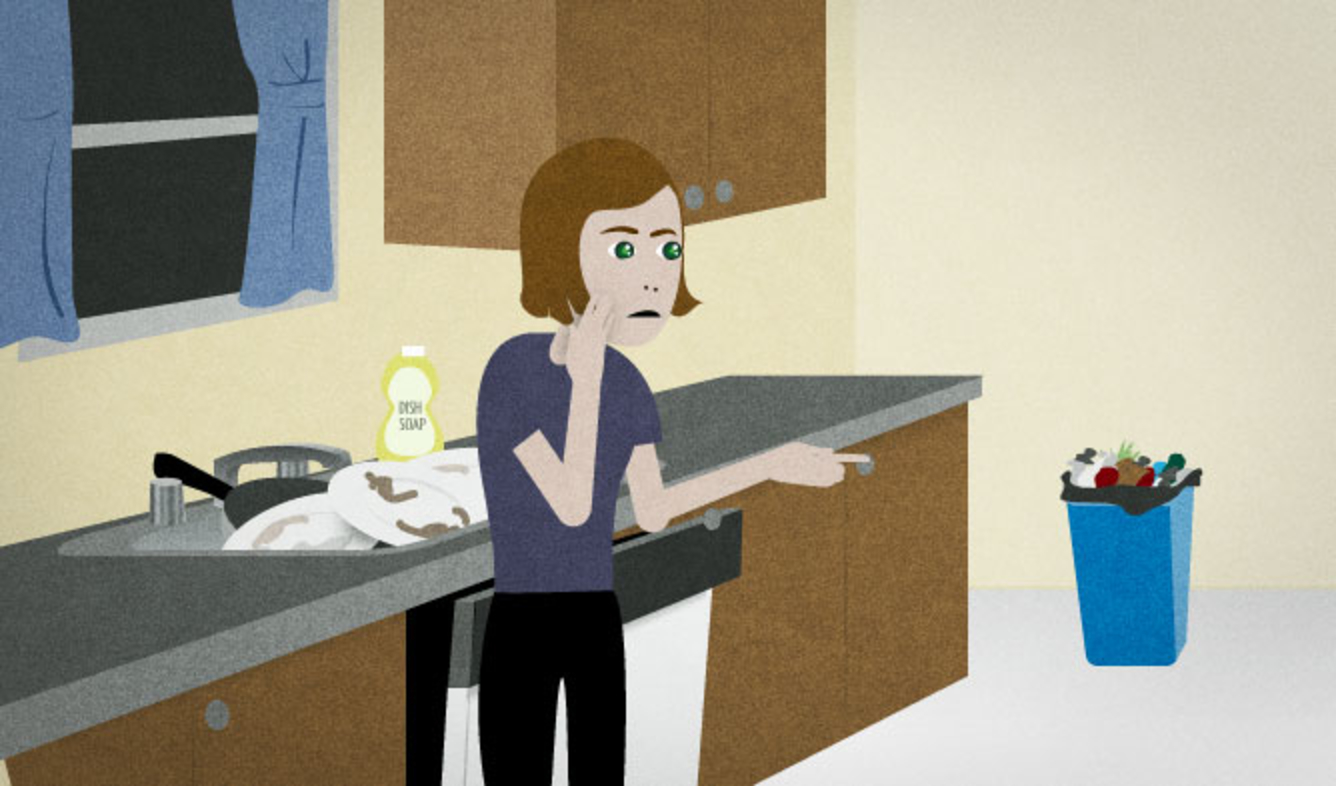 Your family has finished eating dinner. The trash can in your kitchen is full. You make your children take turns taking the trash outside. You say this to one of your sons.

Aiden, it's your turn to take the trash out.

It's (someone's) turn to (do something)

You can use this phrase to say who need to do a job next, like sweeping the floor at home or hosting a meeting for your club:

It's Jamie's turn to host.

You can also use "It's ___'s turn" for things that people want to do. For example, a child who wants to play a video game might say this to her parents:

It was my turn to play next, but he stole it from me!

take the trash out

When a trash can becomes full, someone has to take it outside to be collected or stored. This is called "taking the trash out."

Another word for "trash" in the U.S. is "garbage". You can also "take the garbage out". In some other countries, "trash" is called "rubbish", but that's not common in the U.S.

“Remember that your days don't carry over, so put in your requests soon.”