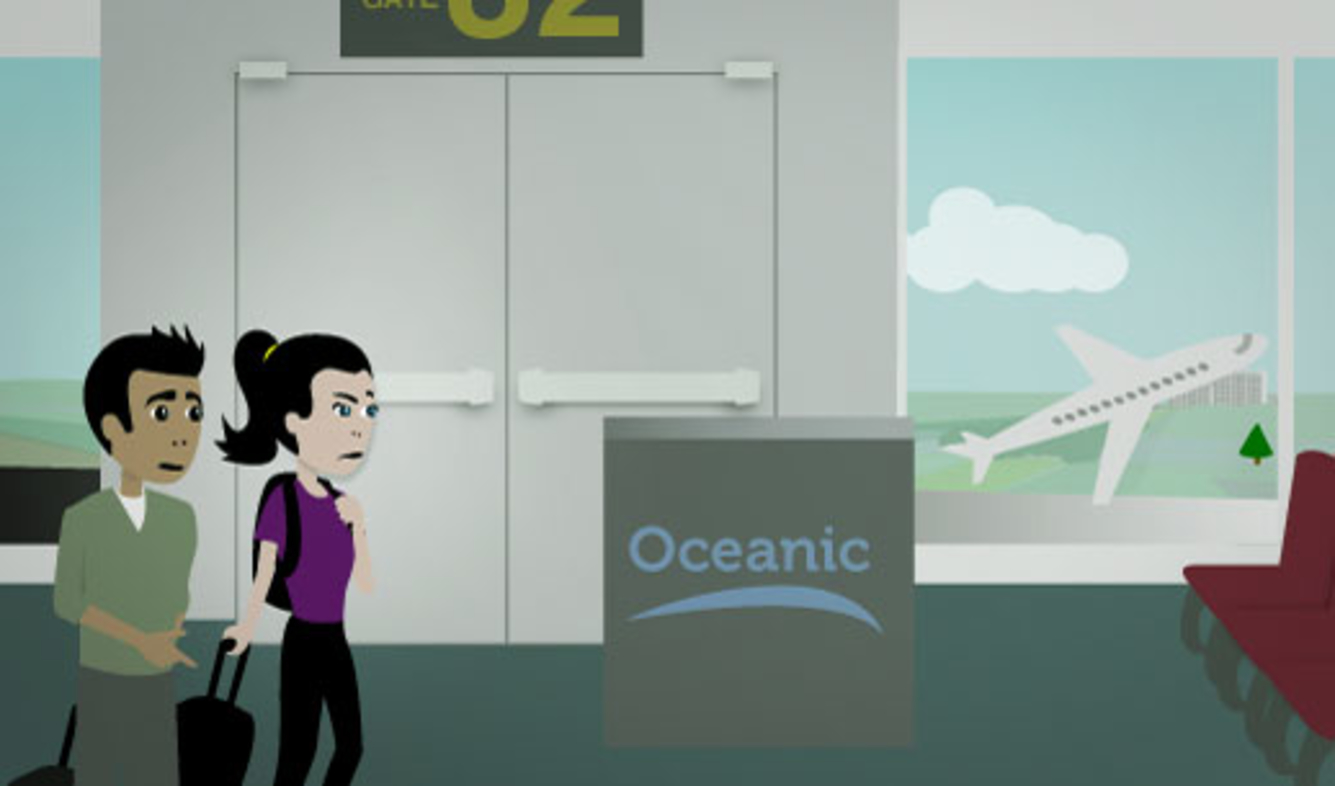 You and your boyfriend disagreed about when to arrive at the airport to catch a flight. You thought that you should go earlier, but he wanted to go later. Now you've missed your flight. You're annoyed, so you say this to him.

When people have to tell someone something negative, they often start with "I hate to ___, but..." For example:

I hate to have to tell you this, but your job has been eliminated.

I really hate to ask, but is there any way I could stay with you for a couple of weeks, until I find my own place?

When you start the conversation in this way, it sounds like you don't want to say these things, but you are doing it because you have to.

I told you so.

"I told you so" sounds a little mean, so if you're really trying to be polite, you should avoid saying it. People also introduce it like this:

having an argument airport
Print this Lesson

“Looks like you'll have to fend for yourself for a few days.”

“Aiden, it's your turn to take the trash out.”