Lessons All I want to do is zone out in front... 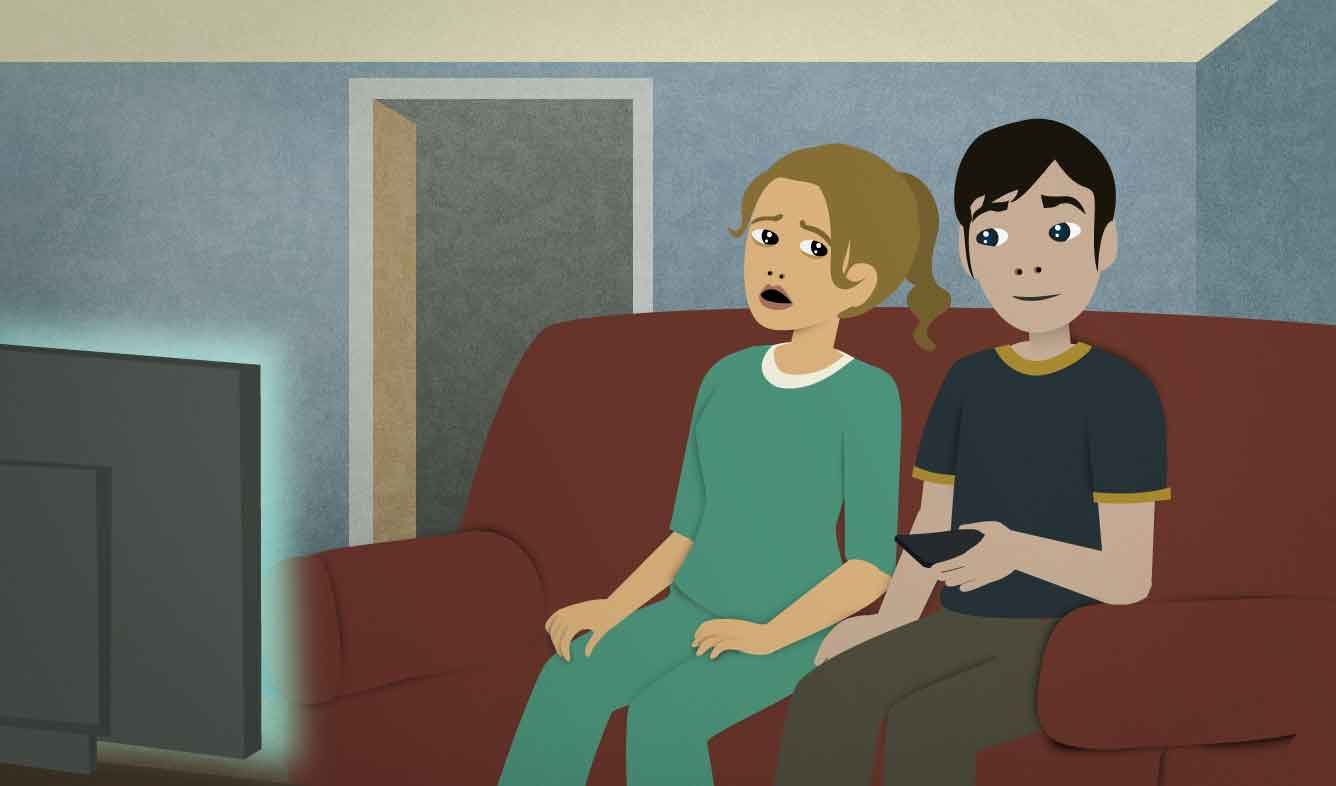 You had a long, stressful day at work. Now you're at home, and you don't have enough energy to talk to your boyfriend. You tell him that you just want to watch television and then go to sleep.

All I want to do is zone out in front of the T.V. until I pass out.

"Zoning out" means to let your mind drift and to stop paying attention to things. Your eyes look off into the distance and you think about unrelated things. This can also be called "daydreaming".

Another example of a situation in which people "zone out" is when watching some TV shows:

At the end of a long, stressful day, all I want to do is go home and zone out in front of the television.

The word "zone" means "place". So you can think of "zoning out" as you mind going to another place. There's also an English phrase "to be in the zone", which means to be really focused and concentrated on something like when you're playing sports at a really high level:

I love when I'm running on a nice day with my headphones on and I just get in the zone. I feel like I can keep running forever.

All I want is (something).

Say this to explain something that you want, which you think should be easy to have.

All I want is a job where I can make a decent living.

All I want is a little time to myself.

All I want is to go home, play with my kids for a few minutes, watch some TV, and go to bed.

People usually use this phrase when they're a little frustrated.

You can also say "All I want to do is ___" followed by some action.

All I want to to is go home so I can snuggle with my little angels.

To "pass out" means to lose consciousness or go to sleep in a kind of messy and sudden way. Here are some situations in which a person might pass out:

So you can see that "passing out" is a kind of medical emergency. But you can also use this phrase to talk about going to sleep when you're very tired, like after working hard all day:

He passed out as soon as he got home, and he's still asleep.

When you use "pass out" in this way, it still sounds sudden but not quite as dangerous as "passing out" because of a health problem.