Lessons All residents within a 5-kilometer ra...

“All residents within a 5-kilometer radius have been instructed to evacuate their homes.” 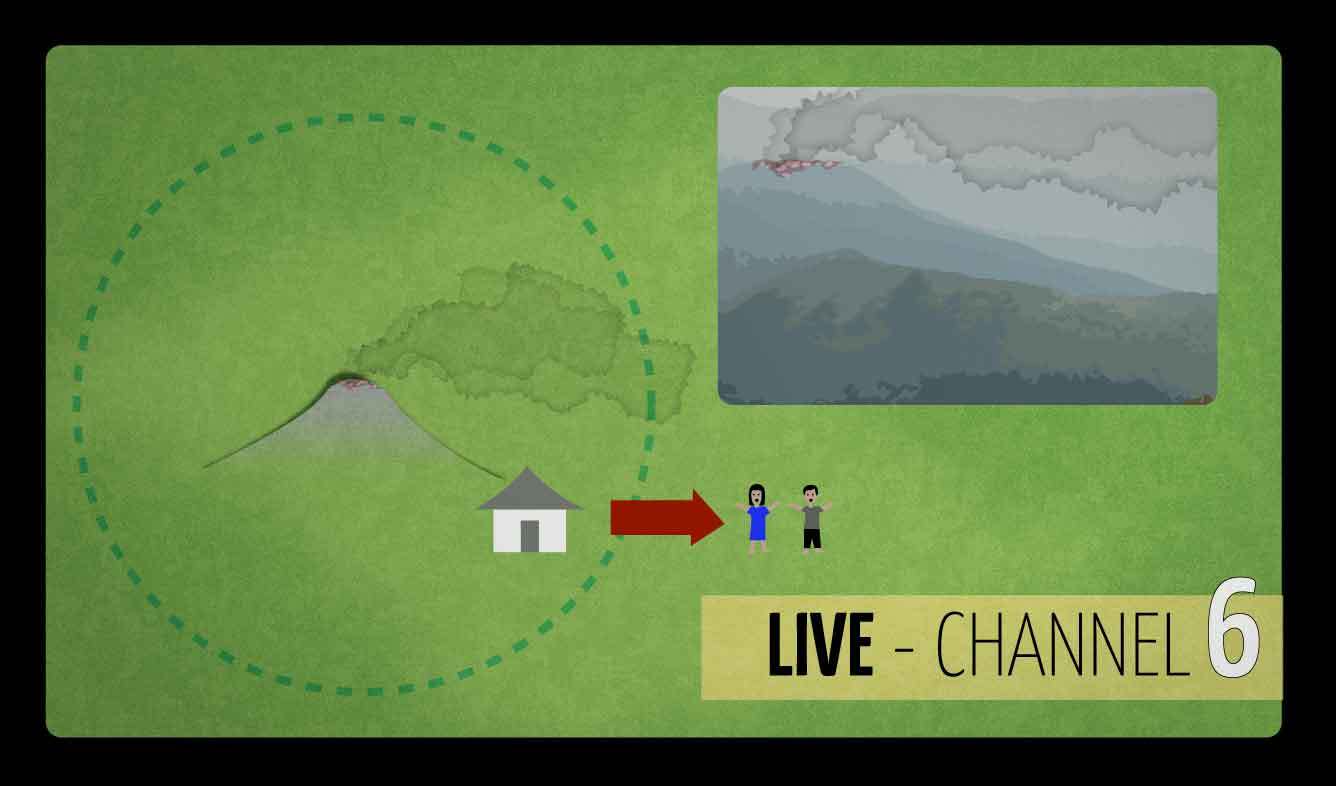 You're watching a news broadcast that is talking about a volcano which has started to erupt. The announcer is now giving some more details about the volcano.

All residents within a 5-kilometer radius have been instructed to evacuate their homes.

"Residents" are the people who live in a place, like a state, a county, an apartment building, and so on:

Any United States resident is eligible to receive these benefits.

We've received notice that some of our residents are in violation of the Willowdaile Apartments policy regarding pets.

This is a technical word that you hear a lot in news, on official government documents, etc.

In mathematics, the "radius" of a circle is the distance from the middle of the circle to the outside:

In the example above, the newscaster says that residents "within a 5-kilometer radius" had to leave. That means that anyone who lives 5 kilometers or less from the volcano has to leave.

I love living downtown. I've got everything I could possibly need within probably a two-mile radius.

You'll also hear "within a ___ radius" when people are talking about bombs or other dangerous things:

It has a blast that will flatten anything within a hundred-foot radius.

(someone) has been instructed to (do something)

This phrase describes something that people in authority have told someone to do:

I've been instructed to report tomorrow morning at 9:00 for jury duty.

Our situation is really desperate at work. All the managers have been instructed to start going down the list of their employees and looking for places where they can make cuts.

This is a formal and official-sounding expression.

To "evacuate ___" means to leave a place quickly because of a disaster or emergency. Some examples are:

You can use the word "evacuate" with a word after it like this:

As the bombing started, people tried to evacuate the city.

Or you can avoid putting something after "evacuate":

As the bombing started, people tried to evacuate.

“Fill in the company name, the name of your contact, their email address, and ...”