Lessons All right, tell me your version of wh...

“All right, tell me your version of what happened.” 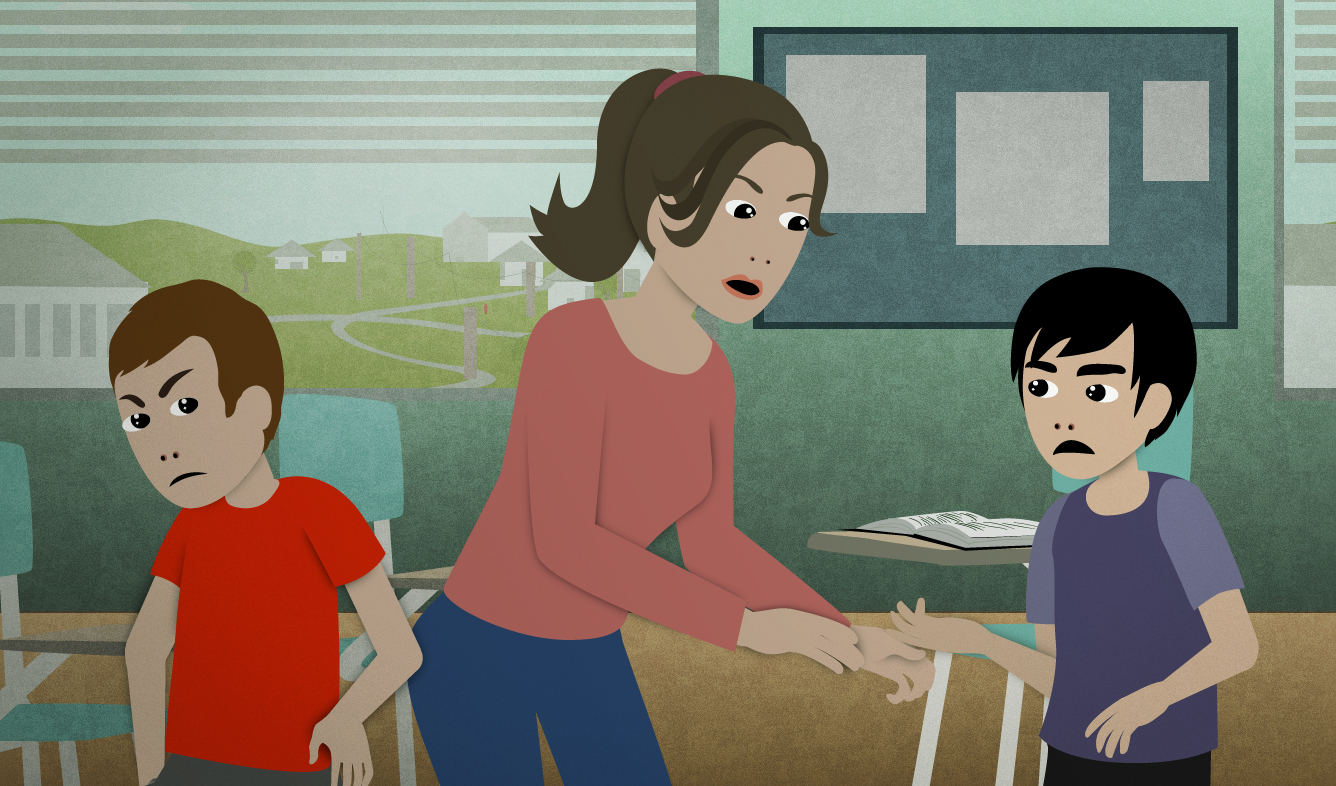 You are a teacher at a middle school. Two students got in a fight, and you want to find out why they were fighting so you can decide how to punish them. Each student has a different point of view on the situation, so you are talking to each of them separately. You ask the first student what happened.

All right, tell me your version of what happened.

This phrase is used when you're starting a conversation. It's usually used when everyone knows what the topic of the conversation is, and shows that you're now going to start talking about it.

This phrase is usually used in business situations or when you have important topics to discuss. However, it's not a very formal phrase. You wouldn't use it in a written essay.

What's the difference between "say" and "tell"? When you just want to describe a person's words, you use "say":

He said that the other boy hit him first.

But when you need to tell who something was said to, "tell" is better:

He told the principal that the other boy hit him first.

(someone's) version of (a story)

When people have different ideas or experience events differently, you say that they have different "versions" of an idea or story. Each person who experiences something has their own "version" of the event.

Do you remember what happened?

What happened the other night was totally unacceptable.

children starting a conversation introducing an idea
Print this Lesson

“OK, let me take these ideas to Management and see what they think.”

“Let's say you go up on stage and completely bomb. So what? What's the worst t...”