“Animals inhale oxygen and exhale carbon dioxide, while plants do the opposite.” 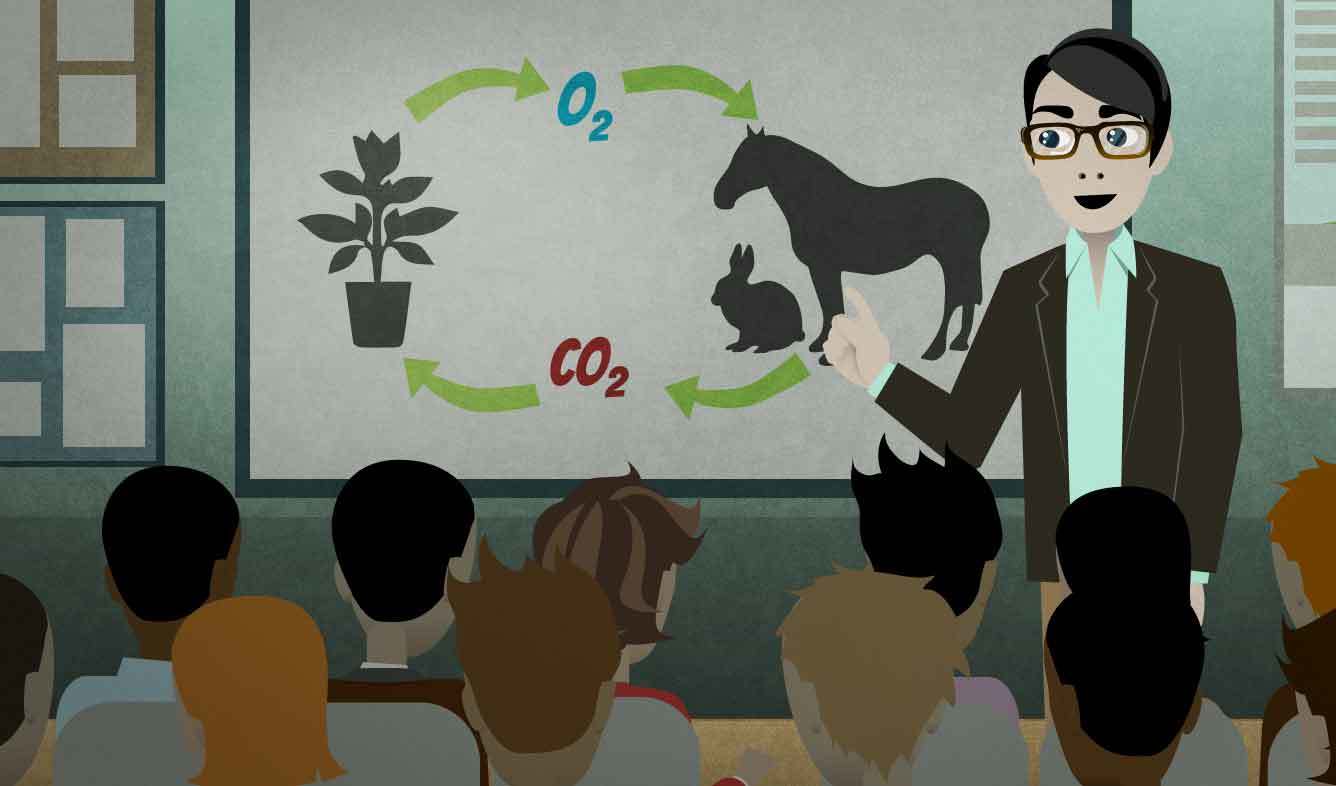 You are explaining some basic science to your fourth grade class. You describe the difference in how plants and animals "breathe":

Animals inhale oxygen and exhale carbon dioxide, while plants do the opposite.

"Inhale" means to "breathe in". You can "inhale something", like in these examples:

Animals inhale oxygen and exhale carbon dioxide. Plants do the opposite.

Try not to inhale any of the fumes; they're toxic.

Or you can just tell someone to "inhale". Exercise trainers and doctors give this order to people.

"Exhale" means to "breathe out".

People mostly use "exhale" when giving instructions, like in exercise classes or a doctor's office. It sounds more technical than "breathe out".

"Oxygen" is the element that people need to breathe in order to live. We use it like this:

That happens when the brain doesn't get enough oxygen.

The air is thinner up at the top of the mountain, so it's harder to get enough oxygen.

"Carbon dioxide" is the name of a chemical compound which animals produce when they breathe out. A carbon dioxide molecule is made of one carbon atom and two oxygen atoms.

You can use the word "while" to connect two ideas which are different from each other. For example:

Some people enjoy spending their weekends relaxing at home, while others like to go out and do something exciting.

You use "while" this way mostly in formal situations. In more casual situations, "but" is more common:

She said she wanted to go to an Indian restauraunt, but I wanted to try the new Vietnamese place.

“Due to construction, the uptown Bronx-bound 1 train will not be stopping at 6...”