Lessons Due to construction, the uptown Bronx...

“Due to construction, the uptown Bronx-bound 1 train will not be stopping at 63rd Street. The next stop is 72nd Street.” 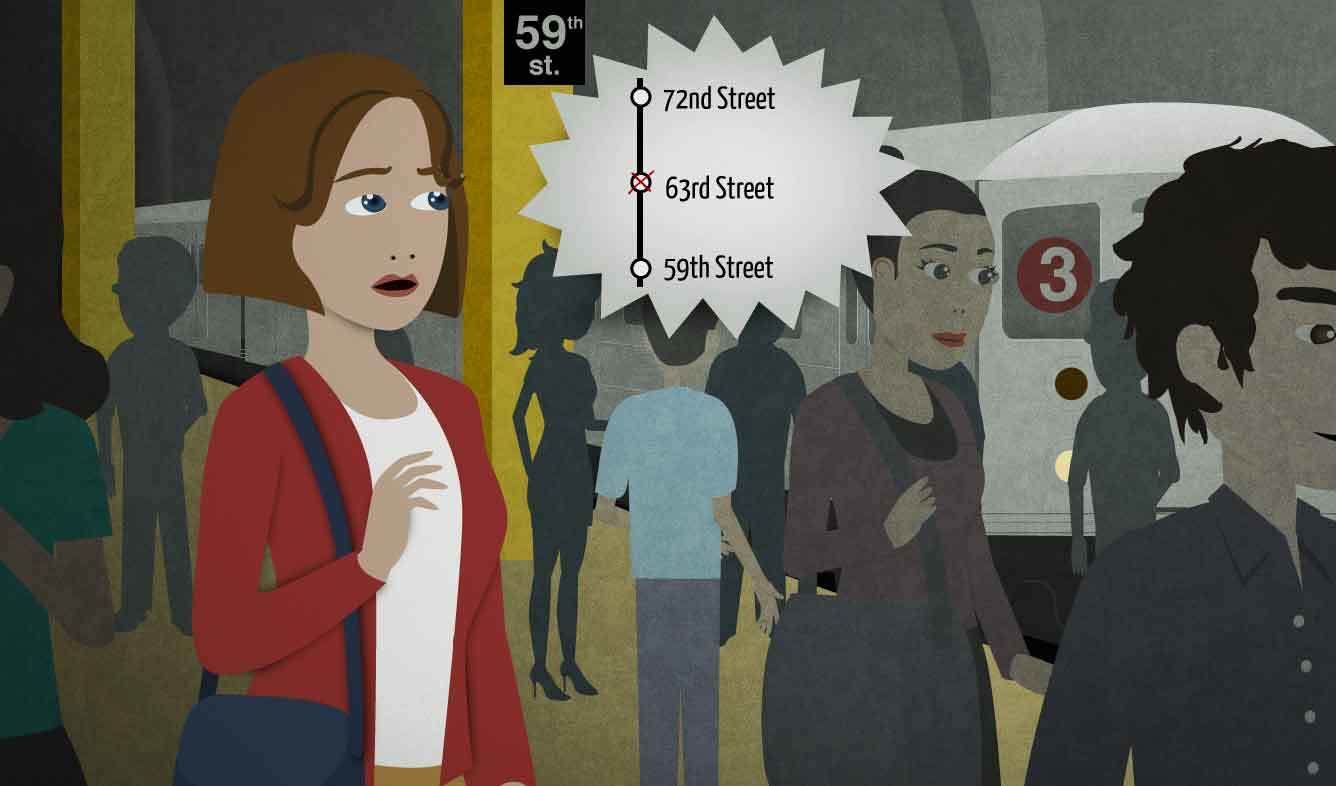 You're waiting for a train in the subway station. You hear an announcement about some service changes.

Due to construction, the uptown Bronx-bound 1 train will not be stopping at 63rd Street. The next stop is 72nd Street.

This phrase expresses the direction that something is traveling in:

There's a Hong Kong-bound flight leaving in an hour and a half.

No, don't take the south-bound train.

Is this bus bound for New Jersey?

"Construction" means building things like buildings, roads, and so on.

We often use "construction together with another word like this:

There's a construction crew out on the street. I wonder what they're doing.

Construction sites are full of danger.

But you can also use "construction" by itself to mean a construction project.

Traffic is backed up today because of construction.

In some cities, the northern part of town is called "uptown". For example, New York City has an "uptown" which is the northern half of the island of Manhattan.

An "uptown train" is a train which is heading toward the north.

Each place where a bus or train stops is called "a stop". You can count the number of stops between two places:

It's only three stops from here on the A train.

When you're riding a train or bus, you will hear announcements about the current stop and the "next stop":

When you're counting the order of things, we use counters:

For any numbers after 13, we use the counter that goes with the last digit:

“Back when I was in school, teachers would spank you with a paddle if you misb...”

“Animals inhale oxygen and exhale carbon dioxide, while plants do the opposite.”