Lessons Back when I was in school, teachers w...

“Back when I was in school, teachers would spank you with a paddle if you misbehaved.” 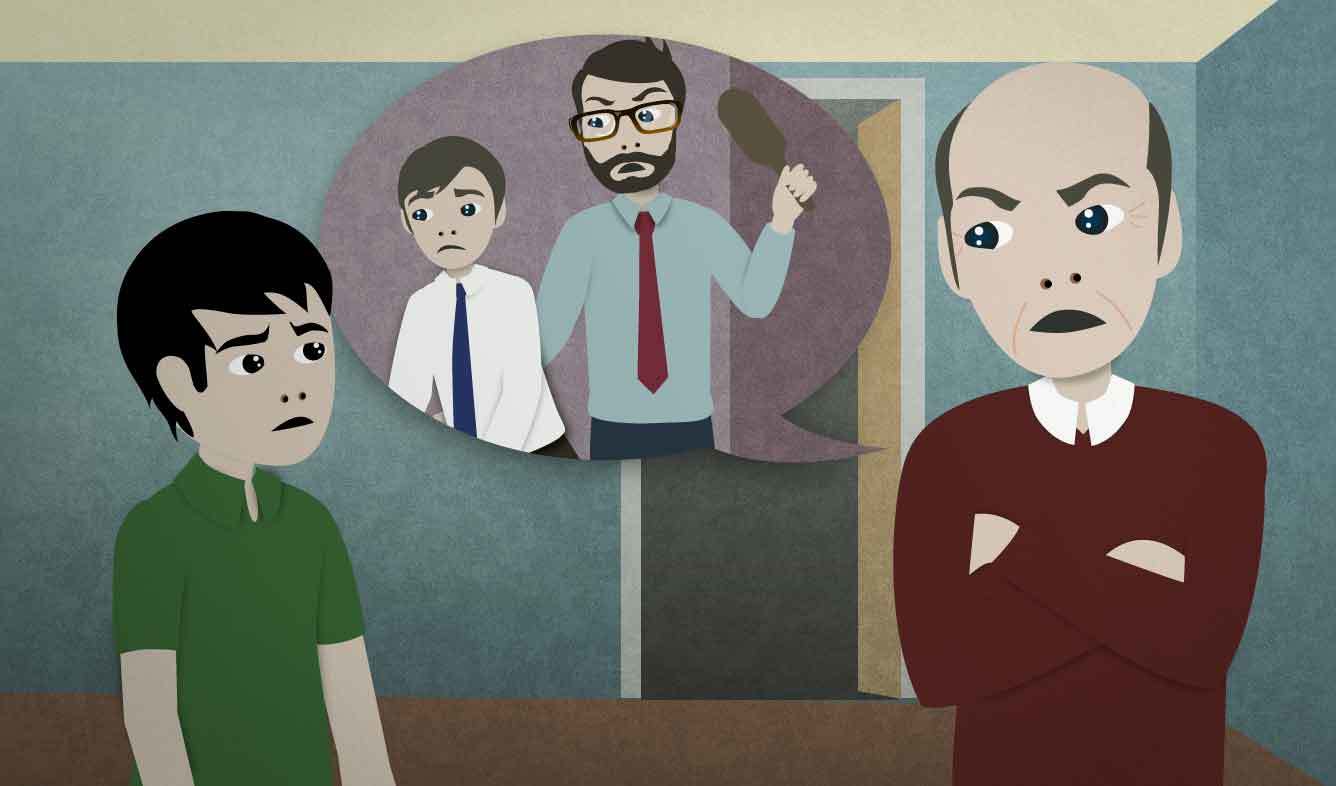 Your grandson got detention today for being rude to the teacher. You think his punishment wasn't serious enough. You tell him what happened when you misbehaved in school.

Back when I was in school, teachers would spank you with a paddle if you misbehaved.

"Spanking" is a form of punishment that parents give their kids. The parent hits the child on his or her bottom, with an open palm. It hurts the child, but doesn't cause any permanent injury.

Did your parents ever spank you?

I got a spanking and then I had to write a letter to say I was sorry.

A "paddle" is a stick with a flat part at one end. Some different kinds of paddles include:

In some times and places, paddles are used to punish children who behave badly. This has become much less common in the U.S., though.

"Misbehaving" means doing something that you're not supposed to do.

You usually use "misbehave" when talking about children:

He's been misbehaving in class.

The noun form of "misbehave" is "misbehavior":

This kind of misbehavior will not be tolerated!

Occasionally we use "misbehave" to talk about adults. In those cases, it has a kind of sexual tone.

A: Have you been misbehaving?

B: Oh yes. I've been very bad. Are you going to punish me?

(someone) is in school

Being "in school" can mean being in the school building right now:

Or it can mean that you're currently a student:

B: I'm still in school, actually.

When a student "gets detention", it means that they have to stay in class late, after all of the other students have left. This is a kind of punishment that teachers sometimes give to students who misbehave.

childhood discipline the past
Print this Lesson

“I also seem to recall him promising to cut the deficit, and he didn't come th...”

“Due to construction, the uptown Bronx-bound 1 train will not be stopping at 6...”