Lessons As I started to pull on the top strap...

“As I started to pull on the top strap, the cheap plastic buckle snapped into 3 pieces.” 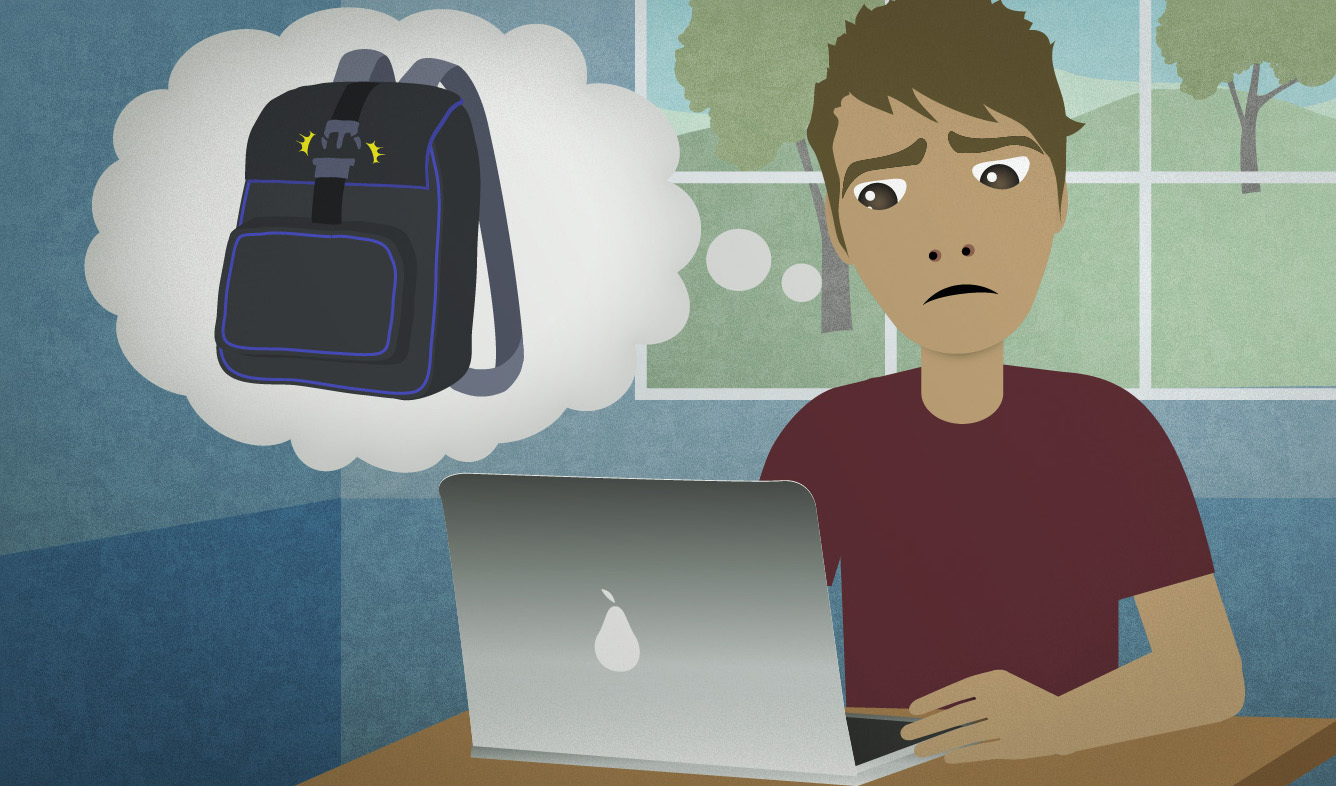 You bought a backpack from an online store. Right after you got it, part of the backpack broke. Now you're writing a review of it on the store website and you explain your problem.

As I started to pull on the top strap, the cheap plastic buckle snapped into 3 pieces.

A "strap" is a long, flat, narrow piece of material which you use to hold things together. Some examples of things that have straps include:

The word "cheap" means "inexpensive" but it also means "low in quality". It especially has this meaning when you talk about the material that something is made of:

(something) breaks into pieces

When something breaks apart, you can say that it "breaks into pieces". You can also say how many pieces there are:

It fell on the floor and broke into a thousand pieces.

Aside from "break", you can also use other similar words that describe how something broke like "snap", "shatter", "tear", "crack", "explode", etc. For example:

I think I actually heard the bone cracking into two pieces when he hit it.

as (someone did something), (something happened)

Here's a rather formal way of describing two things that happened at the same time:

As I was waiting at the bus stop, a dark rain cloud blew in from the north.

A more casual way to describe the same situation would be:

I was waiting at the bus stop when I saw a dark rain cloud coming my way.

When you say that something "snapped", it means that it broke. But "break" is a very general word. English has several more specific words to describe different ways of breaking:

"Snapping" is specifically a kind of breaking that happens quickly and often makes a noise. Some things that "snap" include:

It snapped in two.

broken object reviewing something on a webpage
Print this Lesson

“Why don’t we go around the room and introduce ourselves, and say a few words ...”