Lessons As the Earth orbits around the sun, t...

“As the Earth orbits around the sun, the angle at which sunlight hits the Earth changes.” 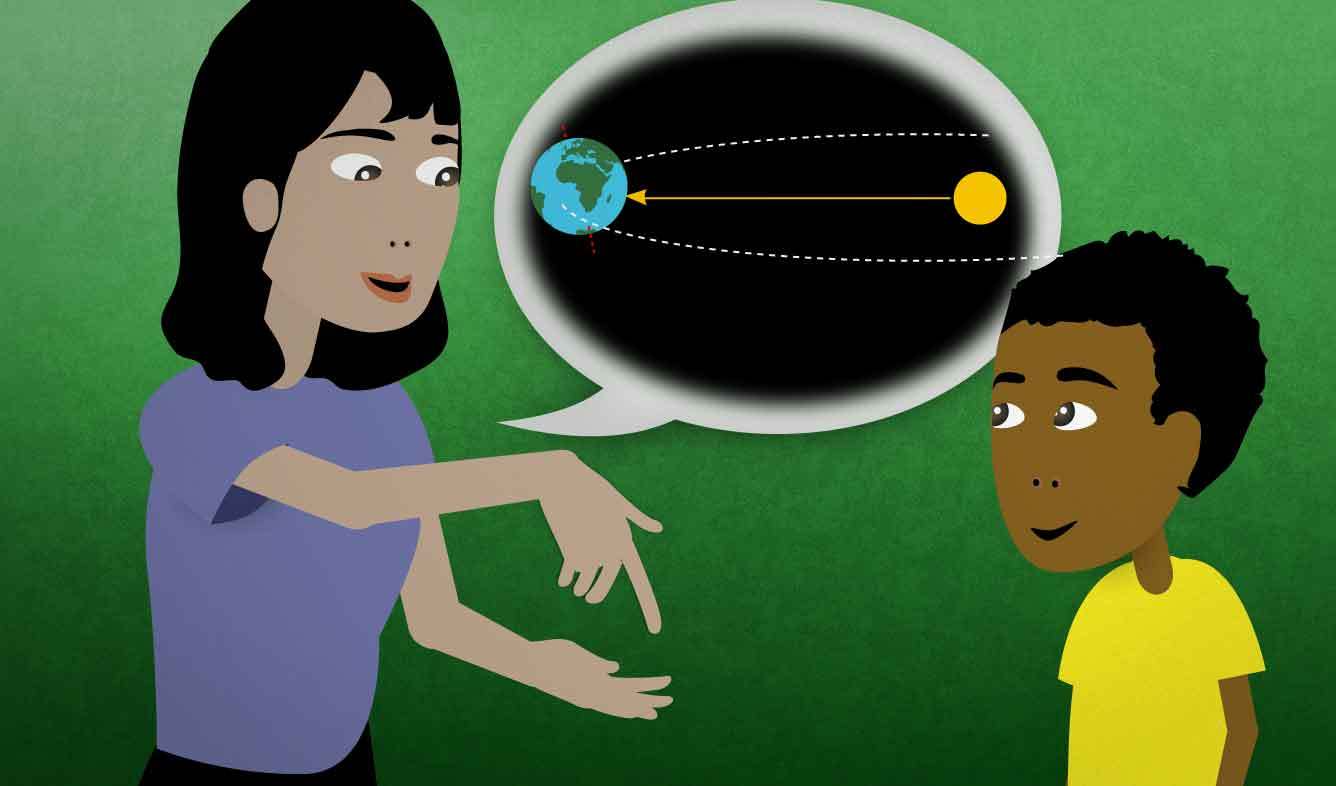 You're talking to a child. You're explaining why the temperature is different at different times of year.

As the Earth orbits around the sun, the angle at which sunlight hits the Earth changes.

Use this kind of grammatical structure to describe two things that happen at the same time. It's most commonly used for two continuing processes that happen together:

As you get older, you learn what your own strengths and limitations are.

"As ___, ___" is good for describing how things work. Here's a technical description of how water boils:

As you leave the auditorium, please pick up one of the yellow brochures from the table by the exit.

As you begin your job search, keep in mind that there are a lot of opportunities out there; you don't have to take the first job that you're offered.

To "orbit" something means to travel in a circle or oval around it. Planets orbit the sun, and the moon orbits the Earth.

Technically, the word "around" is not needed. A more grammatically correct sentence would be:

As the Earth orbits the sun, the angle at which sunlight hits the Earth changes.

But other phrases use "around" to describe the same motion, like:

So adding "around" to "orbit" might make it easier for someone to understand if they're not familiar with the meaning of the word "orbit".

Look at this sentence which uses the phrase "hit ___ at an angle":

The light from the sun hits different parts of the Earth at different angles.

When a phrase like this is used as a clause, you still have to keep the preposition. For example, if you're talking about what happens when the Earth orbits the sun, you can choose between the following:

The angle which sunlight hits the Earth at changes.

The angle at which sunlight hits the Earth changes.

The first version is a lot more casual. The second version sounds more intelligent. It's also considered more grammatically correct, so please use it when you're writing or answering a grammar question on a test.

This same structure works with other prepositions:

“You'll pass a coffee shop on your right. Right after that, veer off to the le...”