Lessons At first I was nervous, but as time w...

“At first I was nervous, but as time went on I got more and more comfortable, to the point that now I actually enjoy it.” 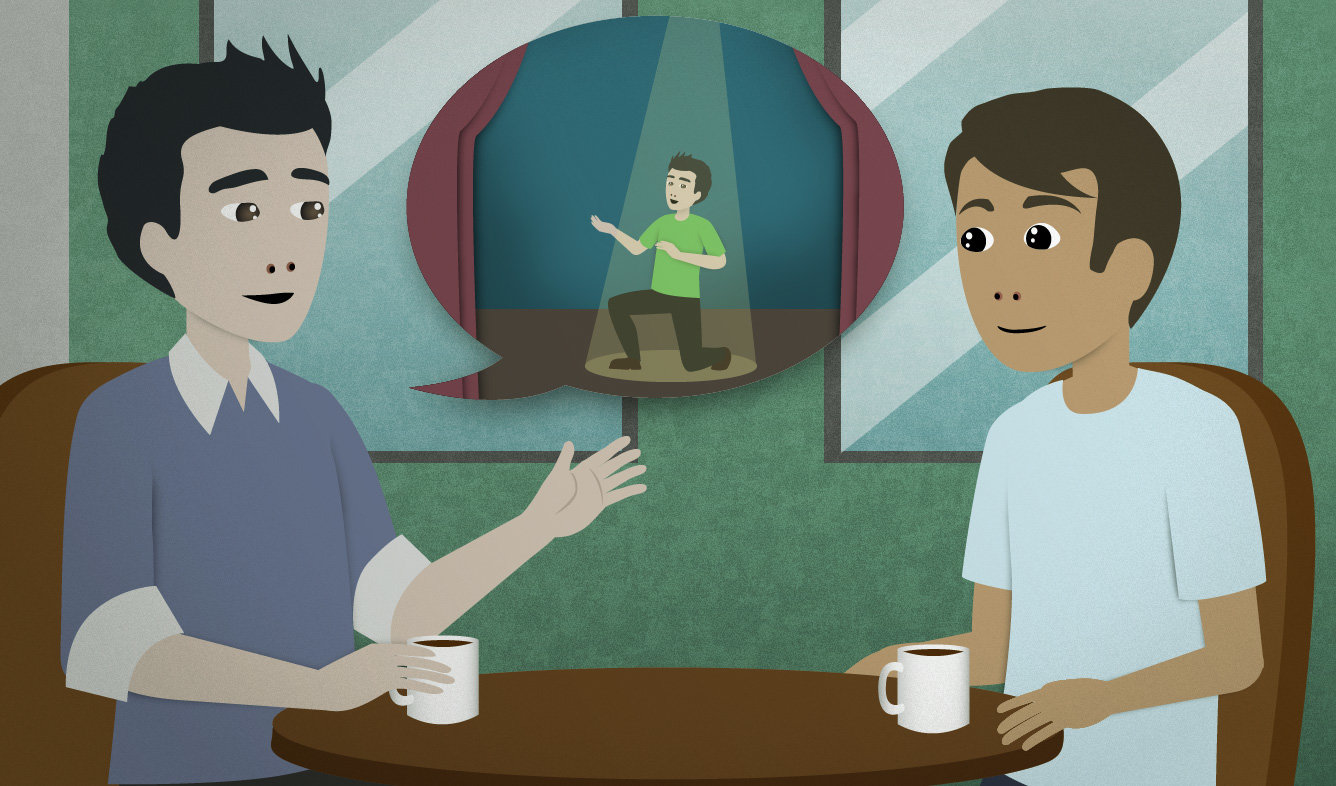 You joined an acting class because you were very shy. You explain that the class has made you more comfortable with performing in front of people.

At first I was nervous, but as time went on I got more and more comfortable, to the point that now I actually enjoy it.

When you want to describe something that continues to increase or decrease over time, you use the phrase "get ___er and ___er" or "get more and more ____". For example:

You just get more and more beautiful every time I see you!

Technology is getting easier and easier to use.

When you tell a story, it's common to talk about how things changed from the beginning to later on. To do this, you can use "At first...":

I saw something out on the ocean. At first, I thought it was a piece of trash or something. Then I noticed that it was moving. Suddenly, my heart froze as I realized that it was a shark's fin.

So "at first" explains what was happening before things changed.

You can also put "at first" at the end of a sentence:

He seemed nice at first. But as the relationship went on, he started to get more and more jealous.

(someone) is comfortable (doing something)

If you are "comfortable with" doing something, it means that you can do it without stress or worry. Here's how you use this phrase:

I'm not really comfortable with sharing that information.

You can also leave out "with":

Are you comfortable driving a van?

Being "nerous" is similar to being worried, but it's not as strong of an emotion. People usually get nervous in situations like:

as time (goes/went) on, (sentence)

Use the phrase "as time goes on" to talk about something that changes gradually:

As time goes on, our technology becomes more and more complex.

If you're talking about the past, you say "as time went on":

But then as time went on, I started to question some of the things that I had been taught and realize that some of it didn't make sense.

You can also use "as time goes by" in the same way.

to the point that (clause)

Use "to the point that ___" to talk about something that changes slowly, until it finally turns into something else. For example:

It's gotten busier and busier, to the point that now there's a line in front almost all the time.

His behavior has gotten worse and worse, to the point that now we're thinking about pulling him out of regular school and sending him to a special school for kids with behavior problems.

“They're one of the most reliable cars on the road.”