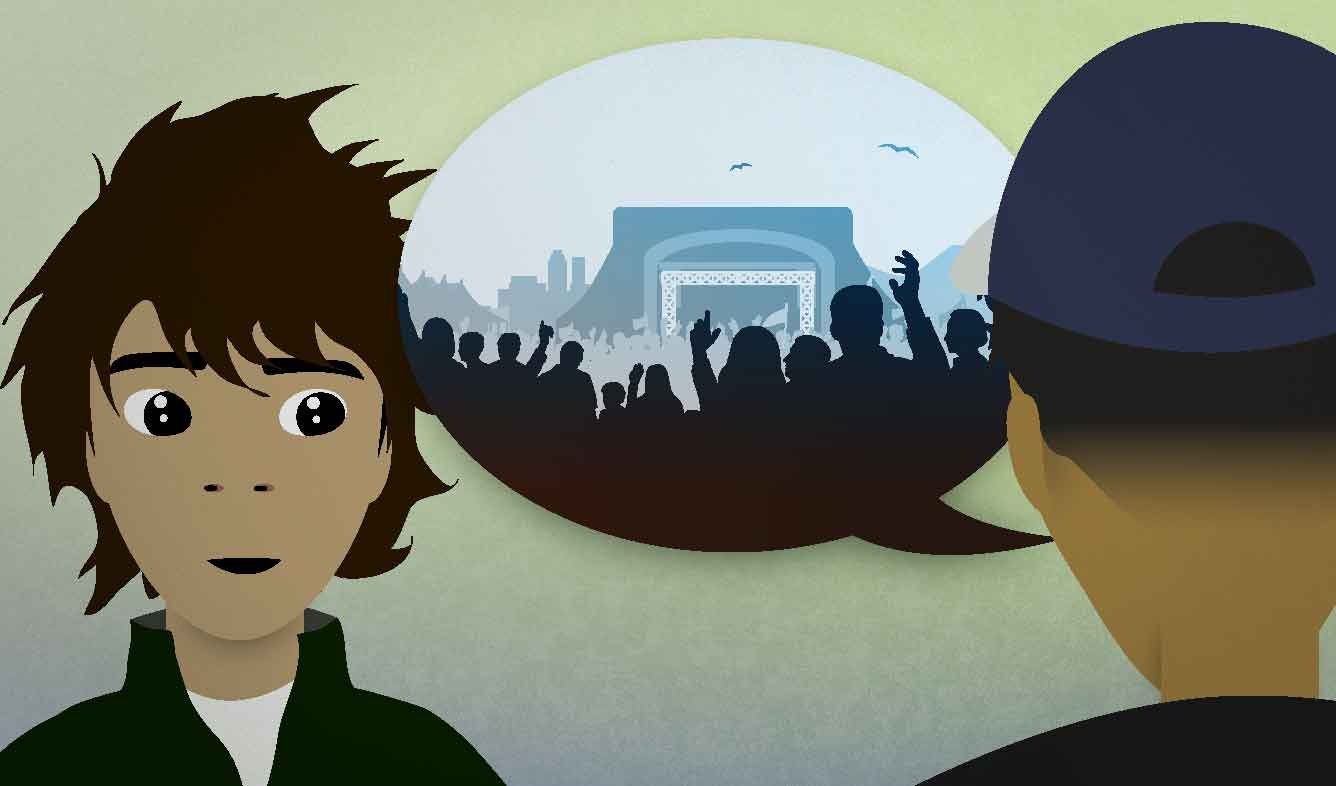 You're chatting with a coworker, who tells you that he's going to a music festival this weekend. It seems like fun, so you respond enthusiastically.

A: Hey, what was that you just said?

A: What does that mean?

Now, since the phrase "have beef" has become the topic of the conversation, you can refer to it with "it":

B: You mean "have beef"? It's a phrase that means that I'm not angry with him, or I don't have any problem with him.

A: Is it widely used?

However, the differences between "that" and "it" are subtle. It usually won't cause any big communication problems if you switch them up.

When you want to comment on what a person talked about, you can use the phrase "___ sounds ___":

When you use this expression, the word that follows "sounds" should be an adjective ("fun", "complicated", "heavy", "expensive", etc.)

Your town sounds like the town I grew up in.

(something is) a blast

When something is really fun, you can say that it's "a blast".

A: Have you been to the State Fair?

Your party was a blast. Thanks so much for inviting me!

There's also the phrase "have a blast":

A: How was Argentina?

"A blast" is OK to use whenever you are enthusiastic and excited. It's OK in both formal and casual situations.

“Make sure to bundle up!”

“At first I was nervous, but as time went on I got more and more comfortable, ...”