Lessons Bugs got to the squash last summer, a...

“Bugs got to the squash last summer, and we ended up with nothing left.” 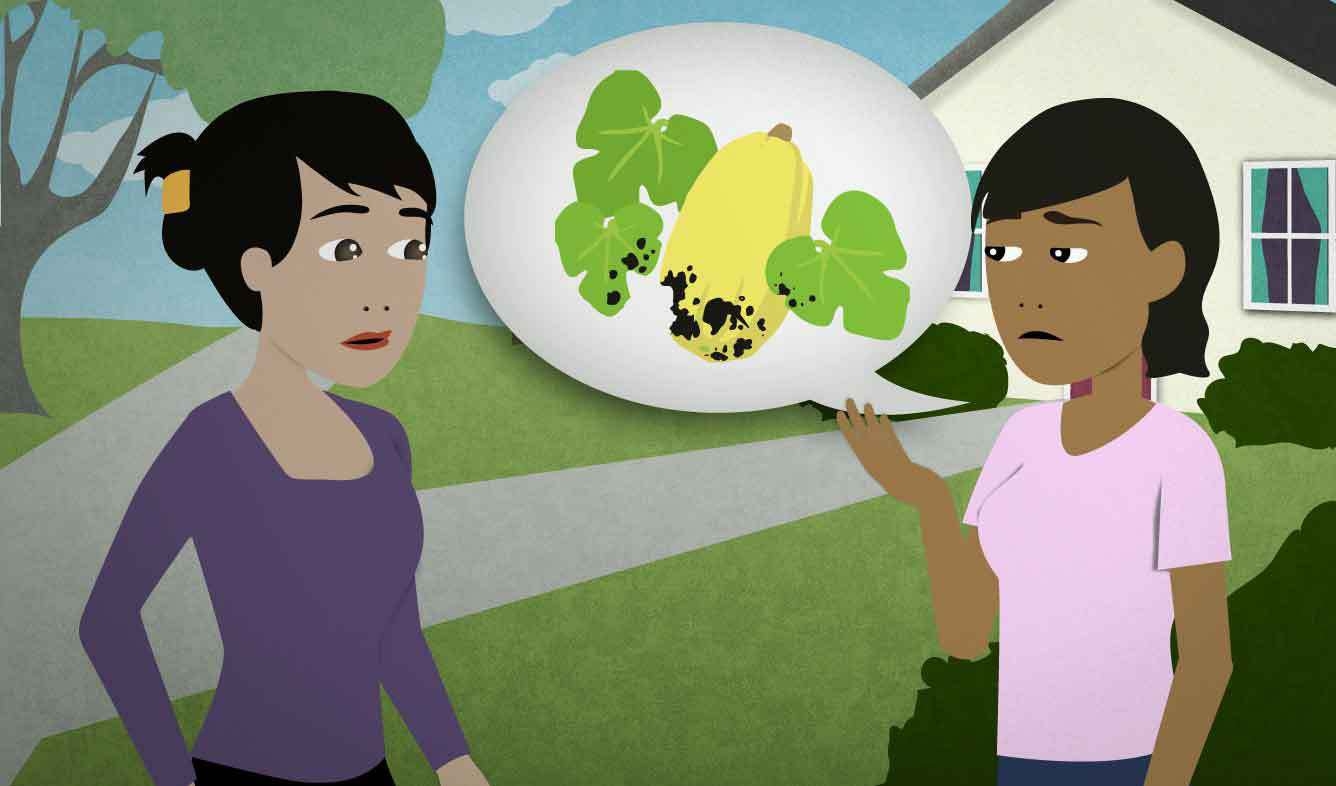 You're talking with a neighbor about your plans for your garden this year. You tell her about some problems that you had last year.

Bugs got to the squash last summer, and we ended up with nothing left.

A "bug" is an insect, like a fly, mosquito, ant, grasshopper, etc.

What kind of bug is that?

The word "insect" is more formal and a little more scientific-sounding than "bug".

end up with (something or nothing)

This expression describes what eventually happens at the end of a process:

If you keep drinking and smoking, you're going to end up with all kinds of health problems.

You can use it for either positive or negative results:

We ended up with over twenty thousand dollars in sales.

Bugs got to the squash last summer, and we ended up with nothing left.

This last example has "left" at the end. "no ___ left" and "nothing left" are commonly used in this phrase.

“Get to” has many meanings, but in this case it means a destructive person or animal ruins or uses all of something. When this happens, you feel annoyed or disappointed.

Some mold got to it so I threw it away.

Similarly, we also say “get into (something)” if someone opens and destroys something that was closed or contained.

Spike got into the garbage again.

"Nothing left" means that there used to be something, but now there isn't anything:

There’s nothing left to eat.

After the fire, nothing was left.

“There are people that you just 'click' with immediately, you know?”