“There are people that you just 'click' with immediately, you know?” 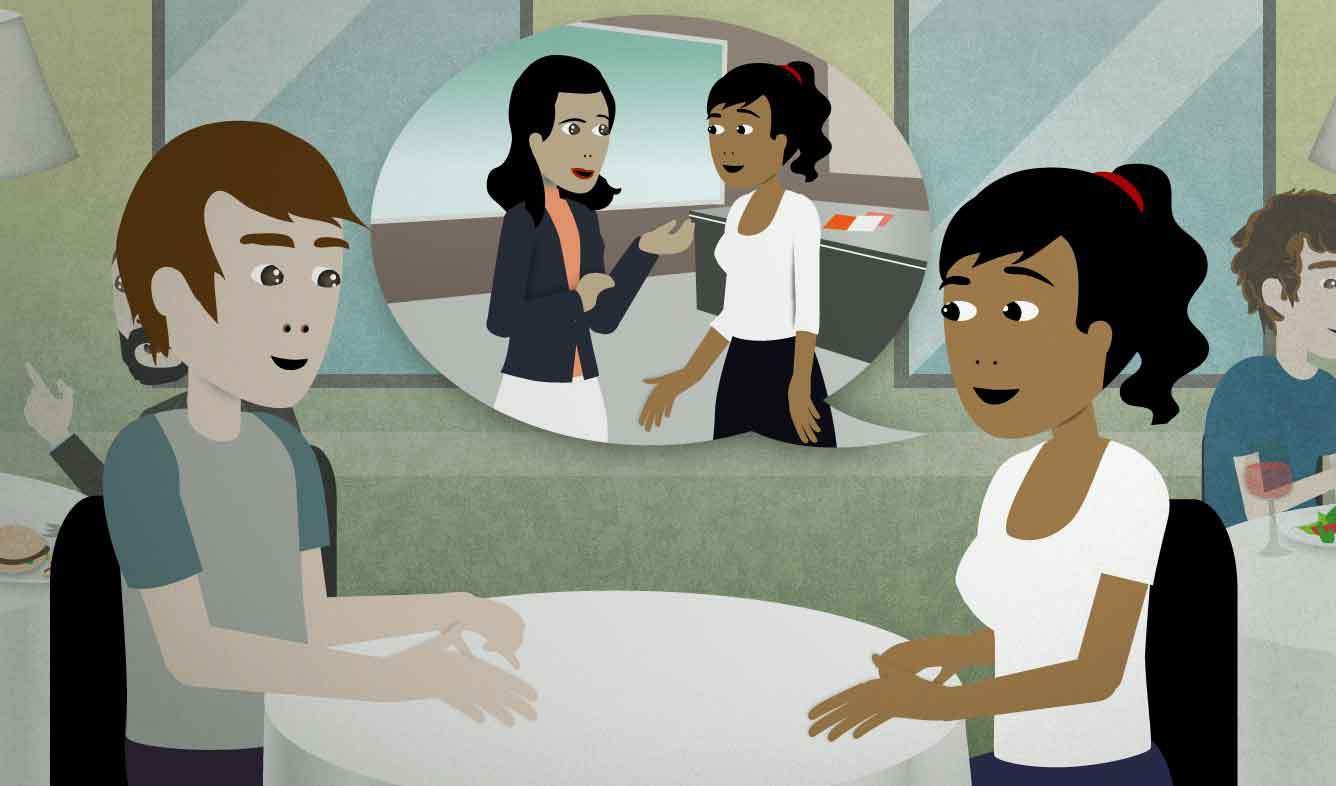 You have a new job and a new boss, who you really like. You find her easy to talk to, and you always feel comfortable with her, like a friend. You tell a friend how well you get along with your boss.

There are people that you just 'click' with immediately, you know?

To “click with” another person is to have a strong, effortless personal connection with them. If you meet someone and talk for an hour without any awkwardness, you probably 'click' well with this person. For a romantic relationship, this “click” is especially important:

I didn’t really click with anyone I met on any of those online dating sites.

We probably wouldn’t use this term in formal or business writing, but it’s quite common in speech and casual written communication.

The very first time I met her, I knew immediately that she was the woman I wanted to marry.

When I saw him in that costume, I immediately started laughing.

“Here, I printed out your extension and your computer login.”

“Bugs got to the squash last summer, and we ended up with nothing left.”