Lessons Can you at least give me a ballpark? 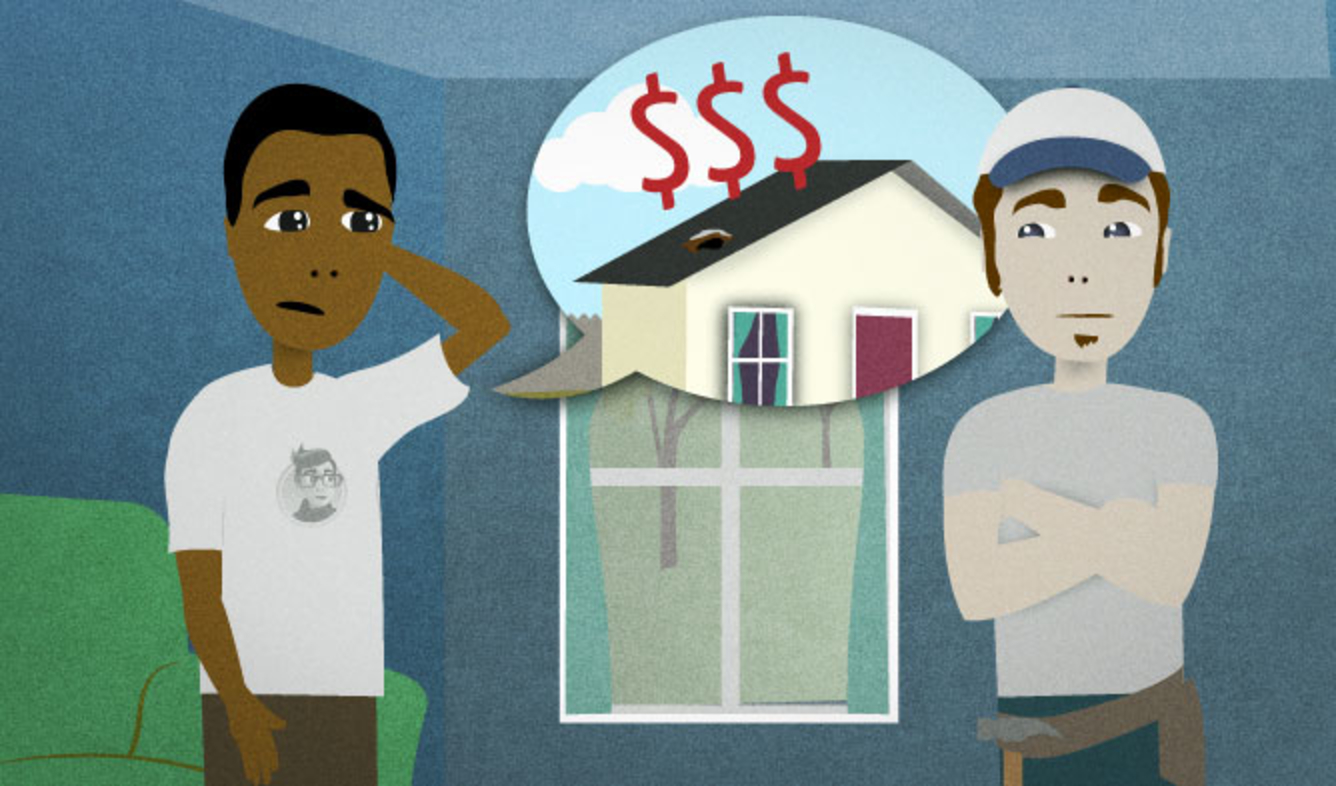 You're having the shingles on your roof replaced. The contractor who's doing the work tells you that the wood on your roof is rotten and will need to be replaced. He says that he doesn't know how much it will cost, but you want to have an idea of the cost, even if it's not accurate.

Can you at least give me a ballpark?

at least (do something)

When you want someone to do a something, but they don't want to do it, you state a lower minimum amount that you think they should do using "at least ___":

You can at least take out the garbage, since I cooked and washed all the dishes for you.

He could at least say "hi" or something.

give (someone) a ballpark

A "ballpark" is a rough estimate. In other words, it's a guess about an amount that's close to the correct number, but not exact. You use it like this:

Here's an estimate of the cost. Keep in mind, it's just a ballpark.

We'll call up the electrician and have them give us a ballpark, but I'll check with you before I have them do any work.

This phrase comes from the sport of baseball. A "ball park" in a place where people watch baseball games. If two locations are within the same ball park, then they're not exactly close to each other, but they're not too far away either.

“I find it hard to believe that you're really going to need all that luggage j...”