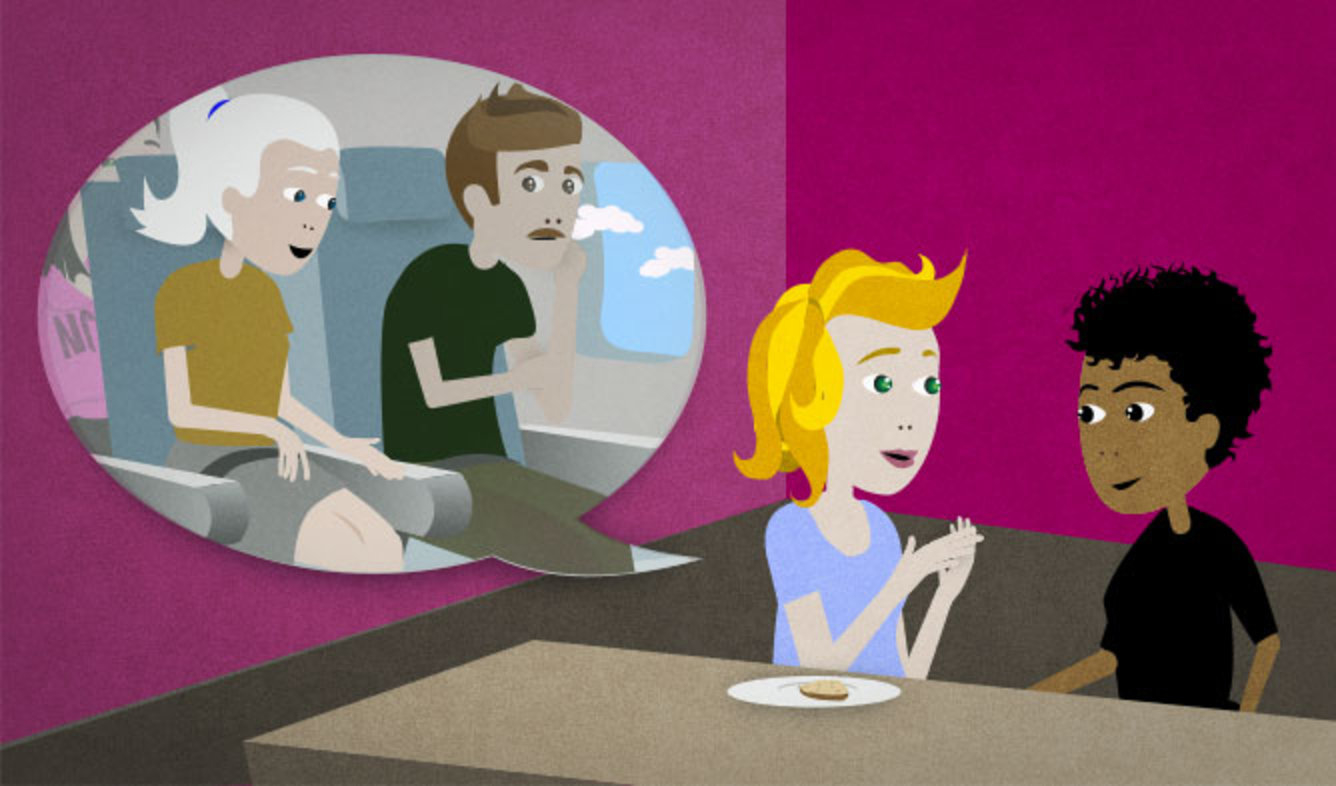 Your mother is very outgoing and talkative. You're describing her to a friend. You give an example of her outgoing behavior.

(someone) is always (doing something)

Say that someone "is always ___ing" when a person does something often, and you think it's too much.

He's always texting me and asking me to go out with him. Gross!

They're always asking me to join the team, but I've got absolutely no interest in playing softball.

strike up a conversation

To "strike up" a conversation means to begin talking to someone who you were not talking to before.

We usually use this phrase to describe starting a conversation with a stranger.

"Striking up a conversation" sounds friendly and relaxed.

"Total strangers" are people who you do not know at all.

A: Who was that gentleman you were speaking with?

“The thing about zombies is that they're not fast or resourceful, but they're ...”