Lessons The thing about zombies is that they'...

“The thing about zombies is that they're not fast or resourceful, but they're absolutely relentless.” 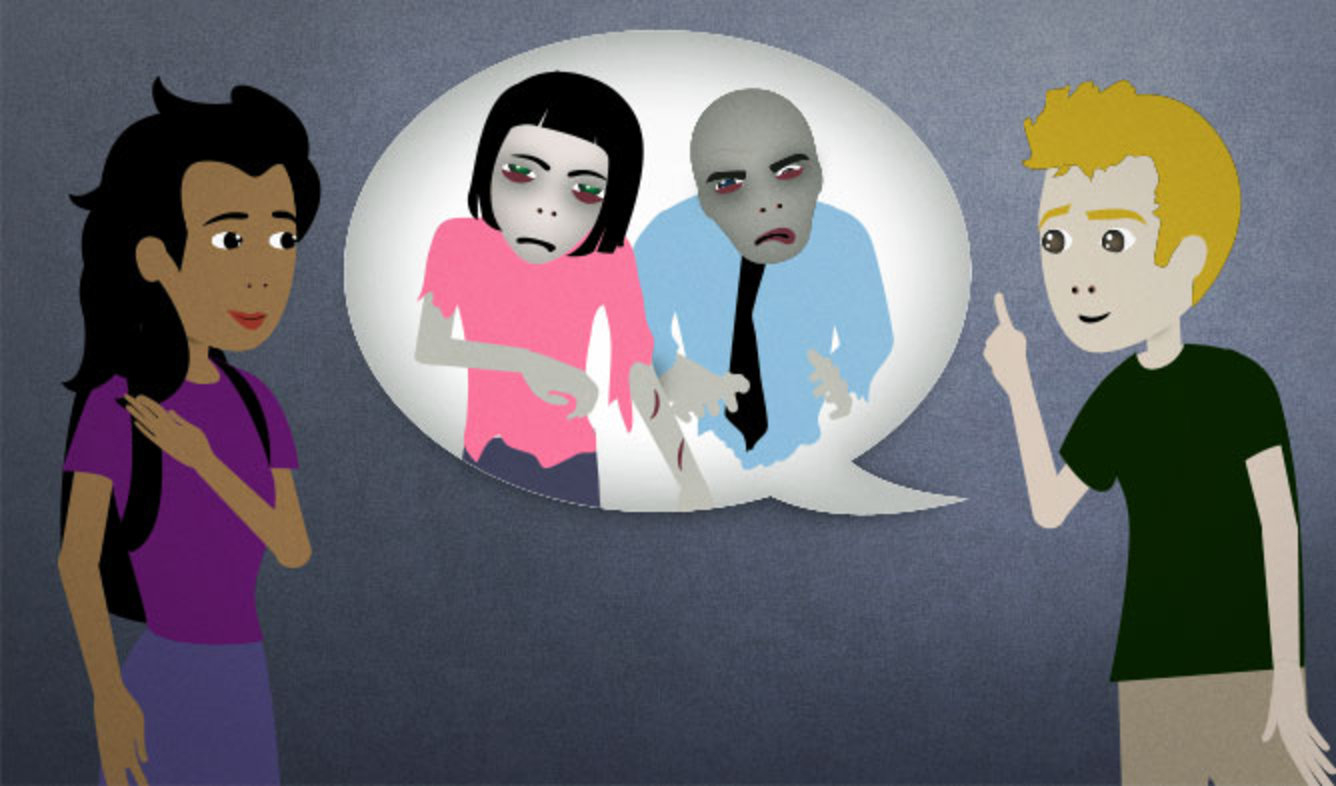 You're a fan of monster movies. You and a friend are discussing what kind of imaginary monster would be the most dangerous. You explain why zombies are quite dangerous.

The thing about zombies is that they're not fast or resourceful, but they're absolutely relentless.

The thing about (something) is (clause)

The thing about the current political administration is that they're all talk and no action.

The one thing about Lacey that annoys me to no end is that she's never had any hands-on experience, yet she seems to think that she knows everything about it.

You can also use "The thing about ___ is ___" in other situations where you're not complaining. You can also use it to introduce a positive or interesting point about something. For example:

The thing about my Uncle Frank is that, once you get to know him, he's really nice and very loyal.

The thing about college is, you don't really learn very much that you couldn't learn on your own by reading a few books.

"Zombies" are a kind of monster that appear in movies and TV shows. They're dead people who have come back to life. They usually chase living people in order to bite them and eat their brains. But fortunately, zombies are slow and dumb.

A "resourceful" person has a certain kind of intelligence. They're able to accomplish a lot with limited resources. Here are some examples of people that you could describe as "resourceful":

Companies often want to hire "resourceful" employees because they will get the job done, no matter what.

(someone) is absolutely relentless

A "relentless" person is someone who keeps trying and never gives up.

"Relentless" is not a completely positive word; you can use it to describe someone who keeps doing something annoying as well. For example:

B: Yes! Once you get him started, he is absolutely relentless!

You'll often hear the word "absolutely" before "relentless" to describe a person who's really, really determined.

You can use the word "absolutely" to strengthen an adjective that already sounds strong:

I was absolutely exhausted.

It was absolutely disgusting.

Note that if an adjective isn't already strong, you can't use "absolutely" with it. So "I'm absolutely tired" would be strange, while "absolutely exhausted" is OK. "It was absolutely big" is strange, but this works:

It was absolutely enormous.

“Please disregard my last message. It was mistakenly sent to the wrong group.”