Lessons Can you pick up a loaf of that wheat ...

“Can you pick up a loaf of that wheat bread that I usually get?” 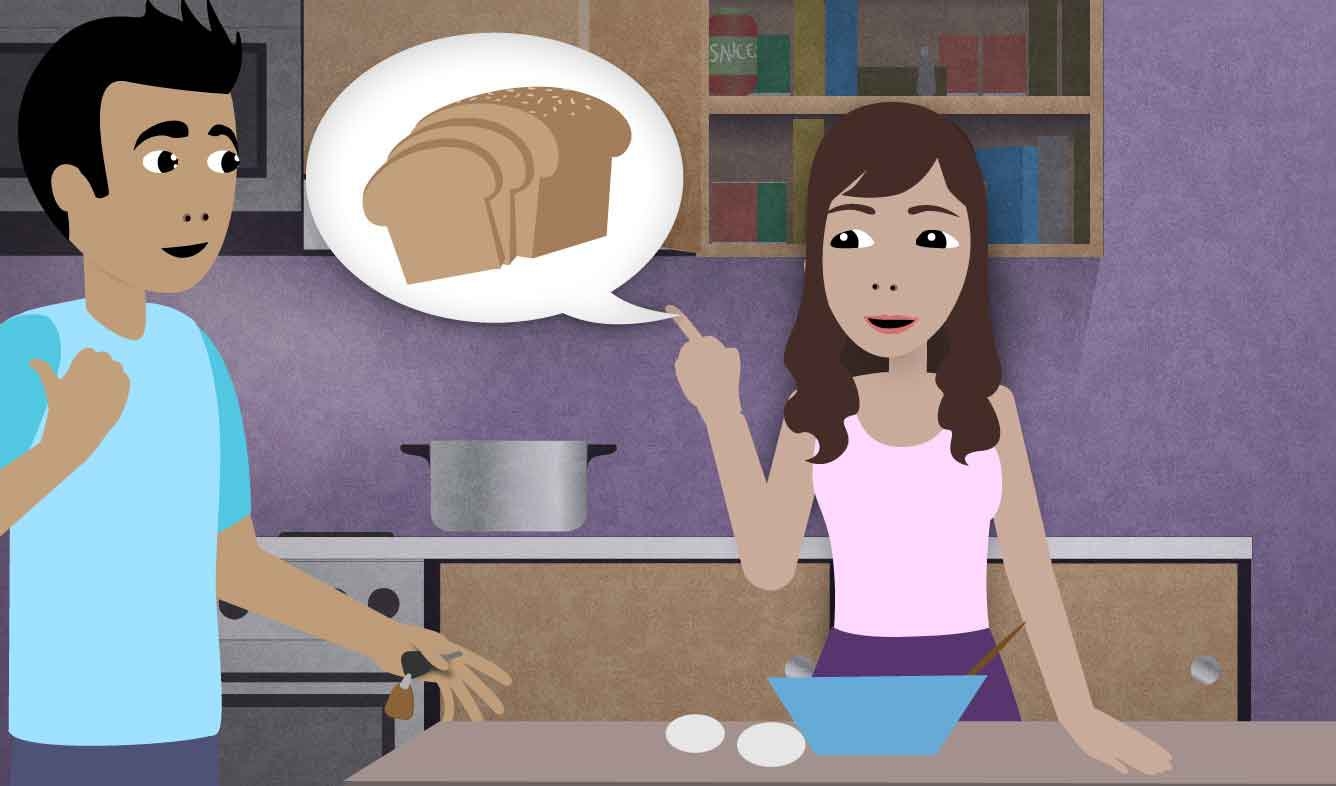 Your husband is going to the supermarket to buy groceries. He asks if you want anything in particular. You do, so you tell him what you want.

Can you pick up a loaf of that wheat bread that I usually get?

The phrase "pick up ___" can mean to buy something at a store. When you use this phrase, it sounds like you are buying something quickly while you are on your way to somewhere.

a loaf of bread

In English, “bread” is uncountable. We say:

Do you want some bread?

If you want to count bread, you have to use one of the following counters:

We use “loaf” when we talk about buying bread:

I bought a loaf of bread, some milk, and some apples.

Instead of saying “the wheat bread,” saying “that wheat bread” is more specific. The speaker, using “that,” points out one kind of bread, and not others.  In fact, when we point at something with a finger, we usually say “that (thing).” In this case, the speaker can’t see the bread, but using “that” shows that the speaker and listener both know this specific brand of bread. Here’s another example:

Look at that puppy over there!

You can also include a clause after “that __”:

Do you know that guy who’s always outside the library?

Did you find that book you were looking for?

“Wheat bread” is bread that’s a little brownish. It’s made with flour that still has the brown outside layer of the wheat that it’s made from.

The opposite of “wheat bread” is “white bread”, which is made with refined flour. Refined flour is pure white.

I need to get better boots.

Can you get me a double shot soy latte?