Lessons Can't you make an exception just this...

“Can't you make an exception just this once?” 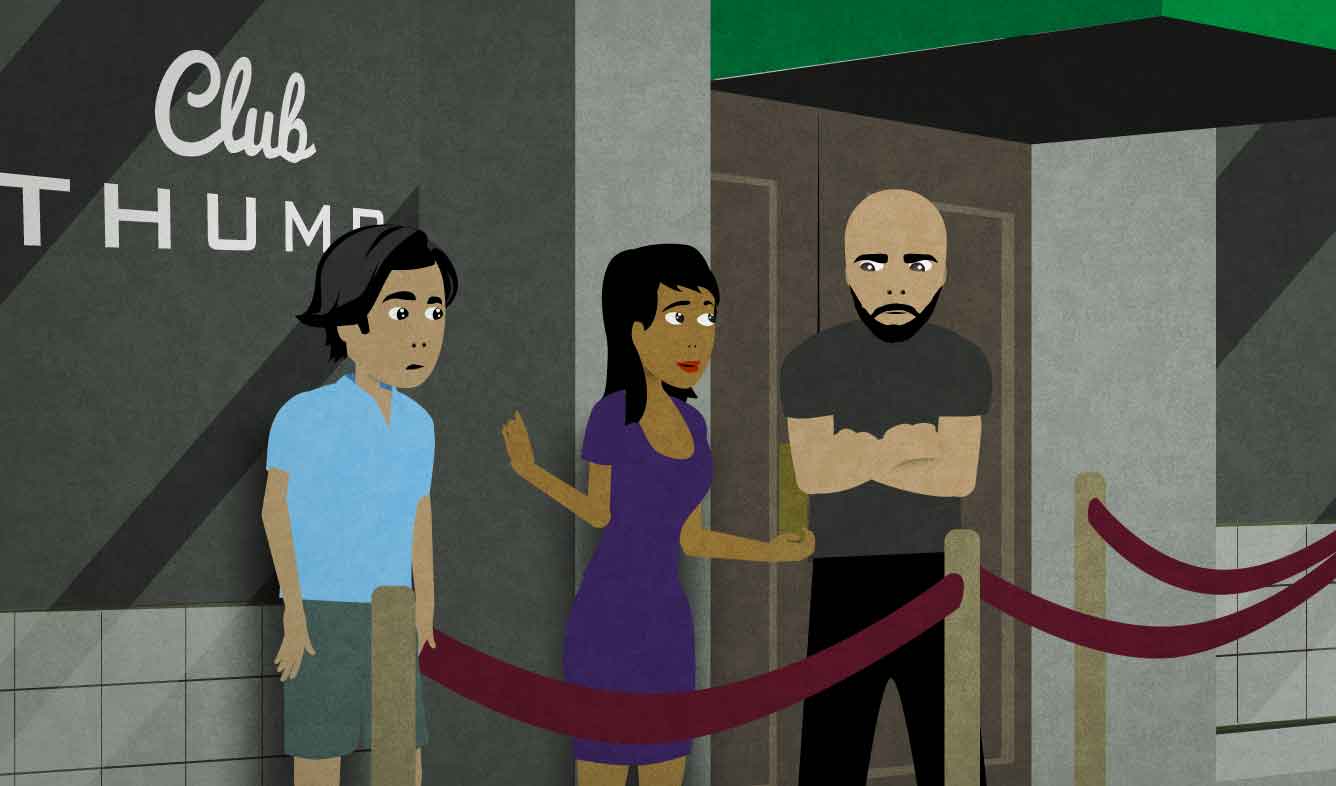 You and your friends are trying to get into a nightclub, but the club has a dress code that doesn't allow people wearing shorts to enter. Your friend is wearing shorts, so the bouncer won't let him in. Begging, you ask the bouncer this.

Can't you make an exception just this once?

can't you (do something)

You can ask "Can't you ___?" instead of "Can you ___?" when you're not just asking a question, but trying to convince someone to do something.

Imagine that you're trying to convince your son, who's playing a noisy game, to play in another room so that it doesn't distract you. You can say:

Can't you do that in the other room?

You can sound either polite or annoyed when you say "Can't you ___?" But in any case, you are trying to convince the listener.

(do something) just this once

When you're trying to convince someone to do something that they don't want to do, one way to persuade them is to say that it's "just this once". It means that they only have to do it one time. In the future, they won't have to do it again.

People use this phrase a lot when asking for favors from people. Like when you want to borrow money from a family member:

If you make or enforce a rule, but you break it one time because of a special situation, you're "making an exception" for that person.

For example, if a teacher has a rule that homework has to be submitted by a certain date, he can "make an exception" for a certain student whose computer broke.

Use "for ___" to indicate theperson who is allowed to break the rule:

“I would lean toward staying in Spain.”