Lessons Child soldiers in these countries hav...

“Child soldiers in these countries have been forced to witness and carry out extreme acts of violence.” 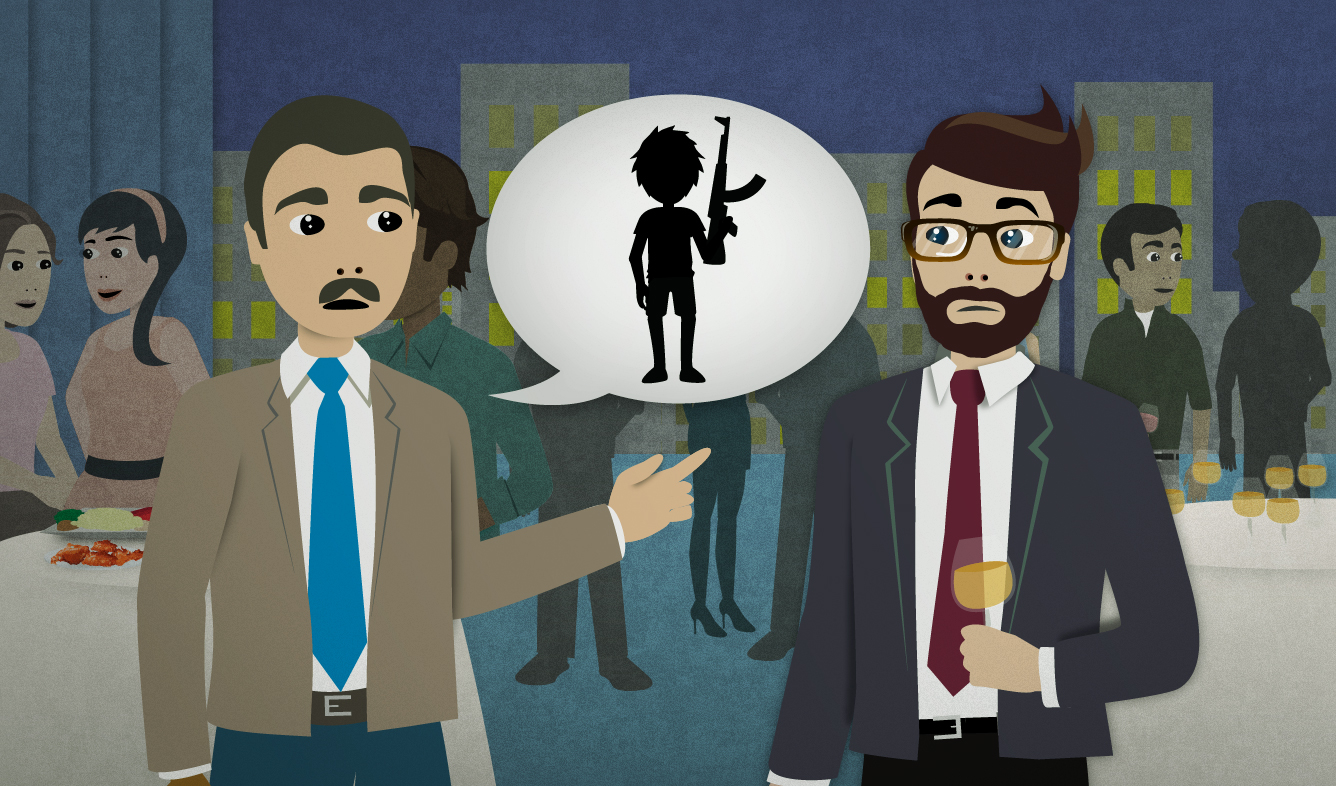 You work for a nonprofit company which offers help to children in violent countries. You're explaining the company's mission to a person who you're trying to get a donation from.

Child soldiers in these countries have been forced to witness and carry out extreme acts of violence.

force (someone) to (do something)

To "force" someone to do something means to make them do it. You can use this word somewhat playfully:

They forced me to sit there and watch it.

Or you can use "force" to talk about something violent and frightening:

They forced everyone at gunpoint to hand over their money, phones, and other valuables.

You can also "force" yourself to do something.

I forced myself to sit there in front of the computer and keep working on it until it was done.

This means to use your willpower to make yourself do something that you don't really want to do.

A child who becomes part of an army or terrorist group can be called a "child soldier".

My cousin witnessed the explosion first-hand.

Or you can "witness" something that's beautiful or exciting:

When I was staying at the farm I got to witness the birth of a baby horse.

carry out (an action)

They gave us an order, and I intend to carry it out.

Police officials have not yet determined who carried out the attack.

Violence is not the answer to our problems.

Human beings are capable of extreme acts of violence, but they're also capable of deep compassion and forgiveness.

The phrase "acts of" describes doing a certain kind of action. Some common examples are:

in a war
Print this Lesson

“Believe it or not, I had never even traveled abroad when I moved here.”