“Clarence, this is Nina. She’s taking over Anita’s old job in Finance.” 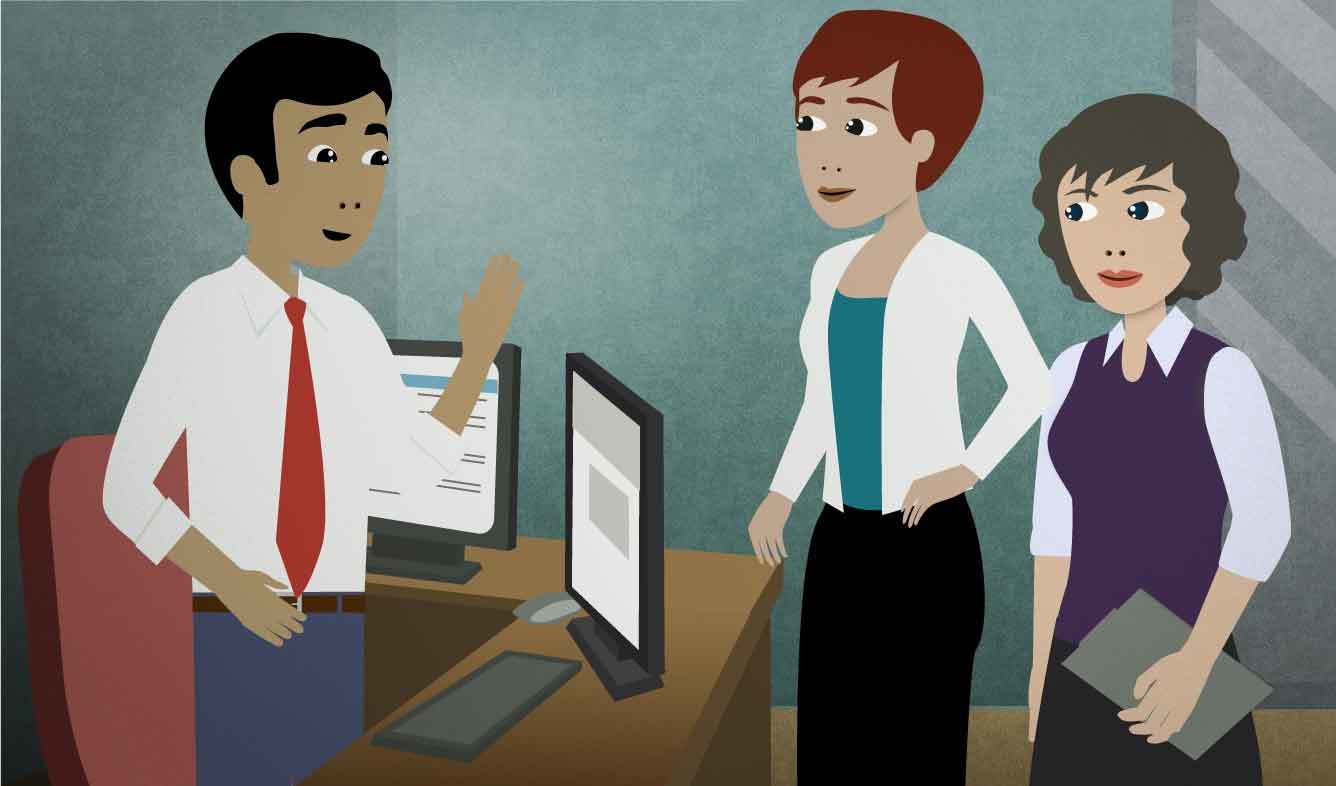 There's an new employee in your department. You're introducing her to some of the people in your company. This is one of your introductions.

Clarence, this is Nina. She’s taking over Anita’s old job in Finance.

This is a polite way to introduce two people to each other. First you say the first person's name. You start with the person you were just talking to. In this example, you were talking to Jeff but you said "How rude of me!" to Karen, so you start:

Then you say "this is" and then describe the relationship:

this is my sister's husband

this is my colleague

this is the president of the University

take over (a job or position)

When someone "takes over" a job, it means that the person who was doing the job before stops, and the new person starts.

We often use the phrase "take over for (someone)":

She's going to take over for you while you're out on maternity leave.

You can also say "take over as (the name of the position)":

I heard that you're going to take over as head coach starting next season. Congrats!

"Finance" is an area of business. It's a part of business that deals with money.

"Finance" is a little different from "Accounting", which is another job that deals with money. Finance is about raising money, figuring out how to invest it, and so on. An accountant is mostly concerned with recording and calculating business expenses.

“Well, one way or the other, I'd better figure something out soon.”