Lessons Dave is in charge of the entire East ...

“Dave is in charge of the entire East Coast sales team.” 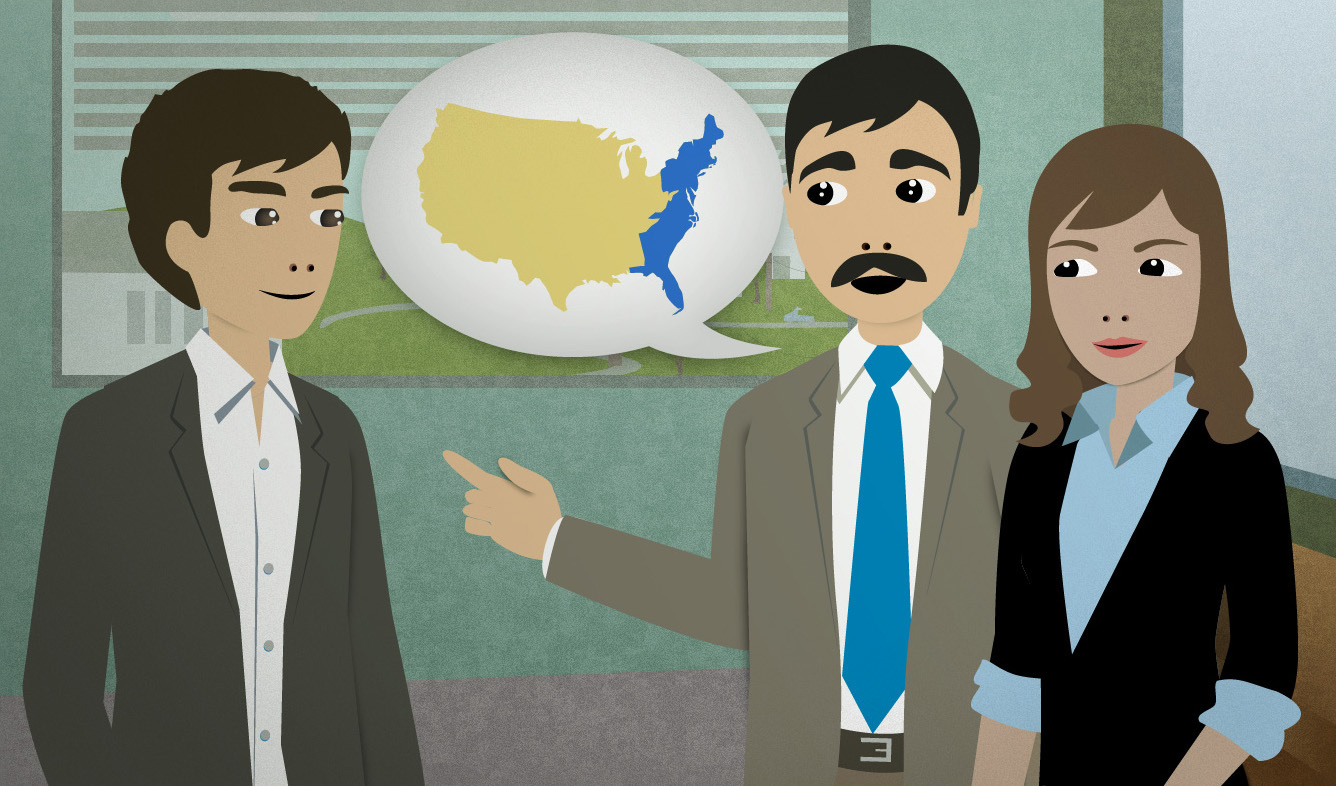 There's a new employee in your department. You're introducing her to some of the people in your company. This is one of your introductions.

Dave is in charge of the entire East Coast sales team.

(someone) is in charge of (something)

Or you can be "in charge of" a person or a group of people:

When you're in charge of a team of over 30 people, it's pretty stressful.

In both cases, being "in charge" means that you are the leader or the person who's responsible.

A: Did you grow up here?

Other countries can also have an east coast, if there's an ocean or sea on the eastern side. In some places like the U.S. and Australia, "East Coast" is capitalized. In other places, it isn't.

A group of salespeople is often called a "sales team".

There are rumors that they're planning to lay off their entire sales team.

A "team" can mean all of the salespeople in a company, or it can mean a specific group of salespeople. For example, a company might have different sales teams for different regions.

“You'll pass a coffee shop on your right. Right after that, veer off to the le...”

“It's kind of a customer service job.”