Lessons Do you happen to know a guy by the na...

“Do you happen to know a guy by the name of Fred Breedlove?” 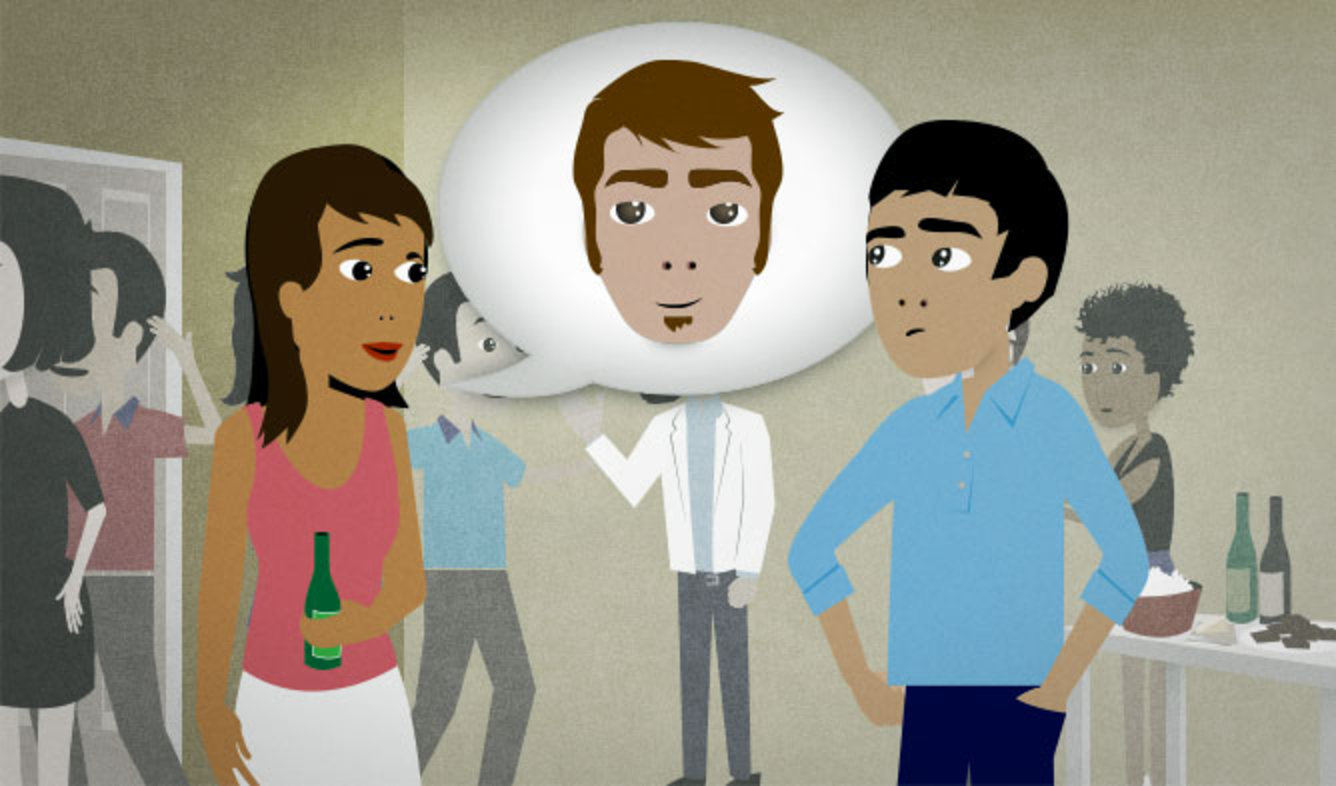 You're talking to someone at a party. He tells you that he grew up in a small town. You know one person from that town, so you ask whether this person knows him.

happen to (do something)

Use the phrase "happen to ___" to talk about something that doesn't seem very likely. One way this is useful is for asking questions, even though you don't think the listener will know the answer:

You can also use "happen to ___" to ask questions politely, even when you do think the listener's answer will be "yes":

Talk about a person this way when you think that your listener probably doesn't know who the person is:

There's a man by the name of Tom Johnson who owns a hardware store in that neighborhood. Have you ever met him?

It was founded in the late '30s by a woman by the name of Eloise LaPointe.

This is casual spoken English. Don't use it in writing.

casual at a party
Print this Lesson

“If you don't behave yourself, you're going straight to sleep after dinner. Do...”