Lessons If you don't behave yourself, you're ...

“If you don't behave yourself, you're going straight to sleep after dinner. Do you understand me?” 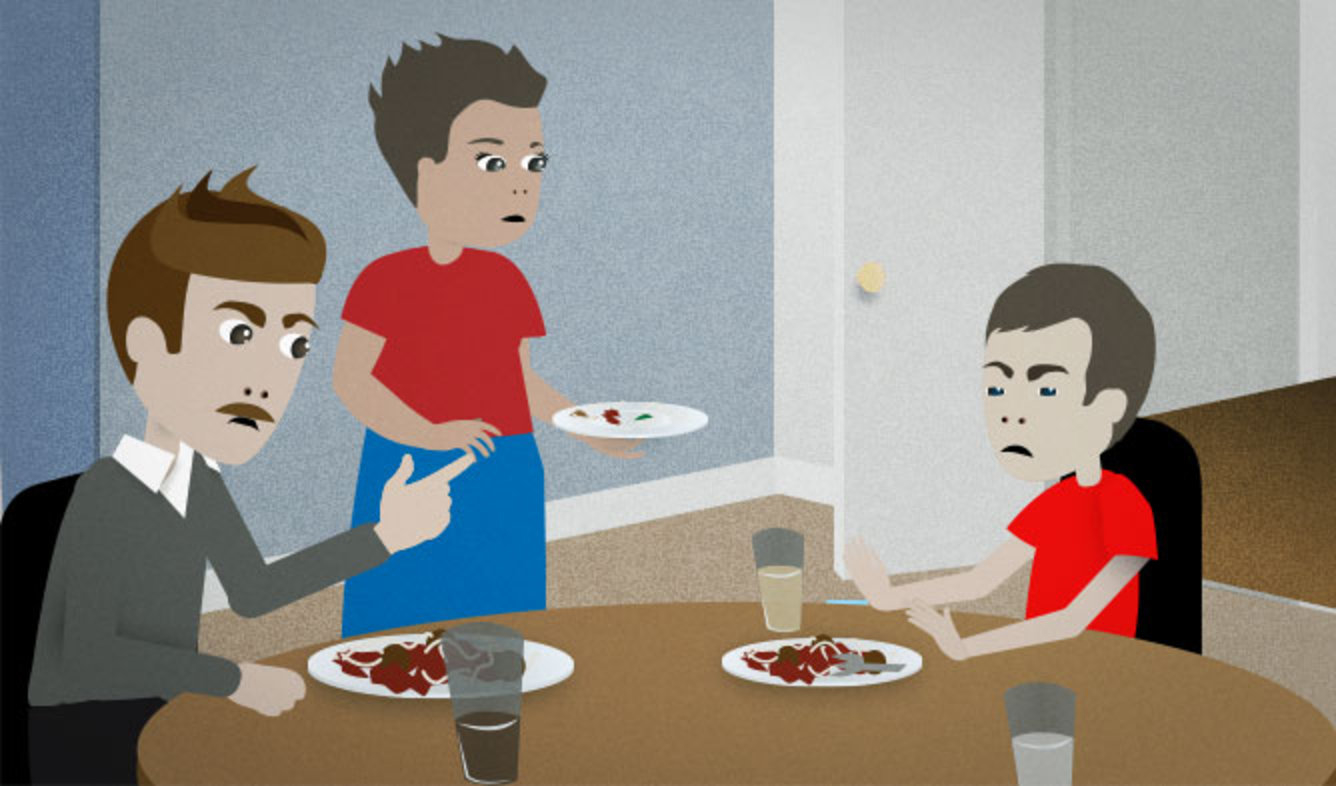 Your son is behaving badly during dinner. You threaten to punish him this way.

If you don't behave yourself, you're going straight to sleep after dinner. Do you understand me?

To "go straight to" somewhere means going there directly, without going anywere else on the way:

I went straight to the hospital to see her as soon as I heard about the accident.

When you're talking about sleeping, there are several stages:

There are other actions that have similar stages. For example, you "put on" clothes, then "wear" them, then "take them off".

If you don't (do something), (consequence)

This is an expression that English speakers use when they need to threaten someone.

If you don't pay me by the end of the month, I'm kicking you out.

If you don't stop making that noise, I'm going to scream!

Of course, threatening people is often a bad idea and can lead to arguments.

"Behaving yourself" means acting in the way that you're supposed to.

We often tell children to behave themselves. This means that they should not:

move or run around too much

Do you understand me?

When someone like a parent, teacher, or boss is angry, they may tell their children, student, or employee what to do, and then ask "Do you understand me?" They expect a response like this:

A: You are not allowed to go out with him again. Do you understand me?

Does that make sense?

children conditionals punishing someone making a threat
Print this Lesson

“Do you happen to know a guy by the name of Fred Breedlove?”