Lessons Don't just go in and hit them over th...

“Don't just go in and hit them over the head with a pre-rehearsed pitch.” 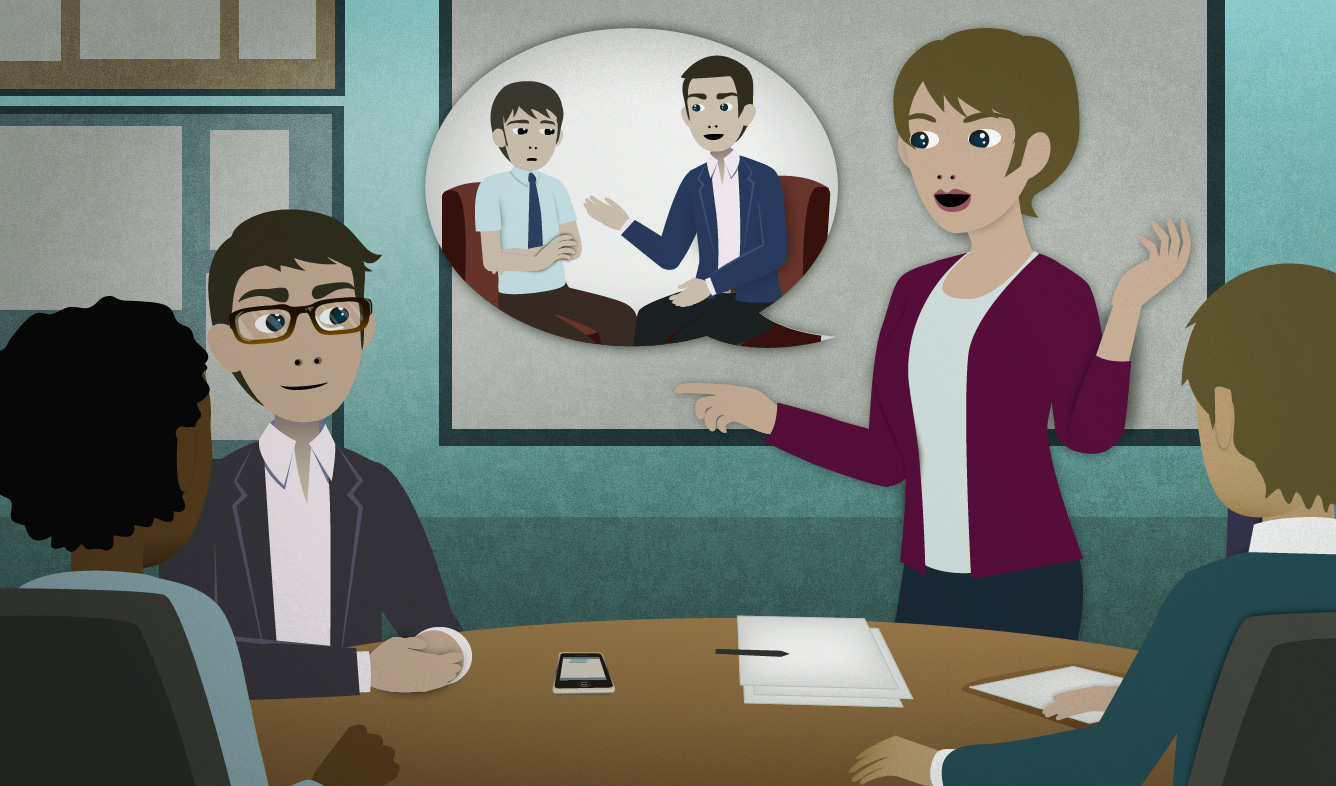 You're a sales trainer. You're teaching a course to a company's sales staff. You're explaining that customers don't like it when salespeople speak a lot without listening.

Don't just go in and hit them over the head with a pre-rehearsed pitch.

In sales, your "pitch" is what you say to people to introduce your product or to get them to buy something. It's about 30 seconds to 5 minutes long. A salesperson's pitch is usually the same, or very similar, every time they talk to a customer. You can use the word "pitch" as a noun, like in the example at top. You can also use it as a verb:

Could I come to the next Directors' meeting and pitch my idea?

There are other kinds of "pitches" as well. For example, a writer might have to "pitch" an idea for an article to an editor. At a television studio, a TV show creator "pitches" the idea for the show to the television executives.

go in there and (do something)

People use the phrase "go in there and ___" to talk about some bold or exciting action that takes place in a room. For example:

Just go in there and tell her what you think.

This means to go into a room (maybe someone's office) and then tell someone your opinion. A lot of times, when people use this phrase, "in there" means an office or meeting room. Here's another example:

He went in there and told those lawyers that if they had a problem, they could take him to court.

hit (someone) over the head with (something)

"Hitting someone over the head with ___" is an idiom that means to repeat something again and again. For example:

After the second or third time she said it, I was like, "All right. We get it. You don't have to keep hitting us over the head with it."

"Hitting someone over the head" with an idea is usually a bad thing.

When someone says something that they've already practiced several times, you can call their words "pre-rehearsed".

We often use the phrase "pre-rehearsed" to complain that someone isn't speaking honestly or naturally. For example:

All they do in those presidential debates is read out pre-rehearsed speeches. They never actually answer the questions.

“We need to get this resolved as soon as possible.”

“I came this close to packing up and moving out to Hollywood to pursue an acti...”