Lessons Don't you hate how those cords always...

“Don't you hate how those cords always get tangled up?” 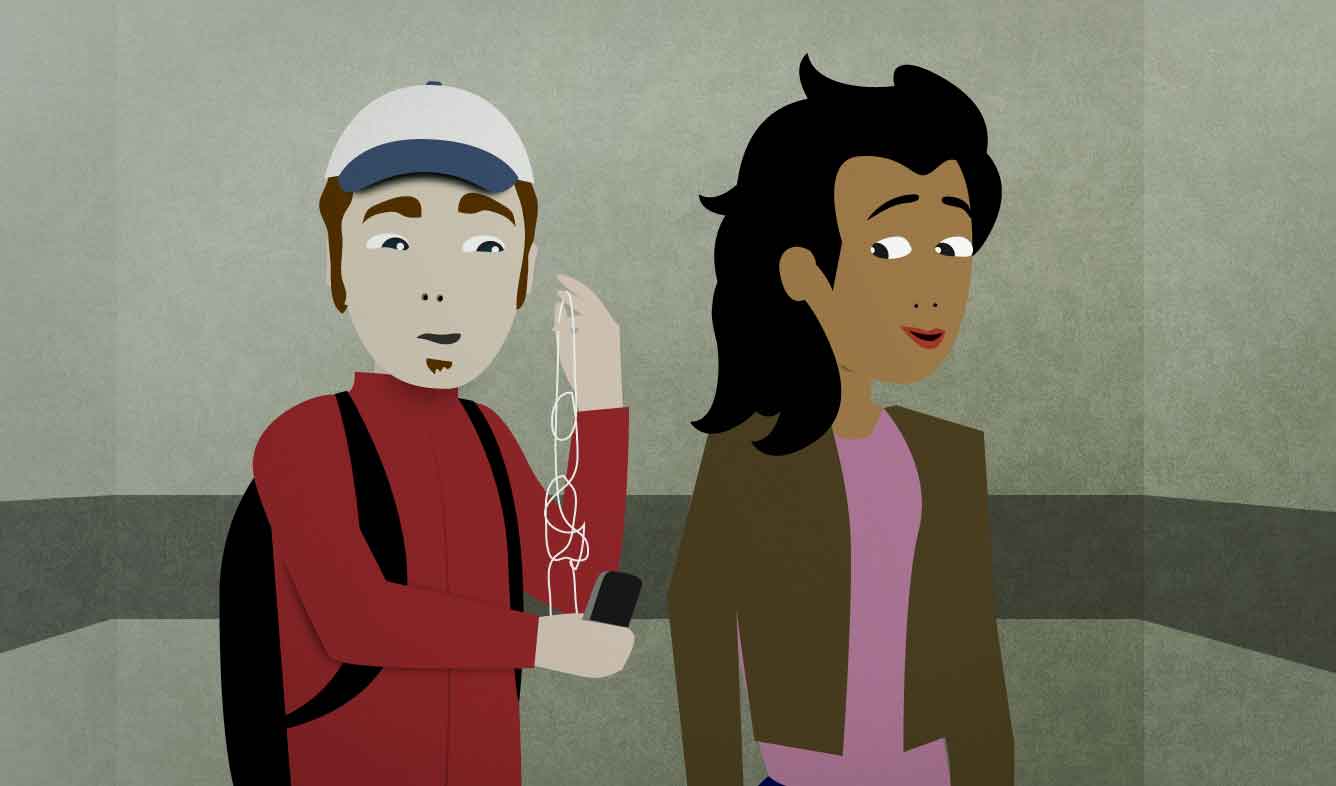 You see someone in the elevator who's trying to untie the wires of his headphones. You think its funny because you do that a lot too. You say this.

Don't you hate how those cords always get tangled up?

Don't you hate how (something happens)?

This is a way to talk about something that's annoying to both you and the person you're talking to. For example:

The word "hate" sometimes describes a really strong emotion, but in this case it doesn't sound that strong.

There's another form that you can also use: "Don't you hate it when (something happens)?"

Don't you hate it when you say something sarcastically and people think you're serious about it?

This version is for things that happen more rarely.

A "cord" is basically the same as a "wire", but with some small differences. A "cord" usually comes out of an electrical device and plugs into something else. You could call this a "wire" too, but "cord" is more common.

Inside of an electical device, there are probably a lot of small wires. You wouldn't call these "cords".

The word "cable" also describes a type of wire. A "cable" is longer and thicker than a cord. For example, electrical cables provide power to your home.

(something) gets tangled up

Long, thin things like ropes, cables, and hair sometimes "get tangled up". This means that they accidentally get tied into confusing little knots.

You don't need to include "up". You can also just say, for example:

The cord is tangled.

This is a little more formal and serious-sounding.

demonstratives get 日本語
Print this Lesson

“I’m going to have you shadow Narisa for the first few days until you’re comfo...”