Lessons Employment in the region is relativel...

“Employment in the region is relatively stable because the majority of jobs are in government and health care.” 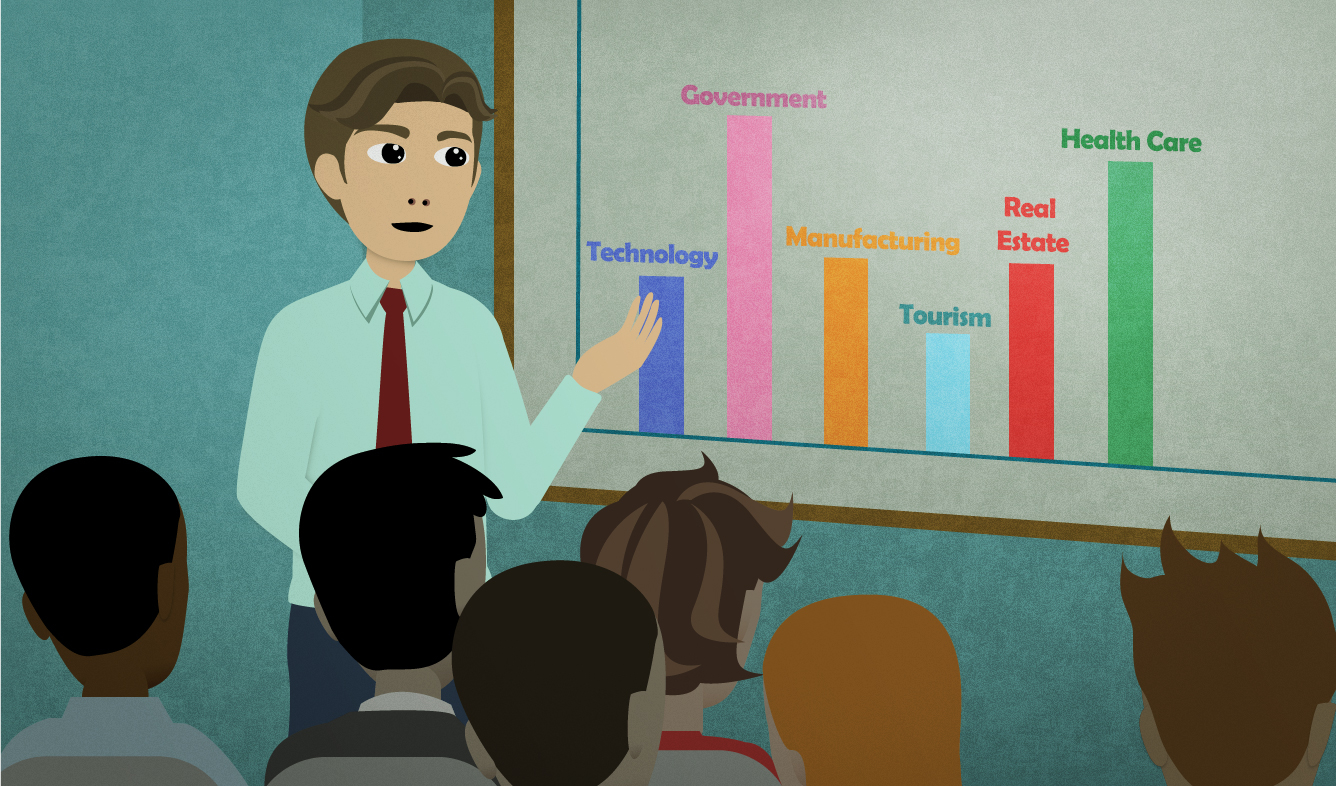 You work for a company that owns stores across the country. You're making a presentation about where the company should build its next branch. You give one reason why the city that you picked is the best choice.

Employment in the region is relatively stable because the majority of jobs are in government and health care.

Use this expression when you want to compare something to other things of the same kind.

For example, if you say that a wine is "relatively inexpensive", it means that it's cheaper than a lot of other wines that are of similar quality. The price might still seem expensive to the customer, but it is "relatively" cheap compared to those other wines.

Some adjectives which often appear after "relatively" are:

relatively easy (to do something)

A "region" is an area. The size of a region varies. It can be an area the size of a few cities, or the size of several countries. If you're talking about outer space, it can even mean an area that's hundreds of millions of times bigger than the earth.

When people talk about "employment" it means the number of people who have jobs. Often, we talk about whether the level of employment is going up, going down, or is the same:

Employment is up this year.

Employment is down 10% from last year.

Employment in the pharmaceutical industry has been stable over the last several years.

the majority of (something)

"The majority" means "more than half":

According to some surveys, the majority of Americans support the legalization of marijuana.

This phrase is more formal than "most" or "most of".

“We just need to think about whether that will work from a design perspective.”

“Don't try to twist my words around.”