“First things first. Let me introduce our new interns... This is Erina Mano and over here we have Jonah Ray.” 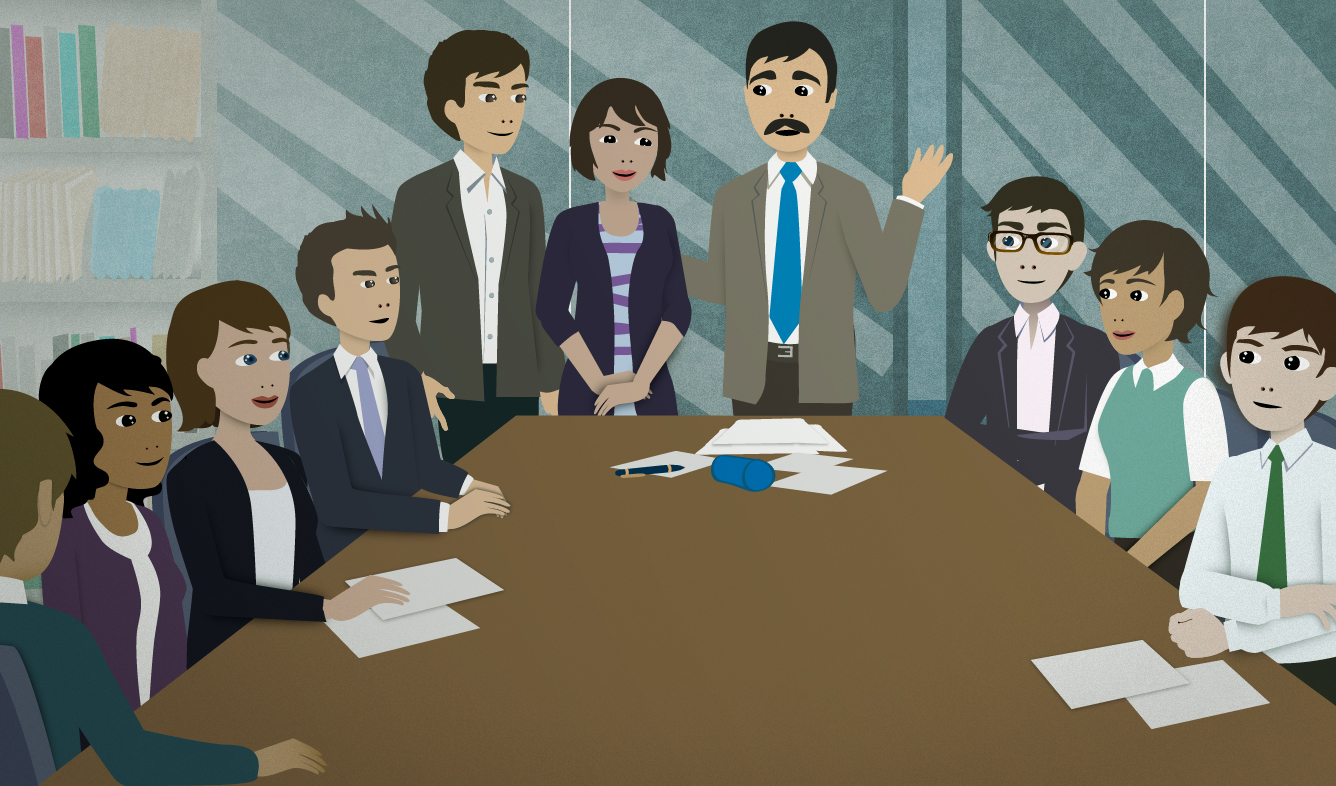 You're the manager of a department at work. You're leading your weekly staff meeting. You have some important things to discuss, but you want to introduce some new people before you begin talking about those things. You introduce them this way.

First things first. Let me introduce our new interns... This is Erina Mano and over here we have Jonah Ray.

Let me (do something)

When you see or hear the words "Let me...", you may think that the speaker is asking for permission, but that's not true. This phrase is used in both casual and formal situations to announce what you're going to do:

Let me give you a few examples.

First things first: let me start by congratulating everyone for our win at last night's game.

First things first: let me tell you a little bit about our company.

An "intern" is a student who does a job temporarily in order to learn more about a job or industry. The temporary job that they have is called an "internship".

Internships can be paid or unpaid. They usually last from one to six months. Most interns are college or university students, but sometimes people who are not in school can also do an internship.

Here's an example of how to talk about an intern:

Another concept that's similar to an "intern" but a little different is an "apprentice". An apprentice is someone who's learning how to do a complicated job by working alongside someone with a lot of experience. But an "apprenticeship" lasts longer than an "internship": years instead of months. Internships are more common for corporate office jobs, while apprenticeships are more common for jobs like electricians, plumbers, mechanics, and so on.

(here/there) we have (something/someone)

When you're showing things to people, you can point to something and say "here we have ___" or "there we have ___". For example, if you go on a tour, you might hear tour guide use this phrase:

Over there on your right we have the National Museum, which was built in 1847.

You can also use this phrase when pointing to people in a photograph:

That's me and my dad... and here we have Uncle Phil and Aunt Lois.

introducing people in a meeting staff
Print this Lesson

“When's this rain gonna let up?”

“Your lunch break is from noon to one.”